The Saudi Arabian-backed £305m takeover of the Newcastle United Football Club has been described as a new low in football's corruption by money. 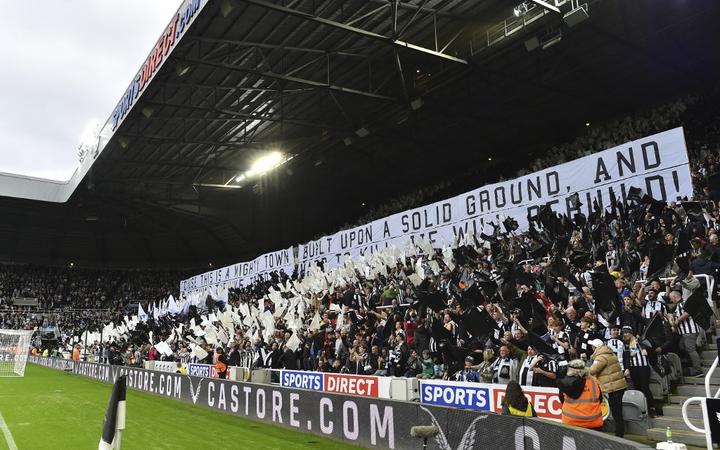 However, it appears Newcastle fans are largely indifferent with the prospect of a big cash injection igniting thoughts of a return to the club's glory days - Newcastle haven't won a major trophy since 1969.

Tom McTague is a London-based staff writer for The Atlantic. He says Newcastle's sale to Saudi Arabia highlights something quite depressing about the state of Britain right now.

“You had Geordie men with tea towels wrapped over their heads chanting, ‘we have our club back’ when what has actually happened is the club has been bought from a sort of rather distasteful British billionaire. And it's been bought by Saudi Arabia, or Saudi Arabia's sovereign wealth fund.

“So, it's hard to say that their supporters have their club back, it is now owned in the Middle East by a regime that chops journalists up.”

“This isn't the Premier League going around the world and buying other assets, it is the world's cash coming to Britain and buying up British assets that used to be owned in Britain.

“And it's a very different model to the other football leagues in Europe where it's much, much harder to do that.

“On the one hand the Premier League is now the richest the most powerful league in the world. So, it is a success story in many ways, but it is asking these quite difficult questions about OK well it's a success but what is the cost of this success? Are we comfortable with this? What happens next?”

The Premier League has been attractive since its inception in the 1990s, he says.

“There are aspects of the Premier League that are incredibly attractive internationally. And some of that is the particular nature of English football, the grounds are very close into the pitch. The crowd noise is very good. The style of football is quite physical, aggressive, quick, so it's sort of sellable around the world.

“And then you have the Premier League founded again in this previous era, this post-Cold War era, when everything was looking up and people were starting to internationalise very quickly and the Premier League sort of boomed out at that perfect moment.”

He believes the sale of the club is emblematic of a wider British culture of anything is for sale.

“It's hard to say that Saudi Arabia can't buy Newcastle United Football Club, but it's fine that the city next door to Newcastle, Sunderland, can sell Saudi Arabia a load of bombs and guns made in British factories, because they're a key ally and we're a major arms exporter to Saudi Arabia and the Middle East.”

Football fans seem relaxed about this type of ownership, he says.

“We've already had an oligarch buy one club and the United Arab Emirates buying another … and for Newcastle fans, they can just say, look, the club's not moving, this is not like the United States where the big worry of a sports fans in one city or another is that some guy comes in and takes the franchise and moves it to LA or to Las Vegas or some other city where he thinks he can make more money.

“That doesn't happen in in England. So, to some extent, that sort of rootedness in the city, the fact that this club, Newcastle, will not end up in London or in, you know, in Paris, or something like that. You can't do that. So, I don't see many protests personally.”

There seems to be a distinction between the reaction to the proposed, then abandoned, European Super League and foreign ownership of English clubs, he says.

“The super league provoked this absolute furious public backlash, particularly in England, actually. And if you look at the European press around this time, they will say that the European Super League collapsed in a large part because of the fan protest in England.

And yet there are no protests about foreign money buying up Premier League clubs in the UK, he says.

“There might not be a contradiction in that, people might think I want the security of the structure of the English Premier League, with its traditional rivalries against local clubs to remain, and I don't want some billionaire coming in and creating something completely different.

“But if somebody wants to come in and give us some money and make this league better, then fine, I'm happy with that.”

Whether this globalisation of ownership is any better than the European Super League is moot, he says, but sport is now entirely international.

“You know, this is the world we now live in.”