Guitarist Earl Slick says the 'lost' Bowie album Toy which is finally about to be released sounds "fresh and good" even though the songs were written years ago. 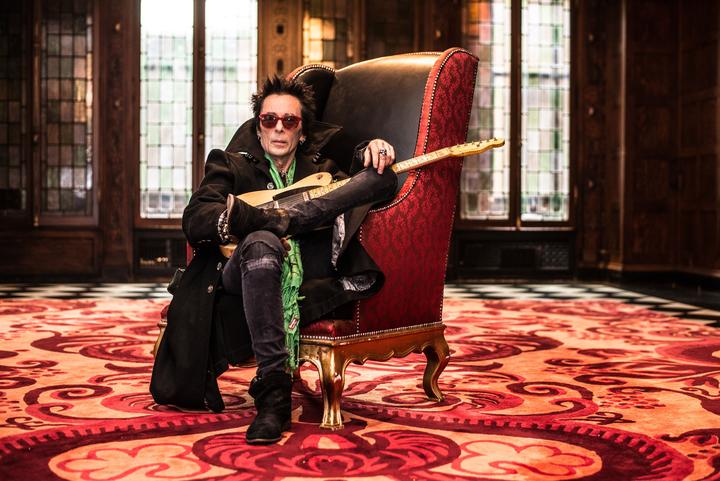 Toy mixed new songs and new versions of lesser-known songs from the early part of Bowie's career (1964-1971), but the album was ultimately shelved because of problems at the label.

Legendary Bowie guitarist Earl Slick was part of the regular ensemble of musicians who recorded the album at breakneck pace (on Bowie's instruction).

The band had just come off a series of impressive gigs and were still basking in the glow of the iconic Bowie set at the Glastonbury festival the previous year.

New York-based Slick, was a relatively unknown 22-year-old when he replaced Mick Ronson in Bowie's band in 1974.

Slick said "all the right guys" were involved in recording Toy and Bowie and the band members could almost communicate wordlessly.

"In all the years that I operated with David we operated on that ah, very little verbal going on you know, somehow we could communicate very easily without having to go through, you know, a whole dissertation about stuff."

Slick said he has a number of ideas about why Toy was not released but ultimately doesn't know why it did not happen.

Prior to the announcement of Toy's release, Slick said he had not listened to the songs in years but liked what he heard when he did.

Slick said Toy sounds like a new David Bowie record rather than a retread.

Toy came off the back of Bowie and the band's appearance at a Glastonbury festival in 2000 which was dubbed the best headline slot at any festival ever by New Musical Express.

Slick said playing at the festival was "a trip" which made more impact on him in hindsight than when it was actually happening.

"In the heat of the moment you don't realise that you know you've made a little bit of history, you just don't realise it until later."

Slick said when he first got the gig with Bowie one of his biggest worries was how the fan base would react to him taking over from guitarist Mick Ronson.

"Because that was a formidable guy, I mean Mick was amazing, everything about Mick between his guitar playing and his production chops and the way he looked and how good of a performer he was - I was like 'oh my god they're going to kill me!' They didn't, so I got lucky."

Slick first played for the Diamond Dogs tour when he was 22 in 1974 - but prior to being asked to audition was not a huge Bowie fan and said the only of record of his he had at the time was Aladdin Sane.

"The reason I got that record is because David inadvertently hit on some very traditional blues influences on that - like 'Panic in Detroit' is Bo Didley, 'Jean Genie' is 'Mannish Boy' - there were elements on that that were definitely coming from what I was doing ... and it was Mick's guitar playing on that record that also sold me."

Slick said everything about the way he looked including his hair and clothes was changed to fit in with the Bowie shows.

But he said once he got used to having to do that, he did not get any more nervous during the show than he would for any live gig. 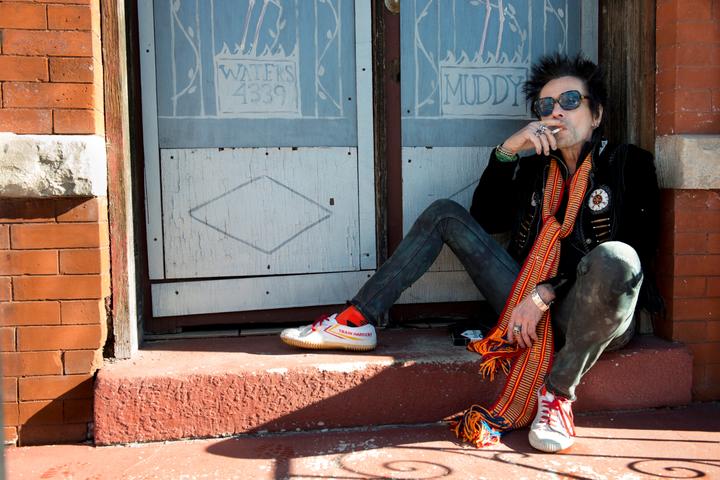 Earl Slick said it was blues influences that appealed to him in the album Aladdin Sane. Photo: Chuck Lanza

Ultimately Slick also ended up being replaced as lead guitarist, but it wasn't because of David Bowie.

Slick said behind the scenes management was not looking after them and "there was a lot of drama".

"I mean me and David had no problems with each other, we never did, ever, you know it was other people and we both got sucked into it and that was that."

Slick said there are many very staunch Bowie fans to this day.

Bowie spoke for a generation of people who felt like outsiders and gave them solidarity with each other, he said.

"He gave them something more than music, you know you can look like you want to look - all of that stuff - it's so much now become constant news headlines, but then it was done through the music and through the art and he gave them sort of a platform to communicate and I think that's what caused ... such a tether to him."

Slick and Lorde performed at a Bowie tribute at the Brits in 2016 and he originally asked why she was playing.

Bowie had called Lorde "the future of music".

"At first I didn't know there was a connection between the two of them," Slick said.

Musically things got strange at the end of the 90s - Slick

Slick said there was a lot of good music and artists from the 1950s until the 1990s but things got strange at the end of the 90s.

"The 90s was the last decade where there were actually bands playing, so the music cause it's electronically done, the idea of musicians communicating with each other inside the studio instead of one guy or two people in the studio - it's a different ball game."

Slick said like a lot of other things music became globalised at the end of the 90s.

"Right now the programmers are making the music - a lot of it is programmers."

But Slick said he can't devalue this newer music since for someone who is 16, it's just as valuable as the Rolling Stones were for him.