The ultimate guide to the everyday ailment

More than 100 ailments are covered off in Graham Lawton’s new book, which explains the latest scientific thinking around everything from clicky ankles to twitchy eyelids.

The award-winning science writer’s idea for Mustn't Grumble: The Surprising Science of Everyday Ailments and Why We're Always a Bit Ill came after a keeping diary of his daily health woes. 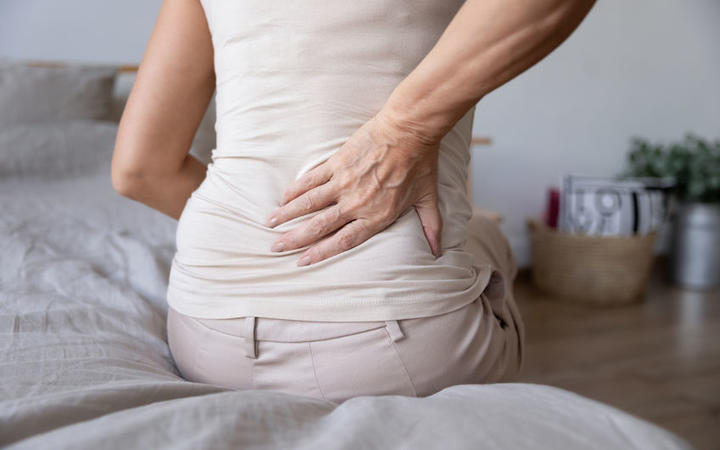 Lawton tells Jim Mora that keeping a diary confirmed what he had long suspected - that he was constantly slightly ill.

"Every day, there was always something wrong. It was often persistent things that are wrong with me all the time - athlete's foot, my chronically sore shoulder - but then it often other things like a spot, or a stubbed toe, or any number of small-ish trivial things that I didn't need to go to the doctor to see but just made my life slightly worse."

The Covid-19 pandemic has also put us high alert to symptoms that we would have previously ignored, he says.

"Whilst I was writing [the book], I had a sudden loss of taste ... and I thought 'oh dear hang on', because my son was in university and he caught Covid almost instantly when he got there and the first thing he noticed was his sense of smell and taste disappeared."

With the knowledge that people can go from being fine one day to being infected with Covid-19 and in hospital the next, he got tested.

"If that happened before Covid, I would've ignored it, but I couldn't, people my age get seriously ill with Covid."

He also explains how pain is a convincing illusion, and usually our body's sign of telling us to get away from something or to rest.

"Throbbing is widely thought, for obvious reasons, to be the blood pulsing to the site of the injury to do some kind of repair job, but it doesn't correspond with the heart beat and just appears to be another bit of subjective pain signal that the brain creates for reasons that are not well understood."

One of the biggest surprises for him was finding out that most things we think of as headache causes aren't medically recognised as such, he says.

"Tension is not a recognised cause of headaches, neither are dehydration, bad eyesight, high pressure weather systems.

"The international classification of headache disorders, which is run by the American Headache Society, had listed 200 types of headaches ... some of them are not trivial, migraines and cluster headaches, I don't talk about them in my book, I confine myself to non-serious illnesses."

There's also some folk remedies and myths that Lawton clears up in his book.

"Hiccups tend to clear up spontaneously so pretty sure that most of those remedies don't work but every now and again, they happen to coincide with the end of the hiccups and then the human brain ... sees patterns where patterns don't exist, and assumes that these things was what cured the hiccups.

"There's no connection between [cracking knuckles and arthritis] at all.

"The popping sounds horrible like your bones are grinding together but it's actually not that, it's gases that are dissolved in fluid which lubricate the joints suddenly coming out of solution and forming bubbles and the bubbles pop because as you crack your knuckles, you increase the pressure in that fluid."

Similarly, clicky ankles are usually caused by the tendon at the back of your heel slipping out of the channel it sits in, he says.

Unexplained muscle ache can sometimes be traced back to 'muscle knots', he says, which are "squelchy little blobs" that radiate pain when pressed.

"People assume, again, wrongly ... that this is a blob of lactic acid which supposedly builds up in your muscles when you exercise or use the muscle in some way, they're not that.

"If you do have referred pain or inexplicable pain in a shoulder or buttock or a calf - that's another classic place - it's often worth digging around in a different part of your body."

Twitchy eyelid is an ailment that people frequently point out they experience, but Lawton says there's no apparent reason for it and it's common for muscle groups to twitch.

"But the eyelid is so delicate and thin, and the muscles are so tiny that when it happens in your eyelid, you really notice it. It kind of feels like your eye is vibrating ... but you can't see it."

Most people get a wart at some point in their life, he says, and most disappear by themselves within four years.

"There isn't a lot of what's called immune surveillance that goes on in the skin because the skin it kind of regenerates ... but the wart virus takes advantage of this and will hide for a long time but then eventually will always make a mistake and give itself away, at which point the immune system pounces and destroys the wart."

Another issue that people think is caused by the skin is zits or acne, but they're actually a disease of hair follicles, he says, which produce sebum.

It's the reason why hair flopping on your forehead can exacerbate zits or acne in that area, he says.

While there's many minor ailments we worry about, they eventually see us right, he says.

"The human body is amazing, and most of the threats we face are kind of minor but our bodies deal with them by producing minor 'illnesses' that we just have to put up with because that's the price of staying alive."