How our smartphones are turning us into dopamine junkies

As chief of Stanford University's dual diagnosis addiction clinic, Lembke has treated patients addicted to everything from heroin to water (yes, you read right), and she refers to the smartphone as the "modern-day hypodermic needle".

Her new book, Dopamine Nation: Finding Balance in the Age of Indulgence examines how we can beat our digital dependencies, with its central thesis attempting to find out why with more abundance than ever, we remain less happy than we were in the past. 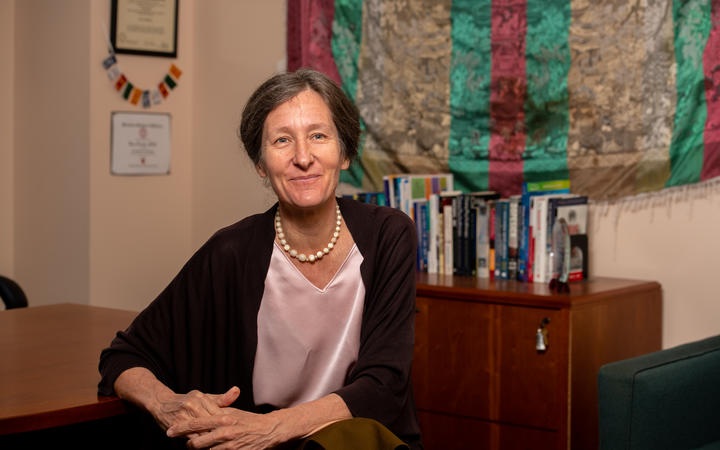 Lemke sounded early warnings about the opioid epidemic to come in America, and she testified before Congress and wrote the best seller, Drug Dealer MD: How Doctors Were Duped

We have transformed the world into one of overwhelming abundance, she tells Jim Mora, and yet surveys seem to indicate we've never been less happy.

"Health surveys and happiness surveys all show that people are less happy than they were two decades ago, richer nations have more unhappy people and more people struggling with depression and anxiety than poorer countries.

The central thesis of her book Dopamine Nation is that unhappiness is a natural biological response to over abundance.

"We know that because of the neuroscience of addiction, and what we learn about how the brain accommodates highly rewarding, highly pleasurable, highly dopaminergic substances and behaviours.

"We essentially accommodate that by down regulating our own dopamine production, our own dopamine transmission, we put ourselves into a dopamine deficit state to try to counterbalance the kind of continual experience of these pleasurable substances and behaviours."

When we do something that's rewarding or pleasurable, we get a slight increase in our dopamine levels in a part of the brain called the reward pathway, she says.

"But no sooner has that increase occurred, then it's followed by a return, not just to baseline levels of dopamine, but actually below baseline. And that is the kind of restlessness, craving dysphoria and anxiety that drives us to reach for that substance or that object, that device again, it's not necessarily in search of pleasure, but to mitigate that dopamine deficit state that follows intense rewards.

"So we can very quickly then get into this vicious cycle, where we're not reaching for something to feel good, but rather to feel normal or to stop feeling bad."

Pleasure and pain are co-located, and processed in the same parts of the brain, she says.

"So when I do something that's pleasurable, my balance tips to the side of pleasure, I get a little release of dopamine, our pleasure neurotransmitter in the branch reward pathway.

"But one of the overriding rules governing that balance is it wants to stay level and it does that by tipping the balance equal and opposite amount to the site of pain immediately after the pleasurable stimulus."

Continuous over stimulation of the brain's pleasure pathways worsens the situation, she says.

"If I continue to bombard my brain's reward pathway with these highly reinforcing drugs and behaviours, I eventually end up with so many Gremlins on the pain side of my balance, that not only do I need more and more to get the same effect, but when I'm not using, I'm in a dopamine deficit state, I've got a balance tilted to the side of pain.

"I experience the universal symptoms of withdrawal from any addictive substance, anxiety, irritability, depression, insomnia, craving. And I will then seek out that drug not to feel pleasure, but just to stop feeling pain."

Abstinence can reset the balance of the brain, Lembke says.

"Our expectations have been manipulated not just by the culture, but also the biology of too much dopamine. What we need to do is tolerate a period of abstinence from all of these pleasure-inducing stimuli, allow our pleasure-pain balance to reset itself.

"Then really stop and look around at the lives that we have, and reinvest in where we are, with an understanding that it's effortful, and it's painful, and we won't always feel good and that life in general, isn't a big party."

Her message is liberating rather than one of doom and gloom, she says.

"I have a lot of patients and also readers who have contacted me and said that it's actually uplifting for them to hear that they don't need to feel happy all the time, that they they have a right to be unhappy in their lives, and there's not something wrong with them or less than or chemically imbalanced, you know, if they experience life as difficult."

We have to create barriers between ourselves and the object or activity to which we are compulsively returning, willpower alone won't cut it, she says. 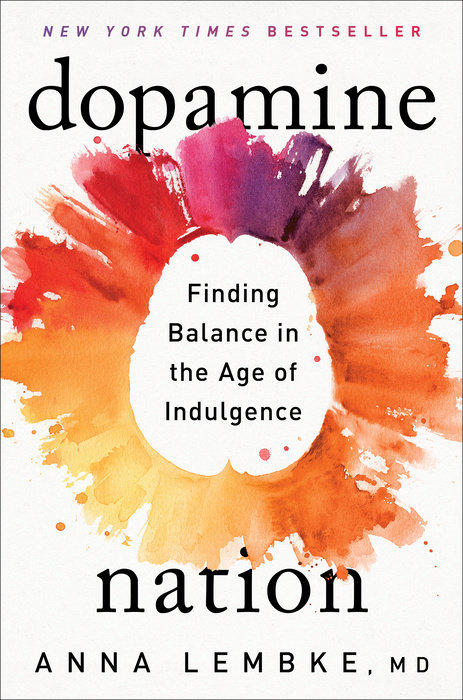 "And if we just rely on willpower, none of us will be successful. So instead, we have to do things that decrease the quantity potency and novelty of the many drugs around us."

Making the smartphone less attractive is one strategy she recommends.

"A simple way to decrease the potency is to go grayscale and make it less colorful.

"One of the ways to decrease novelty is to delete some apps and certainly it's very important to turn off alerts."

"We've been conditioned like Pavlov's dogs, to have a little mini spike in dopamine when we hear the alert, just like Pavlov's dogs salivated when they heard the bell or saw the light that they knew indicated that a slab of meat was coming.

"Because what happens with that little cue induced dopamine elevation is that it's followed immediately by a little mini dopamine deficit state below baseline tonic levels, that drives the compulsion to seek out the drug."

Living one day at a time, doing what needs to be done is the key to a more contented life, she says.

"I have come to believe it ever more firmly. Because I see so many young people who are born with every imaginable privilege - good parents, excellent education, relative wealth, and they're so unhappy.

"And it's just so sad to see that because they're really leading these empty lives that are so misguided by this idea that once they find that one magical elixir or whatever it is, that somehow that they'll be complete, and that all these other people around them, who seem to be better off, it's because they found it."

"Some of the most successful people and dare I say happiest people, although I don't think they were striving for happiness, are people who weren't trying to find their passion or even stand out in any particular way, they were just people who saw that a job needed to be done and that they were in the right place to do it."