The question of how often we should exercise to stay in shape is almost impossible to answer, says sports scientist Matthew Wright.

He has co-written an article for The Conversation on the topic, and tells Jim Mora quality is more important than quantity when it comes exercise. 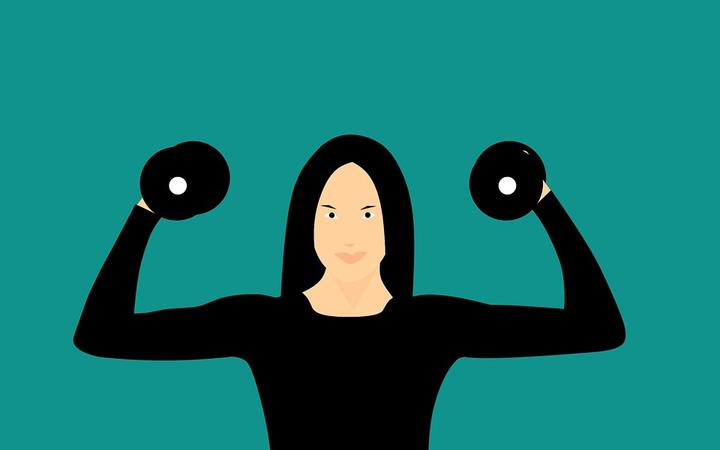 We can get results from doing a lot less than we might think, Wright says.

"I think sometimes people think that more is better but that's not necessarily the case and it depends on so many different things.

"Things like high intensity interval training can be really a small dose, for example, [a few reps of] 30 second bursts, doing it a couple of times a week ... and they can have a lot of health benefits for us."

So we don't need to overexert ourselves with intense forms of exercise, he says. For example, you could see benefits from just one day a week of resistance training.

"With resistance training, you don't need to work to maximise intensity, a heavy resistance is good for us if we're accustomed to it.

"But if we're doing reps on a bench press, we don't have to do that [up to the point of] failure. We can have a couple of reps left in the tank so to speak, and that has just as much improvements, if not more, than going to failure."

If you want to do high intensity but aren't used to it, it's better to start off with something like a bike that puts less strain on your tendons than for example tuck jumps, he says.

Wright also recommends you consult your GP for any exercise that may be new or exhilarating for you, especially if you have underlying conditions.

"It's a bit easy to get your head around than to say 'oh I've got to train for a long period of time, got to do an hour in the gym, or six days in the week'.

And people shouldn't feel guilty about a few days off because, although exercise is designed to stress our muscles, it's the recovery that creates the improved fitness, he says.

"Any exercise is better than none.

"You exercise and it takes two to three days to recover, so those two or three days are never really a big problem.

"It's probably when it goes into weeks [that it becomes a problem]."

However, the amount of rest days also depends on your workout - low intensity exercises like daily walks don't require as much recovery time as high intensity intervals.

Wright doesn't think weight training and cardio should be compared, because they're both good forms of exercise but with different benefits.

"If we can build muscle mass [through weight training] then that's useful in terms of metabolic rates so we can start to burn maybe a little bit more fat, more calories through the day and that might be beneficial from a weight loss perspective.

"It also helps us move ... if we're stronger then we can apply force better and when we're trying to walk up and down stairs. So resistance training has got lots of benefits but equally so does cardio."

There are also the less visible benefits of exercise that we gain over time, like decrease in risk of diabetes or heart diseases and gaining more energy, he says.

Dr Matthew Wright is a lecturer in biomechanics and strength and conditioning at Teeside University and a sports scientist with the British Association of Sports and Exercise Sciences.