Lockdown has us stuck in our own kitchens again, but many Kiwis are missing speciality dishes from our favourite takeaway restaurants.

In a new series, Auckland food writer Vanessa Baxter shows us how to get a quick, healthy fast-food fix at home, including some great ideas for homemade burgers and pizza. 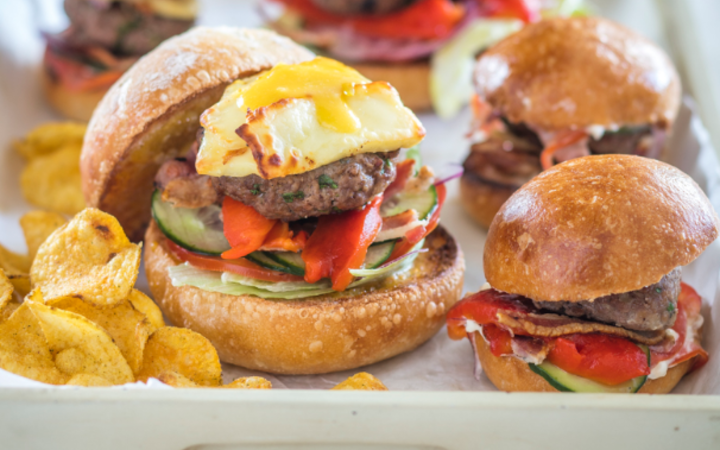 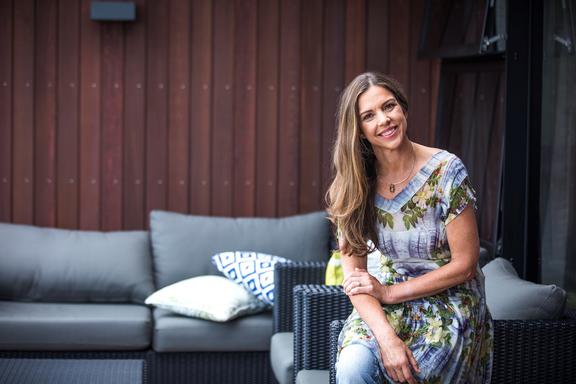 Although Baxter enjoys cooking her own style of "fast and furious" food, she worries about how the prevalence of commercial fast food will affect future generations.

"The unintentional consequence of relying on being able to buy your food quickly or pre-prepared all the time is a total lack of understanding of how to actually prep a meal," she tells Jim Mora.

"But it also means [people are] further distanced from where food comes from, how its grown, but even how to shop, prep, and prep a meal. And that doesn't have to be a laborious task."

Mouth-watering ads for takeaway food can be very tempting, but the reality is often disappointing, Baxter says.

"[Fast food chains] are careful in how they're creating the food [that appears in ads]. It is what it says it is, and it must be to meet advertising standards.

"But there are still tips and tricks, and plays of light and ways of presenting the food, which means what happens at a kitchen in a fast food outlet is very different to what is done by the food stylist and the photographer who are putting together an ad campaign."

Fast food, while it can be cheap, misses the mark on nutritional value, Baxter says.

High levels of fat, sugar and salt are what make it seem addictive.

"Unfortunately, it also encourages us to eat more. Whereas at home, you can really take control of how much salt you're adding in [and ask yourself] does it need a teaspoon of sugar in the mix? No, it does not.

"You can also add lots of dried herbs rather than adding excess seasoning in the form of salt. It's also changing your palate a bit away from the reliance of some of those additives that you become used to if you're consistently eating pre-prepared food."

Fast-food meals at home - such as meatballs, burgers and pizza - should still be considered a "special treat" even if they're homemade and healthier.

"These are kind of like your alternates to fast food, they're your healthy at-home versions. But if we all had burgers every single day for dinner, it's probably not ideal either."

There are plenty of ways to get your family excited about healthier meals, Baxter says. Case in point - meatballs.

"We've been having a lot of meatballs in my house, and it doesn't sound that exciting but there's a lot you can actually do.

"You can use different types of meat, of course ... and you can change around all the different flavours and combinations, you can have an Asian-style one or an Italian-style one. Then of course manipulate the sauces you're going to put with them."

Sneaking in some grated veggies is often a good idea, especially if your kids aren't getting their daily recommended intake.

"You can be very clear about the quality of your meat, so you can choose a leaner meat. The flipside of that is how do I then make sure that I don't have a really dry inedible meatball?

"The way to combat that rather than adding fat is to maybe grate a juicy type of vegetable, like a carrot or zucchini, which adds in that fabulous moisture content but doesn't mean you're using a higher fat meat."

Burgers but better for you

Start from scratch with the patty, Baxter says.  She recommends buying lean or hamburger mince, or mincing up a chuck steak cut if you prefer.

"Just try not to overhandle your mince - that's the biggest flaw I guess in trying to make your own hamburger meat, is people manipulate the meat too much and sort of push it together and down.

"Even if it's a bit wonky to look at, you're going to have the juiciest burger that way [with the least amount of hand action].

"Then you can shallow-fry it or finish it off in the oven if it's thick ... and the simpler the better. Just a simple mince with salt and pepper is fine and maybe some thyme.

"Otherwise, if you like to and you've got kids who are averse to vegetables, of course you can grate some vegetables into that patty as well and create it with a bit more bulk."

"You can grill off some vegetables and pile those in there as well, or just keep it super simple with a slice of tomato and some Kiwi favourites - beetroot and some lovely, grilled, non-pre-sliced cheese."

If you don't have time to make your own pizza dough, flatbreads and wraps can work well, Baxter says.

"You can actually use that base and put some ingredients on it, pop it in the oven for five minutes, let the cheese melt and the tomatoes caramelise a little bit and you've got a really quick and easy lunch that the kids can actually put together themselves and enjoy eating."