Kiwi Sweet Tooth star: 'Bear' role was made for me

The young actress spoke to Sunday Morning about the fantasy drama and its underlying meaning, and how being apart from loved ones and home to film and diving into some dark storylines has affected her. 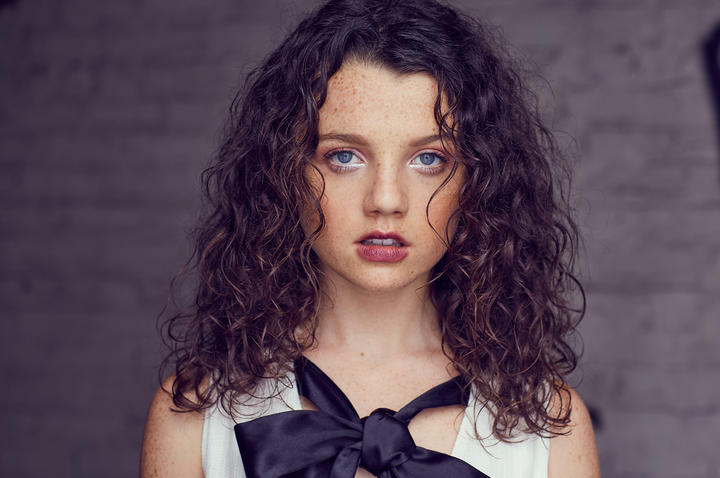 Born in Miami to a Cuban-American mother and a Kiwi father, she said New Zealand is her home.

"It's kind of confusing because I have the American accent so people assume that I'm American, but I grew up here and I did all my school years here," she told Sunday Morning.

The 23-year-old has always had a bit of performing in her blood, with her mother having studied dance at university, and her father having done a bit of theatre.

"Growing up in that kind of household, I feel like performing was always around me and same with my sisters, my sisters did dancing and drama."

And she is already a bit of a veteran in the field, with a wide range of acting credits under her belt, including in films The Lovely Bones and Paper Spiders and in series, like Messiah, Chance, Running Wilde, and The Carrie Diaries.

Although she admits she has been lucky to play diverse characters, she said being far away from home was something that made her question her career.

"Most of the things that I've done have taken my overseas, into the States, and that's one of my favourite things but it's also one of the hardest things because I'm away from home and my family.

"When I came back from Messiah, the reason why I came back home was because I got very burnt out ... I felt disconnected from home.

"I just thought how am I going to keep doing this if I'm going to be pulled away from home all the time like is this job actually for me?"

So when it came to filming Sweet Tooth in New Zealand, she said there was a "serendipitous" power behind it.

The show, based on a DC comic and being made by Robert Downey Jr's production company, is about a boy called Sweet Tooth in a world full of hybrid creatures, part human, part animal, who are persecuted.

LaVie Owen's character, called Bear, is an activist and the leader of the Animal Army, protecting hybrids from humans.

"I liked how Bear was described, she was described as the 'Greta Thunberg' of the show, an activist, she's strong but she's sweet," she said.

"It had this magic quality to it, it's kind of hard to describe but I just knew that I needed to play Bear, it just felt like 'mine'.

"Bear and her belief in hybrids and another way is really a depiction of this generation, my generation, being like 'actually we can't keep living like how you've been living, we need to pave a new way'. So I felt like a generation Z representative."

Hybrids in this series are showing humanity the way to a better future, but the humans fear them because their arrival coincides with a pandemic.

Having filmed the first episode before the Covid-19 pandemic started, LaVie Owen said the cast and crew were "floored" by the parallels.

"When the pandemic did happen, they were contacting each other like 'what the hell?'

"I was also experiencing a lot of anxiety and my mental health was struggling. I mean it worked perfectly for the role I was playing, because she's carrying a lot of burden and pain.

"It's interesting though, even though you feel isolated, at the same time, those are the things that bind us together - those common shared experiences that are hard to get through."

But the actress is no stranger to facing challenges, having gone through long filming days, depicting intensive scenes.

"Even though you're acting, you're putting you're body through the scene you're in and you're believing 'okay that's my mom, and she's having a breakdown'," LaVie Owen said referencing Paper Spiders, which is about a daughter and her mother who struggles from mental illness.

"We were filming every day for long hours so that was a very extreme and intense experience, it was also very cathartic, but whoa, I had to learn quite quickly how to really take care of myself once the day is done."

As for the future, she said she was not afraid to walk away from acting if it was no longer fulfilling for her.

"Actually after I'd finished filming Sweet Tooth ... my agents were like 'okay, we're going to send you stuff'.

"I ended up buying a VW Kombi van and I just went the South Island and I went MIA.

"I also questioned whether acting was for me, I just need to do this for me ... and I was open to whatever that meant.

"Through that experience and being away ... I did actually realise that acting is something that I'm really passionate about and something that I connect with, but I'm definitely open to try other things."