In 1914, on the eve of WWI, Ernest Shackleton set sail on an Imperial Trans-Antarctic expedition, planning to make the first crossing of Antarctica from sea to sea, via the pole, on a ship aptly named Endurance.

What resulted is a story of unimaginable suffering and courage that saw Shackleton and his crew of 27 men undertake a trial even more extreme than their planned crossing of the frozen continent. 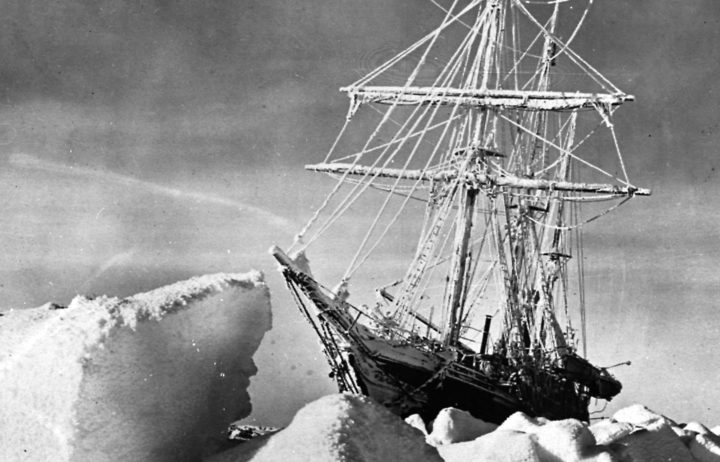 “It does seem extraordinary that a place that is so hostile to human life could really get under the skin of so many people,” Grochowicz says.

“Not only is there nothing there but it’s an incredibly hostile and unpredictable environment that really reduces everybody to their essence.”

Shackleton didn’t have a natural affinity for polar regions, she says.

“He was a seaman in the merchant navy, and it wasn’t until he really went down to Antarctica with Captain Scott during the Discovery expedition that it really got under his skin.

“He said as much, that ‘once you get the fever you can’t stop going’. That was the end of him because he knew that ultimately that the wild would win.”

Grochowicz realised while a lot of people know about Shackleton, they don’t necessarily know about the other men who accompanied him on the Endurance.

“That to me is the real magic in this story, is uncovering the lives of the other men that were with him - very capable men.”

New Zealand skipper and navigator Frank Worsley was among them, as was Frank Wild and Tom Crean. Then you have the tricksters and eccentrics like Thomas Orde-Lees and Harry McNish, Grochowicz says.

“I think it was quite important to bring them into the story as well, so even though the book is called Shackleton’s Endurance, it takes material from all of their journals, all of their letters and subsequent archives.”

The Imperial Trans-Antarctic expedition was one mounted on the smell of an oily rag - they didn’t even have enough coal to reach Buenos Aires, where the last of the crew were hired, Grochowicz says.

“Shackleton really was the master of improvisation.”

South Georgia was the last port of call before Antarctica. It was there the crew was told by whalers that the ice conditions were unseasonably awkward further south.

“The captains had said ‘you won’t get down there’.”

Starting to see their timeline shift dramatically, the crew suddenly had to adjust and grapple with a great deal of planning. It was a month before they set sail again.

“Once they headed south from South Georgia they had a reasonable time in the sea ice, they were caught out and drifted a fair bit but ultimately they got there by January. [In] January, they had a clearing, and they were able to steam ahead.

“But then the boat got properly caught [in ice] at the end of January and never released again, in fact they drifted for nine months in the sea ice.”

Sea ice is a moving beast, she says.

“Essentially you have the entire Weddell Sea compressing around your boat...the pressure is just extreme.”

The boat ended up sinking, and the men were forced onto the ice.

Trying to maintain the morale of the men, Shackleton refused to start stockpiling seal meat, and cut their rations.

“He didn’t have a plan, again he was improvising, but what he knew with great certainty was that if the men were not convinced that there was a plan then the group dynamic would start to disintegrate, and he would lose men.

“As we all know, food can keep your morale up.”

After nine months on the sea ice, the team tried to drag their three small boats across the ice to open water, but it was just too difficult, Grochowicz says.

They instead established a camp – aptly named Patience Camp.

Eventually, Shackleton decided to gamble on an epic small boat journey. “It was essentially their only hope.”

They drifted on the sea ice north, thinking that once they got far enough north the sea ice would begin to break up and they’d be able to launch these boats.

“It was a very sketchy idea because when the sea ice starts to break up it doesn’t sort of break up in a very ordered way, it’s a violent zone of ice and waves - getting through that was their first challenge, this incredible tumultuous violent boiling zone where the sea meets the ice.”

Once they got through it, Grochowicz says, they managed to launch the three small boats using a combination of rowing and sails and set out for Paulet Island where they knew a cache of supplies lay waiting.

However, a combination of foul winds and tricky navigation blew them out towards the South Atlantic, taking them to the uninhabited Elephant Island and ultimately South Georgia Island.