Scientists sense they are getting closer to discovering aliens

SETI (Search for Extraterrestrial Intelligence) senior astronomer Seth Shostak made a daring bet in his 2012 TED Talk: We'll find extraterrestrial life by 2036 or he'll buy you a cup of coffee.

Nine years later, Shostak remains convinced that the technology is becoming so good that it will only be a matter of time before we confirm that "we're not the only game in town".

Shostak told Sunday Morning about the search for aliens and how eventually crossing paths with them is essentially just a numbers game. 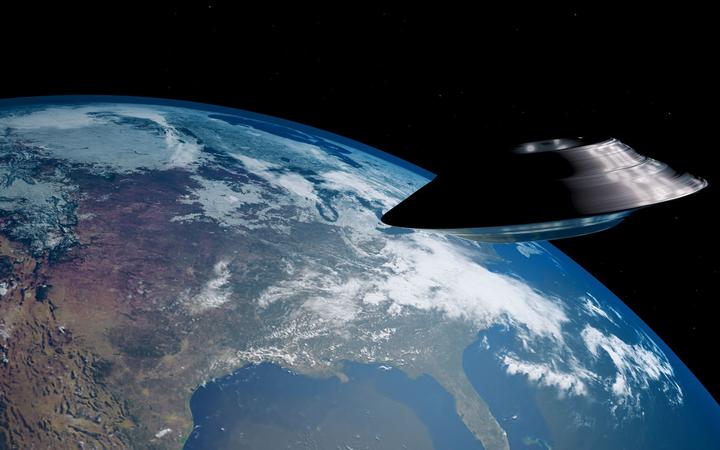 UFOs are well and truly back in the news; what is it that US navy pilots have seen on their radars moving with incredible speed and performing impossible-seeming manoeuvres in the sky?

Barack Obama said a few days back on The Late Late Show with James Cordon, that we don't know what they are, we can't explain how they move.

There is a highly anticipated US Government report about to be released from the pentagon in conjunction with the senate intelligence committee, and its leaked conclusions are in media already. It doesn't find, apparently, that unexplained aerial phenomena are alien spacecraft, but it also doesn't conclude they aren't.

Russia and China are known to be experimenting with hypersonic technology to produce weapons and craft that can move at five times the speed of sound.

Shostak studied physics at Princeton University and astronomy at Caltech, before working with radio telescopes.

He is the host of SETI's Big Picture Science podcast, and has written four books on astronomy and technology.

He believes there is not yet any credible evidence to prove we've encountered aliens, but that they are out there and we will find them.

"Today we can do things at least 10 times better, and in many cases a million times better [because of computing power]." 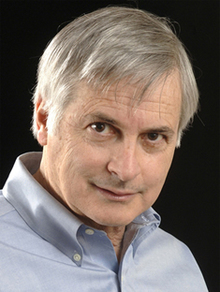 He says SETI sends out and scans radio waves to try to make contact with anything that might be out in space: "We use these big antennas and point them at some nearby stars, and hope to eavesdrop on radio Klingon, or something of that order. And we haven't heard anything, but I do believe that in the next, say, dozen years, we will pick up some indication.

"The speed of the search is determined simply by what kind of computer you have, or how fast your computer is. And I'm sitting here in Silicon Valley, and within five miles of where I'm sitting they're designing all the new chips that will be in computers five years from now. Computer power today is just doubling every couple of years, and that means the speed of our search for ET is also doubling in speed every couple of years.

"The fastest computers for doing SETI, it turns out, are based on hardware that's designed for video games - if you want to know where the fastest computers in the world are, just go down to your local video game store and you'll find them - maybe the military has something faster, but honestly, I think they probably just use the same chips that are used for Grand Theft Auto and stuff like that."

Why haven't we found them yet?

"Maybe we're tuned to the wrong spot on the dial, maybe there are no aliens - I find that a bit radical, but people have suggested it. Or maybe we just don't have enough sensitivity, there are plenty of transmitters out there, but maybe our receiving setups are simply not yet good enough to pick them up."

Shostak is convinced the methods SETI is using are the right ones, and that while advances in technology are speeding up the work, the underlying method for how to carry out the search is essentially the same. 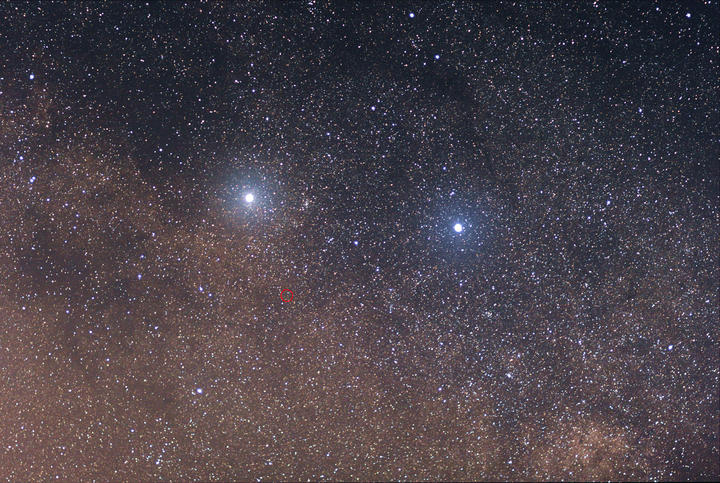 The Alpha Centauri system (left) and Beta Centauri (right), and Proxima Centauri (in the centre of the red circle), the closes star to the Sun. Photo: Supplied/ CC BY-SAA3 - Skatebiker

"Radio is not just a fad of the moment, any more than the invention of the wheel or fire, or any of these very fundamental discoveries are just fads.

"Yes, what you hear on the radio will probably change in another whatever number of years, and 1000 years from now you might not have top 40 radio stations, but what you will have is the use of radio.

"Because it's just [a way of using] nature - it's a quick way of sending bits of information from one place to another. So, we assume the aliens are using radio no matter what they're using it for.  I think they will use radio, in the same way that I would speculate that any advanced society would use the wheel. Maybe they don't - it's possible that all their cars have legs - it's possible, but I think the wheel is such an obvious thing.

What about the reports of unidentified flying objects already sighted and reported on Earth? What does Shostak think of the various theories that aliens could have travelled here already? Could they just be messing with our heads when navy pilots see inexplicable craft from their cockpits or on radar screens?

"I actually don't think it's terribly plausible, but it's certainly possible. It doesn't violate any physics, but it does make certain assumptions about what the aliens find worthwhile to do," Shostak says.

"Where do they want to spend their intergalactic crew's [resources]? Teasing our top guns doesn't seem to me to be one of the possibilities, but having said that, you have to look at it - it could be."

However, he says there are more likely earthly explanations for such unexplained phenomena.

"The phenomena [of UFOs] certainly exist. Radar is reliable, but it's in a sense no more reliable than standing on the deck of a ship and using a good pair of binoculars - you might see things that aren't actually what you believe them to be. The same is true of radar, you can be confused by radar, it happens all the time, so far we haven't started a war because of it. 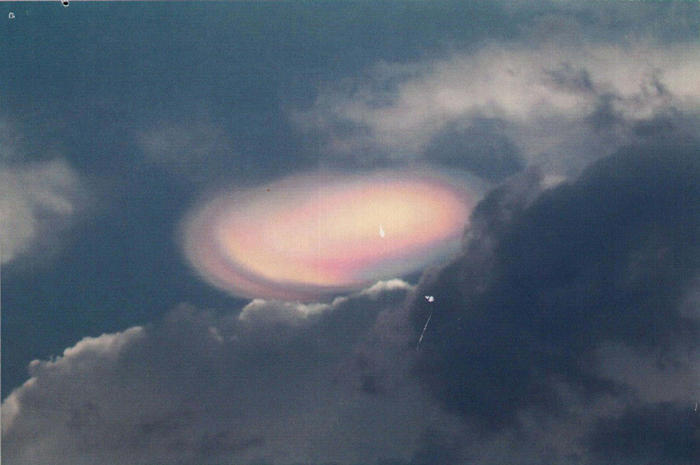 "Reports like this go all the way back to the 1950s, they were then investigated by the US Air Force. You don't want to send up these fighter jets and have them collide with a Klingon battle cruiser or something like that - they want to know [what these reports could be]. And, maybe these are Soviet craft, maybe they're Chinese craft; they need to know that sort of thing. So it's not surprising that the military have investigated [the recent incidents], but they've done that before.

"There have been maybe four or five reports [into such incidents], and these reports were pretty good, the people involved were academics, real experts on this kind of stuff, and the reports basically all said the same thing: Namely that 90 percent of the incidents that were reported we can understand in terms of known natural phenomena, birds or balloons or other aircraft, or whatever - 10 percent we can't understand.

Reports by respected professionals like pilots have been particularly heralded, but does he think they're more likely to offer credible evidence of alien visits to Earth?

"If they do talk about it, all they say is: 'I saw this thing in the sky, and it was just hanging there in space, or it was darting around like a firefly, three feet in front of my head' - or something like that. 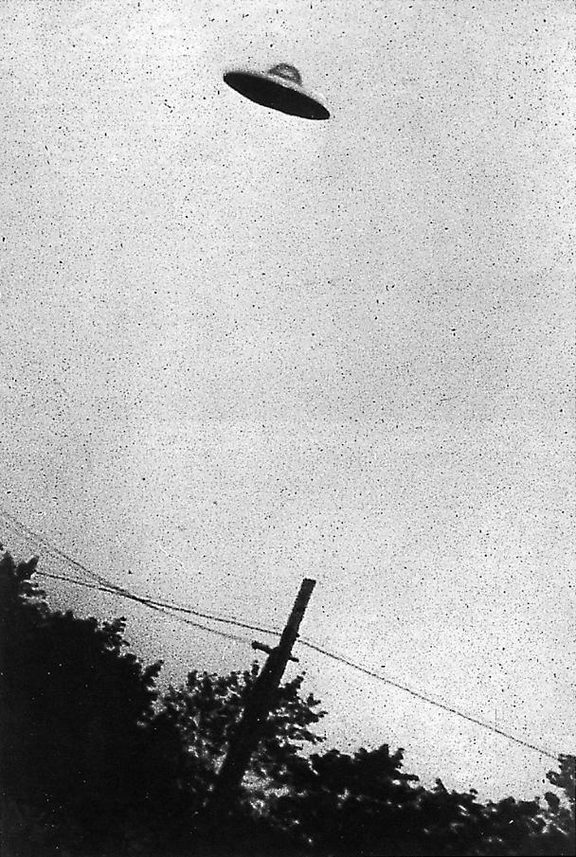 A supposed UFO sighted over New Jersey in the US, 1952. Photo: Wikimedia Commons

"And what you find happens is that these sort of reports get treated much more seriously than if your next-door-neighbour said it, particularly after evening cocktail hour, because this is somebody who's a serious person. They're a commercial airline pilot, they're a military pilot, they're trained observers one way or another, and you think 'well, they're not going to lie, so I guess this means the aliens are here'.

"I get emails and phone calls essentially every day from people who have seen something or experienced something, and I ask them to send videos and photos ... half the time they do, and I've never seen anything where I've thought 'this is it... this is worthy of following up'.

"There are all sorts of prosaic explanations that might account for these reports. You've got to be careful not to say 'well, these are trained pilots, and consequently this must be something very very unusual'.

"Pilots are actually trained to recognise other aircraft, that's what they're good at. And if they see a blimp or a balloon or something [else], they may not recognise it.

"There's something called a helikite, it's a combination of helicopter and kite, it has kind of a triangular shape and can go up to extraordinarily high altitudes. And there's a video on the web that seems to show a triangular shape, and people are saying 'well, these pilots say they saw this thing, it must be ET' - well, maybe. But it could have been one of these helikites. There's always an explanation.

"They are many cases that are indeed still puzzling, but to jump to the conclusion that because it's puzzling it's also extraterrestrial, that's the dangerous step."

"I think there's something out there, it's just a numbers game. The number of planets in the Milky Way is like a trillion, and we can see two trillion other galaxies, each with a trillion planets. These numbers are so far beyond ordinary ken, there are more planets out there than there are grains of sand on all the beaches of earth, people say - that's true.

"That discovery [one day], will be the kind of discovery that can be verified by other people."

And because of its range of coverage so far, Shostak says aliens civilisations are only likely to have had the opportunity to respond to humanity's radio signals if they are within about 35 light years of earth.

Thirty-five light years is "the farthest away they could be for there to be enough time for [the song] Johnny Be Good to get to them [broadcast by SETI], and for them to get a response back here."

It is most likely, Shostak says, that they simply don't yet know about us, as they're too far away.

"If any star system beyond 35 light years doesn't know about homo sapiens, then there isn't too much incentive for them to come here and tease us or challenge us or abduct us, or any of that stuff.

"Now, I may still have to buy a lot of flat whites, but it's still my contention: that that's a reasonable expectation."