The Empire State Building once dominated the New York skyline, towering above the city at 102 storeys high. But just as artist and architect Andi Schmied found as she stood taking photos from its observation deck, a handful of luxury apartments now threaten its view.

In the city for an artist residency, and fascinated by these exclusive high-rise buildings, Schmied decided she’d attempt to gain access to this elite world.

She documented her experiences in the book, Private Views: A High-Rise Panorama of Manhattan. 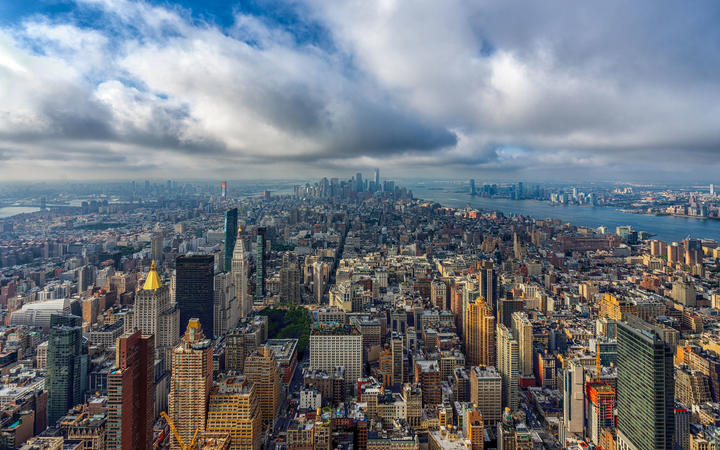 “The only way I found to get in was to pretend I’m a flat hunting billionaire.” Schmied told Jim Mora.

Creating a new identity as a wealthy Hungarian buyer, she went by Gabriella (her middle name) which meant a Google search would return nothing, but she could still use her passport as ID if needed.

A good friend in Budapest who deals in antiques and owns a gallery posed as her husband.

Schmied spent all of the money from her artist residency on clothes, makeup and taxis to make sure that she looked the part.

“At the beginning I was really nervous about these small details but then soon realised that actually from the point I’m let in these places, it’s all fine. They will never doubt me again.”

During the first viewing Schmied was surprised to find she was asked a lot of questions about herself but there were no credit checks.

“By some of the questions it became pretty clear to me what kind of people these agents are dealing with.” 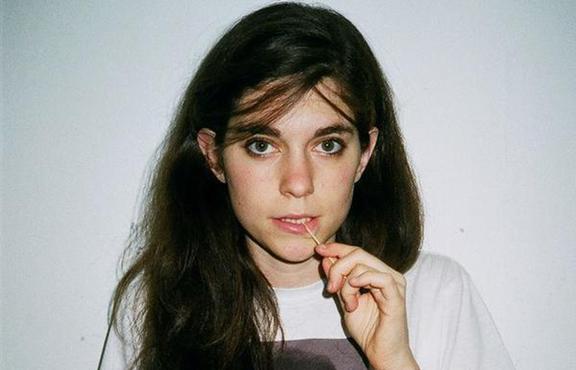 There was a theatricality to the viewings, she says.

“[The first agent] asked me if I liked Edith Piaf, I told her, how does she know, yes of course I love her. She said ‘oh I know it because of your European sophistication’...then she told me to sit down on the sofa and stare at the windows, which at that point had the curtain [across]...she told me to close my eyes, I closed it, and then she put on Edith Piaf and the curtains started to open and there was Central Park.

She told me at the end ‘Imagine if you could do this every day’."

After viewing a number of apartments, Schmied says she noticed there was nothing unique about them.

“You enter the apartment, you see the best view...You have master bedroom which usually has two bathrooms attached to it, his and her bathrooms. In all of them you have some crazy kind of marble in the kitchen and in the bathroom which the agents really proudly tell you about, that this is the best marble on the planet right now...sometimes it’s absurd, this is coming from the same quarry as Michelangelo’s David.”

Agents emphasised that she would never need to worry she would meet her neighbours, that the concierge would fulfil her every wish no matter the hour and that there would be private residential restaurants with rotating Michelin Star chefs. One agent even offered her a yacht. 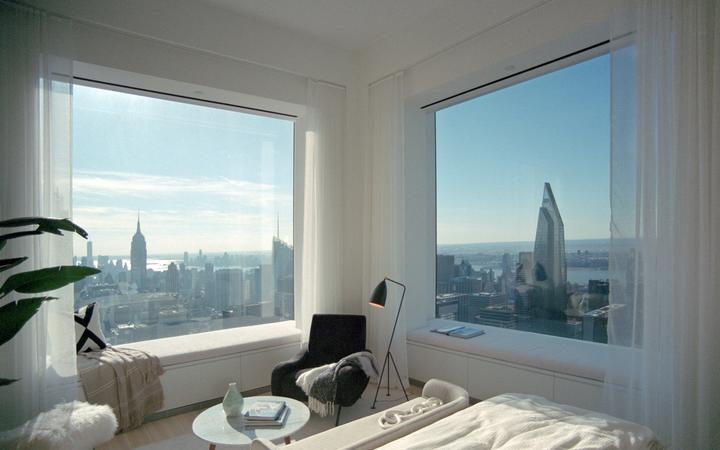 To her surprise, once the book came out over 50 real estate agents contacted her to tell her they loved the project – although, she says, none that she had dealt with personally.

“The agents at these levels, at the levels I was at, basically many of them were owning apartments in these buildings because with all of the commission they get they can afford it.”