Gerry Beckley: 'We now actually have a horse named No Name'

Founding member of the band America, Gerry Beckley, splits his time between Sydney and California these days —usually flying back and forth about five times a year.

But due to Covid-19 he has had to stay put in Australia, giving him the opportunity to focus on the release of his new solo album Keeping the Light On.

Gerry joined Jim Mora to discuss the early days with America, playing with Pink Floyd as teens, and the legendary 'Horse with No Name'. 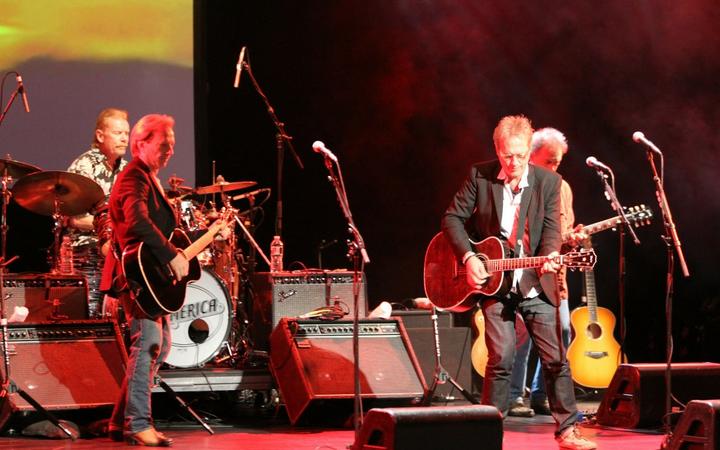 The band, which usually plays 100 shows a year, formed 50 years ago in London - Beckley and Dewey Burnell were the sons of US military families living at an air force base near London.

Their earliest gigs were supporting the like of The Who and Pink Floyd.

“Back in those days there weren’t really pick-ups for acoustics, so we had a microphone in front of each of us, so you had to sit quite straight and not move away.

"Pink Floyd were performing Atom Heart Mother, their entire album, at the Roundhouse in Chalk Farm London. They had a 90-piece orchestra and choir.”

Quite a contrast to the introspective, sweet harmony singing of America, Beckley says. 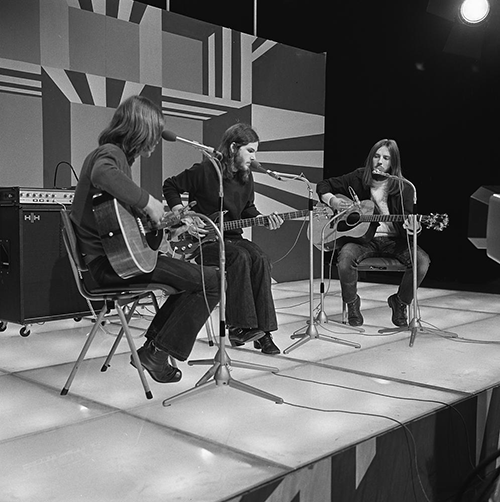 “It was virtually the same show between us and Floyd — if you closed your eyes it was identical!”

Beckley wrote one of the band’s biggest hits, ‘I Need You’, at just 16.

“I got lucky early with that. This might be the case with a lot of writers, sometimes with the earlier stuff there’s a charm to that stuff.”

The band decamped to California in the early 70s where the West Coast Sound was in full swing. They stayed at the house of record mogul David Geffen.

“One of the ironies about the West Coast Sound is nobody was from the West Coast, we came and joined the group and we were from the UK, Joni [Mitchell] and Neil [Young] were Canadian, Stephen Stills was from Florida, Don Henley and Glenn Frey from The Eagles were Detroit and Texas — so what you really had was a state full of immigrants.”

Beckley met many of his musical heroes at Geffen’s house, Mitchell was staying there working on her follow up to Blue, For The Roses. 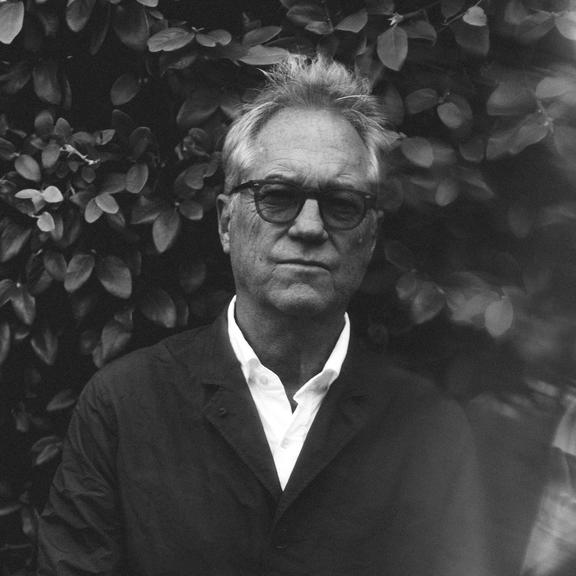 “David Crosby would come over sometimes and I met David from the earliest days. And I said ‘David it’s so great to meet you, we’re big fans’ and he looks me in the eye and goes, ‘well that’s obvious’.”

The question as to why the horse was never named is answered by a joke.

“One is we named him Frank and rode him to the bank.”

But he says bandmate Dewey Burnell does own a horse with no name.

“There’s a lovely coda to this story, Dewey and his lovely wife Penny are fanatical wildlife supporters and supporters of animal rights and they have adopted a wild mustang … and they’ve named it No Name.”

For all of its cryptic lyrics the chorus can be sung by anyone anywhere, he says.

America’s fan base remains loyal, he says, and the band respects its audience.