Over 55 years ago, Welshman Brian Robson mailed himself to London from Australia in a crate, with the help of a couple of friends he would eventually lose touch with. Now, he wants to find those friends, who aided him when he was 19 and without money to return home to the UK, and several film companies are chasing him for the exclusive story of the old pals re-uniting. Brian joins the show from his home in Cardiff, Wales. 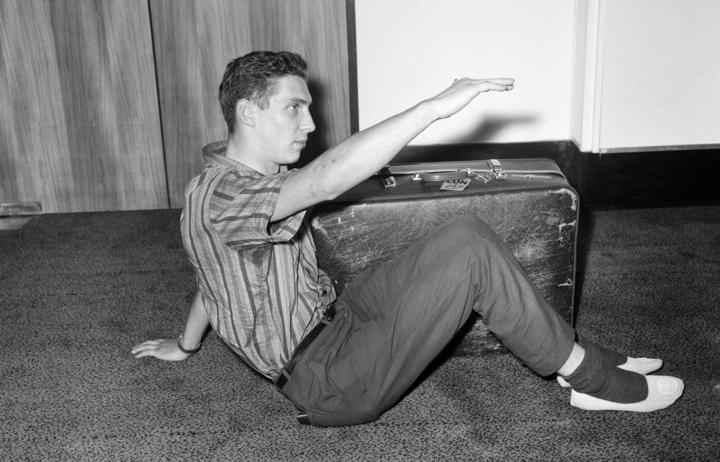 Brian Robson tried to mail himself from Australia to London in 1965. Brian shows how he sat with his suitcase in the packing case. Photo: Mirrorpix / Getty Images