What near-death experiences reveal about life and beyond

After 50 years researching near-death experiences, Professor Bruce Greyson says there is still no explanation for the vivid perceptions that some people report. 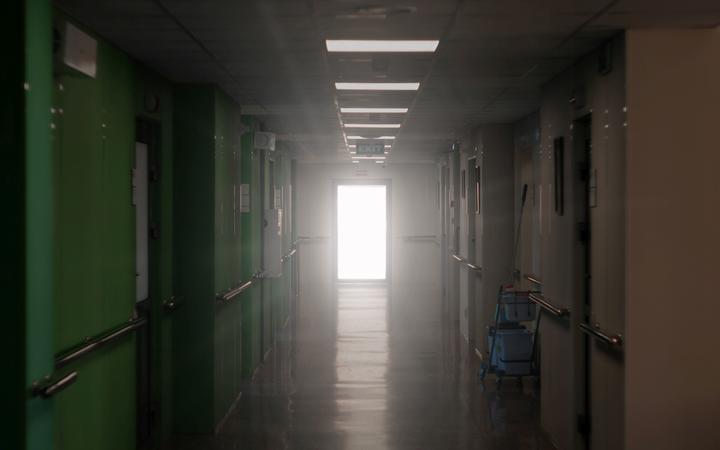 Professor Greyson is the world's leading expert on near-death experiences. He is also the co-founder of the International Association for Near-Death Studies. His search for answers is chronicled in the new book After: A Doctor Explores What Near-Death Experiences Reveal about Life and Beyond.

Despite having grown up in a "very scientific household" and having previously never questioned the physical world, Professor Greyson started wondering about whether death really was the end after talking to patients who had been through near-death experiences.

"I just assumed the physical world was all there was. We never talked about anything spiritual or religious, it just wasn't part of our family," he said. "We thought when you die you die, and that's the end of it. And that was fine with us."

But in the 1970s, he had an experience with a psychiatric patient that made him begin to question what he believed.

Holly, a young woman, had attempted suicide through overdose and was still unconscious when Greyson first visited her in the emergency room as a psychiatric intern. 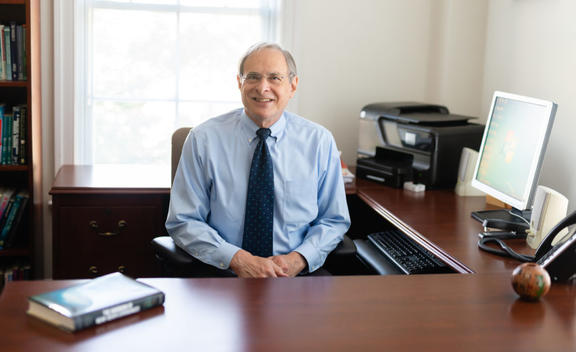 He was unable to wake her and later went down the hall to speak to her roommate about the circumstances surrounding her overdose. But when he visited Holly the following morning, she said something that shocked him - that she remembered him from the previous night.

"I was kind of stunned because I thought she was unconscious, so I said that to her, I said 'I thought you were asleep when I saw you last night. I thought you couldn't see me'.

"And then she opened her eyes, looked at me and said, 'Not in my room, I saw you talking to my roommate'. That just didn't make any sense to me, I couldn't imagine how that could be.

"She proceeded to tell me about the conversation I had with her roommate - what we were wearing, where we were sitting, the questions I asked her and her roommates answers, and I just didn't know what to make of that. "

Greyson didn't have the time to deal with his confusion, so he pushed it out of his mind for some years. Five years later, in 1975, Raymond Moody wrote Life After Life, the book which coined the phrase 'near-death experience'.

"That was my first inkling that what Holly had told me was not one incident from one psychiatric patient, but was part of a much larger phenomenon that millions of people were talking about all over the world."

While near-death experiences are all individually different, they do contain a number of commonalities - such as the oft mentioned 'tunnel of light'.

While some scientists have attempted to explain the phenomenon of the 'tunnel of light' as a result of a lack of oxygen to the brain, Greyson said this was not quite true - the tunnel vision experienced in oxygen deprivation is not the same as seeing an actual tunnel.

"In the near-death experience you see the tunnel and you also see what's outside around the tunnel. So it's not as if your peripheral field is going black, not at all. And people often describe structure to the tunnel, it's not just a cone of light."

What interested him the most, was that the mind appears to be able to function even when the brain cannot.

"But in extreme cases, when the brain is completely starved of oxygen, when you have a cardiac arrest, the mind seems to be going quite well without the brain.

"And in fact, people described in the near-death experience having the most vivid, clearer thinking they've ever had, and there were vivid perceptions. And we don't have an explanation for that."

Similar experiences have been documented in users of psychedelic drugs and Greyson said the brain actually behaved much the same as it does during NDEs. While scientists previously believed that psychedelic drugs worked by stimulating the brain and increasing activity, this was found not to be the case.

"Neuroimaging of the last decade has showed that when people have these mystical experiences with psych drugs, they actually have diminished activity in the brain.

"So again, it's like the near-death experience, the less brain activity you seem to have, the more vivid the experience seems to be - again, a paradox we can't explain."

Near-death experiences can also change a person's life in surprising ways - Greyson said many of those who returned from the brink of death found themselves behaving differently.

One man he spoke to, Steve Price, was "a schoolyard bully who always wanted to be a marine". He achieved this goal and was sent to Vietnam, where he was shot in the chest. During surgery, he had a blissful near-death experience and came back from it transformed.

"After he rehabbed he was sent back to Vietnam and found he could not shoot his rifle. The idea of hurting someone else was just abhorrent to him. So he ended up having to leave the marines … and he came back to the United States and trained to be a medical technician."

It's the kind of transformative experience Greyson has heard about many times - from police officers who could no longer shoot, or cutthroat businesspeople who came back with a more compassionate outlook.

While many near-death experiences are spiritual in nature, they don't necessarily align with religious teaching on Earth.

"Many say, 'I'm going to call it heaven so you know what I'm talking about, but it wasn't the heaven I was taught about at church, but I don't know what else to call it'," Greyson said.

"It wasn't the God I was taught about in church, it was much bigger than that, but I'll use the word God so you have a rough idea what I'm talking about."

And a lot of them also say that they are no longer afraid of death after the experience, something Greyson described as "tremendously encouraging".

"I've really enjoyed getting to know these people, who are so passionate about what they experienced and exude a sense of love that's very contagious. And I think if you hang around people like this long enough, you can't help but absorb some of this feeling that we are all in this together and that it really makes sense to treat people compassionately."

Whether we will ever have an explanation for these experiences is a whole other matter, however.

"I grew up as a materialist sceptic and I think at heart I still am that," Greyson said.

"I can't think of a materialistic explanation for this, so I'm inclined to think we don't have one but that doesn't mean we'll never find one. I just don't think it's very likely at this point."