Why it's never too late to learn something new

Yes, it's true that our ability to pick up new skills declines with age, but harnessing a specific type of mindset - effectively holding on to a beginner's mind - can help you learn new tricks and skills effectively as an adult.

He tells Jim Mora people feel afraid or prevented from taking up new things in middle age, even if they’re things they always wanted pick up. 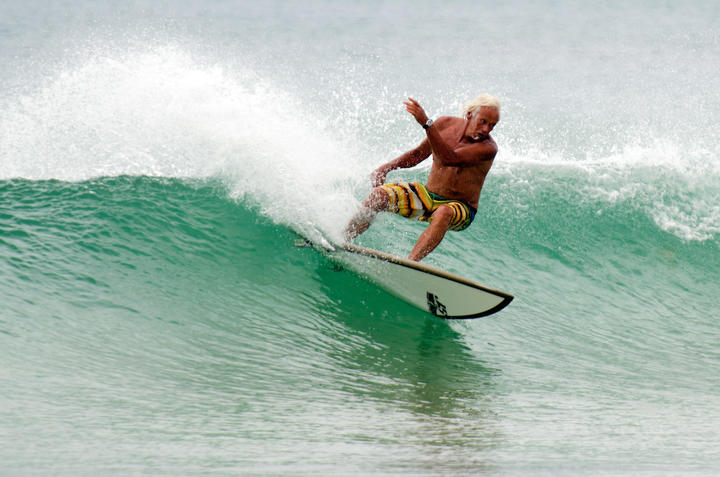 “Things like fear, the societal message that you’re too old to learn a new skill like surfing, then there’s the idea that you might actually be bad at something at a point in your life when you’ve become used to being good at most things – getting out of that comfort zone.

“It’s very easy for a child to do it because they’re not really caught up in the idea of competence, but for a middle-aged adult, that’s very difficult.”

Vanderbilt cottoned on to the idea of learning new skills after carting his daughter around to different coaches and classes.

“I started to wonder, when was the last time I actually learned something new. Here I was, telling my daughter how important it was to just have a go at these things whether or not she was going to be great at them.

“When I held the mirror up to myself, I was not really living the advice that I was giving her so I decided to plunge into a number of things that had, in my mind, always been things I wanted to give a try but had stayed away from.”

One of the things he tried was competitive chess where he was often defeated by children aged 8 and younger.

“I was at a number of these tournaments which are set up by your rating number, so it’s sort of age agnostic, you can have people of all ages it just depends how good you are.

“Playing children is a very difficult thing because, on the one hand, you feel bad if you lose to them, but you always sort of feel bad when you beat them… when a child sits down across from you at a chess board you feel that it’s the next Bobby Fisher or something. You have this idea that they’re very precocious so, if you lose to them, you tend to use that as an excuse.”

On the more physical and dangerous side, Vanderbilt also took up surfing which did result in some injuries.

“This is another thing that does make life as an adult beginner a little more challenging; our bodies are not quite as flexible as they once were. But surfing was the only thing where this happened, I had no singing or chess injuries, but it is another thing that might keep us out of a pursuit like surfing or skiing.

“Whereas children tend to plunge in without fear, adults tend to overthink things – often quite rationally – but we have a lot more at stake. In the end, it was completely rewarding and worth it and I was able to rationally analyse what happened to me and not put myself in that same situation again rather than let it be an abstract, free-floating fear.”

Vanderbilt says studies have revealed that by learning new things our cognition improves even up until we’re 80 years old.

“Something about learning just really energised, turned them on, and made them sort of more cognitively energised. In essence, you’re reversing the brain’s odometer simply by learning and it doesn’t matter how late you start.”