Filmmaker: 'We need to talk more about Christchurch'

A decade on from the acclaimed documentary When A City Falls comes its sequel, When A City Rises - The People's Story, which screens tonight on TVNZ 1. 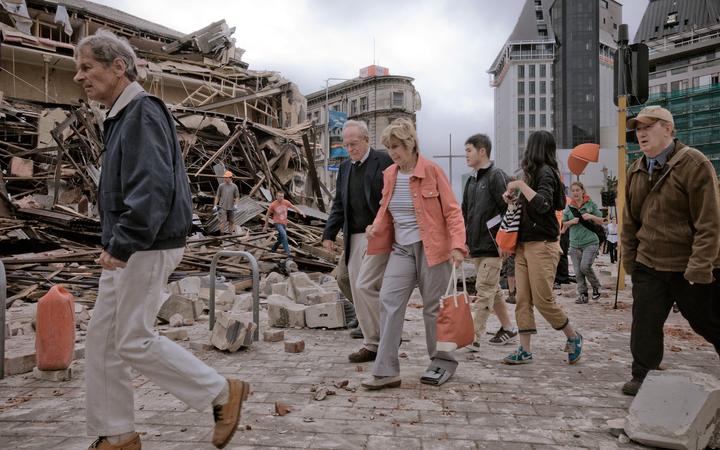 It comes a decade after the 2011 Christchurch quake and shows the Garden City's long, slow road to recovery.

Award-winning filmmaker Gerard Smyth said he was at home having lunch when the big quake shook the city on 22 February 2011, and it felt like being on a trampoline that was being kicked from underneath.

Smyth said he decided to go into the city to film since he only lived five minutes away.

The fact he found the fixed lens of his camera had snapped off did not stop him.

"More rummaging found the lens, held the lens against the camera and ran into the city, you can see my thumb in shot actually."

Smyth describes pre-quake Christchurch as "a splendid and gracious and perhaps somewhat faded old city" but it was only afterwards that people realised what they had until it was lost.

He said at the time of the quakes some of Christchurch's old buildings were in the process of being re-purposed as apartments.

Smyth said Christchurch lost 70 percent of its buildings in the inner city, or the area between the four avenues, which led to 1900 buildings being removed.

"Those planning the new city had the option of repeating what was already there, or seeing a clean slate and moving forward into what could be ... probably some people we didn't really move into that new space we repeated what was there too often." 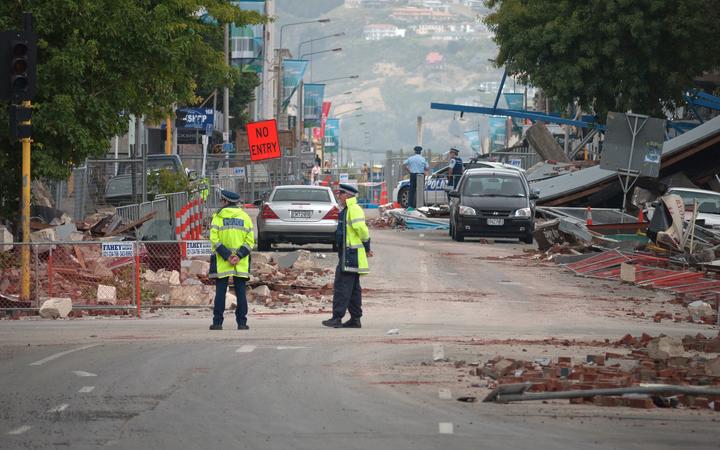 Police stand by amid fallen debris in a cordoned-off street in the aftermath of the Christchurch earthquake. Photo: AFP

But he said perhaps it was not too late to remodel the centre of Christchurch as a residential place because there were still a lot of buildings that were yet to be rebuilt.

He said Christchurch had a lot of potential to have inner city residents because "it's flat, it's a walking city, it has a delightful river running through it".

The 'Share an idea' scheme which started up 10 weeks after the February quake received 106,000 ideas.

"People forget that after an earthquake there's not much to do for a long time: you're without electricity, without water, you're not going to work ... school."

So when council asked for ideas, people flooded in with several, he said.

Instead, central government came in with its own plans - which people say was listening to businesses rather than residents - and started work right away, he said.

About 18 months from the quakes, former prime minister John Key predicted Christchurch would eventually become the most liveable city in New Zealand. 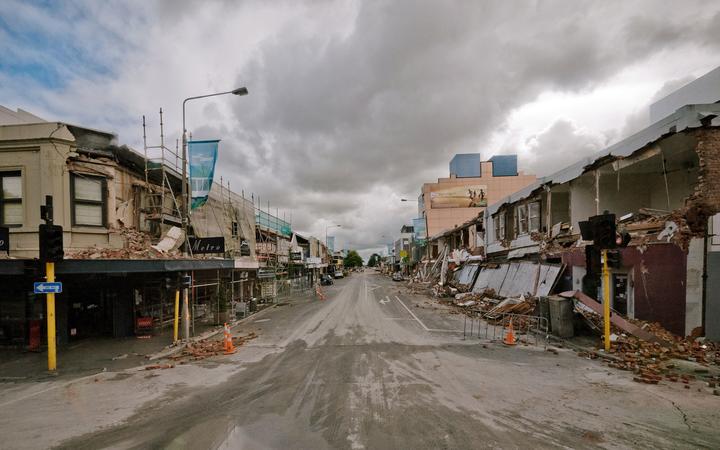 Smyth said the pace was slow, explaining how many of the big projects planned like a new stadium and pool - about 20 projects - "nearly all of them have missed their deadline".

He said New Zealand was good at cleaning up but not at building back quickly.

"What we lack in Christchurch is a sense of ascetic, a purpose. Where's Christchurch going? We don't hear from [Minister] Megan Woods anymore .... [Mayor] Lianne Dalziel has been doing all sorts of behind the scenes stuff on finance for the stadium and so on.

"We need someone to give us some encouragement about where we might go. We need more debate."

He said his new documentary When A City Rises - The People's Story was made to help "stimulate a chat about where we could go".