Tana Douglas says she was 16 years old when she took her first job as a roadie with AC/DC in the early 1970s. 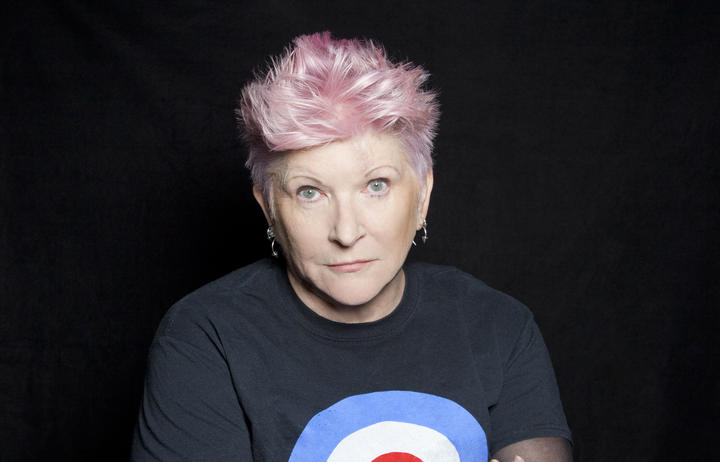 Tana Douglas has published a memoir about her career as a woman roadie. Photo: 2019 LISA JOHNSON

Now, she has written a book, Loud: A life in rock 'n' roll by the world's first female roadie.

Douglas said her childhood in Australia was tough and music offered a refuge from life's hard realities.

"Four years old... that's pretty much when my childhood finished. I got packed up in the middle of the night by my mother... never to return to the home we had in Brisbane, leaving my father behind.

"From that point on, it was constant moving, constant travelling.

"Music was like my saving grace - when everything got too much I would just run into my room, lock the door if I could... and just jump under the covers and pull my little radio out ... and just listen," she said.

As a 15-year-old, she ran away from home and found herself at Nimbin music festival.

The "black hole" of King's Cross in Sydney nearly sucked her in, when she was 16 years old.

She said an armed man dragged her out of a King's Cross restaurant at about 2.30am, threatening to force her into prostitution.

"He just grabbed me by my hair and pulled me out of the restaurant and showed me a gun in his waistband and said: 'if you don't come with me now, I'm going to shoot you'."

Although she escaped, she said another young woman was not so lucky and disappeared that night.

Luckily, she soon discovered her calling as a roadie, a job that combined her love of music and travel.

"It didn't occur to me there weren't any girls doing it," she said.

While working as a roadie for a band called Fox, she was asked to come on board with a little known band called AC/DC - and decided to take the plunge. 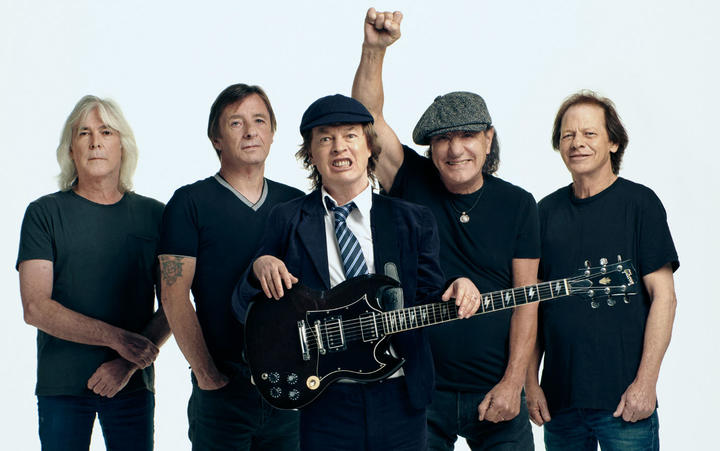 Douglas worked as a roadie for AC/DC in the 1970s. Photo: Sony Music

"I was pretty much a tomboy, so they were more like brothers than gentlemen.

"My mantra was to be one of the boys.

"I figured if I fit in and I blended in and I could do everything that they could and hopefully do it better, then I would be allowed to stay."

She not only stayed, but learned an "incredible work ethic" from AC/DC, an Australian band that went onto international stardom.

Douglas has gone on to have a career spanning more than 30 years in the music industry, mixing with some of the world's best known musicians.

She recalls being whisked off to a beach for champagne with Neil Diamond, being electrocuted and thrown across the stage at an Elton John gig, and attending a "huge bash" for Prince Andrew at Windsor Castle in London.

Douglas said she was asked to wear a full length evening gown and gloves when invited by the Queen to attend the party as part of Elton John's crew.

The crew "tortured" her by making her try on dresses at formal dress shops for three days, before she was finally granted an exemption by the Queen to wear pants, she said.

Over the years, she realised it takes a lot of nerve for musicians to stand on a stage in front of an ocean of faces - and it takes a toll.

"There's a price you pay in this industry and it's a pretty high price.

Covid-19 has changed the face of the music scene, putting international tours on hold, and adding new pressures to the life of a roadie.

But Douglas has few regrets about her career path.

"The thing I longed for was to get away and literally see what's out there and I've got to say I did that.

"I couldn't imagine a different life.