Many early big-game hunters of the Americas were female - study

The 'great male hunter' hypothesis looks to have been well and truly debunked, with new research suggesting half the early big-game hunters of the Americas were female.

Dr Randy Haas is an assistant professor of anthropology at the University of California, Davis and the lead author of the study, Female Hunters of the Early Americas, which was recently published in Science Advances. 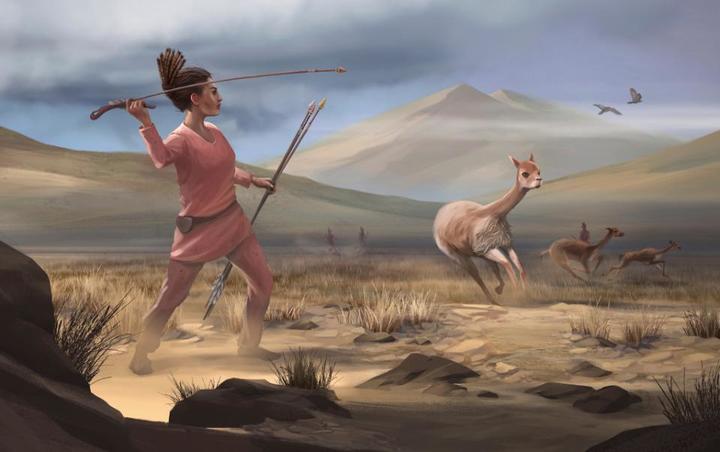 Illustration of female hunter depicting hunters who may have appeared in the Andes 9,000 years ago. Photo: Matthew Verdolivo/UC Davis IET Academic Technology Services

Men hunted, women gathered has been the accepted history for many years, but a 9000-year-old burial site about 3800 metres above sea level in the Andes has changed thinking.

The excavated site revealed the remains of an adult who had been buried with a hunting toolkit that included animal butchering tools and projectile points or stone tools that are used for sharpening darts - the major hunting technology used throughout the first 9000 years of human occupation of the Americas.

"It's very clear because of the way these artefacts were organised in a neatly stacked pile that this was a kit of artefacts and could not have been embedded in the skeleton as a homicide weapon," Dr Haas said.

"Because of the integrity of the artefacts we knew that there wasn't mixing or disturbance that was accidentally bringing these artefacts into association, and because this toolkit included very nice projectile points and formal tools along with rather mundane artefacts - those things seemed to suggest that this was not a burial offering from someone else but rather was the toolkit of the individual who had passed away." 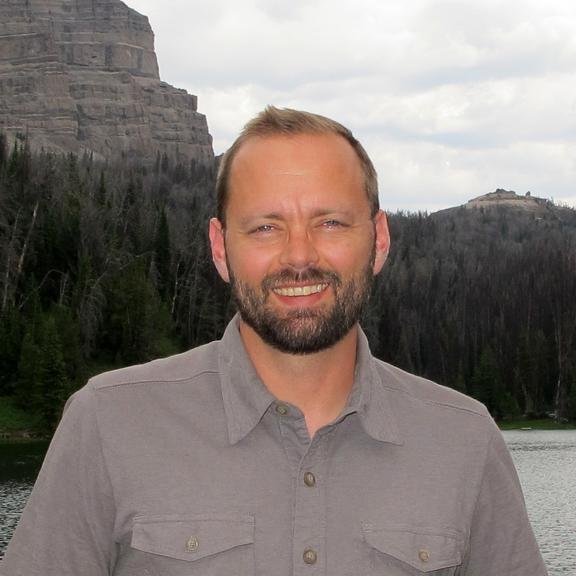 Dr. Randy Haas is an archaeologist and assistant professor of anthropology at the University of California, Davis. Photo: Lauren Hayes

After that, a forensic scientist at UC Davis - who had developed a method of being able to determine gender by examining the protein in the enamel of teeth - was able to confirm the remains were of a woman.

One of the hypotheses suggested they had stumbled upon a rare female hunter, however, a theory began to emerge of a larger behavioural pattern of women hunters being quite common at this time.

"Rather than go out and excavate more burials which would take decades of research ... we could look at the literature of archaeological research over the past 50 plus years... I went to that literature and looked for any instances of ancient human burials in association with big game hunting tools, and then I looked at the sex of those individuals."

The large data set in the literature showed Haas that burials with big game hunting tools were just as likely to be associated with females as males. Specifically, 11 burials were linked to females compared with 16 for males.

It was a lot different to what had been acknowledged in the past, he said. "This reflects a situation that both males and females participated in big game hunting in equal proportions."

The finding of the remains in the Andes provided scientists with clear evidence and it could be combined with 50 years of human burials' data.

"Then we could zoom out and see the forest for the trees."

Dr Haas believes that for thousands of years the division of tasks was done in a relatively gender neutral way in both the Americas and Europe.

He said the data that has been compiled shows there is nothing natural about the way we assign work in modern society, which is often based on gender and has led to the gender pay gap.

A big question that needs to be answered now was when, how and why the changes to the division of labour began to emerge, Dr Haas said.