Punk Economist: 'The most prudent thing to do now is spend'

One of the world's most high-profile economists says the only way New Zealand will stop its burgeoning housing market being a driver of inequality is through wealth taxes. 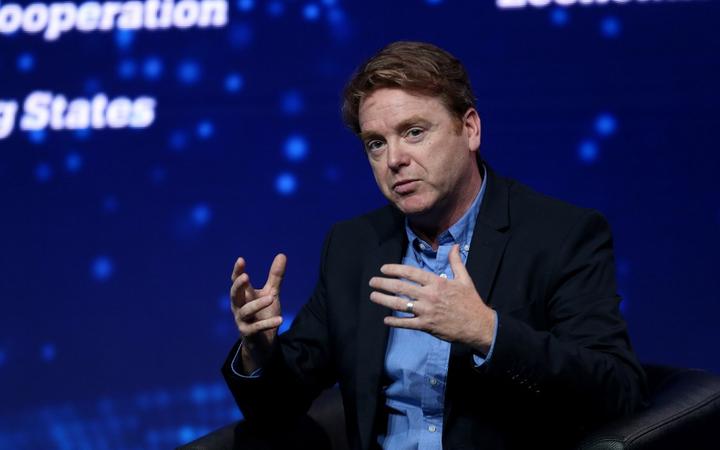 Ireland's 'punk economist' David McWilliams, adjunct professor of global economics at the School of Business, Trinity College Dublin, is ranked the 10th most influential economist in the world.

He said both countries needed to keep their youth to ensure dynamic thriving economies, but that young people were getting a raw deal, either unable to afford a family home or lumbered with debt as house prices skyrocket.

“With both [New Zealand and Ireland] their housing market is the main instrument of inequality, so consequently income taxes will not affect that in any way, the only thing that will actually help that are wealth taxes,” he said.

New Zealand remains politically resistant to taxing wealth, with Labour leader Jacinda Ardern rulling out the introduction of any type of wealth or capital gains tax as her party prepares to enter a second term in office.

McWilliams, a former central banker and an investment banker, also says now is the time for governments to spend and ignore warnings to the contrary.

“A state that can shut down an economy by an executive order, can rebuild an economy", McWilliams said.

“You are still traumatised by Ruthanasia down there, you poor Kiwis. It’s true though, the post Jim Bolger settlement in New Zealand, the idea of these bond vigilantes that are going to punish governments who overspend is frankly ludicrous at a time when central banks have signalled that interest rates are going to remain low for a long time.”

The Covid effect would pass, but entrenched problems in his own country would remain, as would be the case in New Zealand, he said.

“The major issue in Ireland, and the issue that is driving politics elementally as opposed to cosmetically, is the fact that young Irish people are being completely priced out of the housing market.”

This had deeper sociological effects, he said.

“Those really key milestones in your life, moving out from your mum and dad, moving into your own flat, moving in with your mates then maybe with your girlfriend or your boyfriend - the process of growing up maybe even getting married, maybe even having kids, these sort of milestones for my generation were all more or less achievable in our 20s and by the time we were 30 we’d achieved those milestones.

“This is now not possible for the generation coming behind us and the reason? They can’t ground themselves. Your 20s is an incredibly important decade which we tend to be flippant about as we get older.”

Classical economics insists the market will eventually bring housing back into equilibrium, he says. But this is a fallacy.

“The reason is when they see prices rising they panic and they front load their buying, so the very act of increasing prices brings forward rather than retards demand.”

And when it comes to supply classical economics also has no answer, he said.

“Classical economics says when the price rises, supply will rise to meet demand, that’s actually not what happens at all.

“What actually happens is when prices rise, people who want to sell, or people who are sitting on land, or builders who have permits ready to go they say, ‘well maybe we’ll get another $20,000 next year so why don’t we just wait?”

One of the jobs of a civilised state, he says, is to provide housing “at a decent rent, for decent people, earning decent wages.”

“Then you begin an entire social and political and economic revolution which happens right under your own noses.”

Keeping young educated people, and attracting them, is vital as a young country is a vibrant country, he says.

“I think a young population is always an asset, when you look at countries that get old and become decrepit, what happens is they stop spending and start saving – it’s called the lifestyle hypothesis in economics.

This is borne out by looking at when artists are at their peak, he says.

“If you look at the great creative works of most musicians they are in their 20 and 30s, great literature and art with the exception of Picasso is largely done by people in their 20s and 30s. Joyce had written Ulysses by the time he was 40.

And economics should be about making sure the next generation is better placed than the one before, he says.

“I would have thought it was the job of my generation to give my kids a country that is in slightly better nick than the country my parents gave me.

“That’s what economics should be all about. It should not be about balance sheet problems … accounting indices.

McWilliams got his “punk economist” moniker from a series of cartoons he put out to make economics simpler and more relevant – in a kind of punk, DIY fashion.

“It’s always good to challenge the orthodoxy of your own profession.”