'We moved into the wilderness and embraced insecurity'

Miriam Lancewood's first book, Woman in the Wilderness, told her story of living for seven years in the New Zealand bush with her husband, hunting and gathering, and roaming the mountains like nomads.

Her gripping sequel to the international bestseller Wild at Heart tells the story of what happened after that. 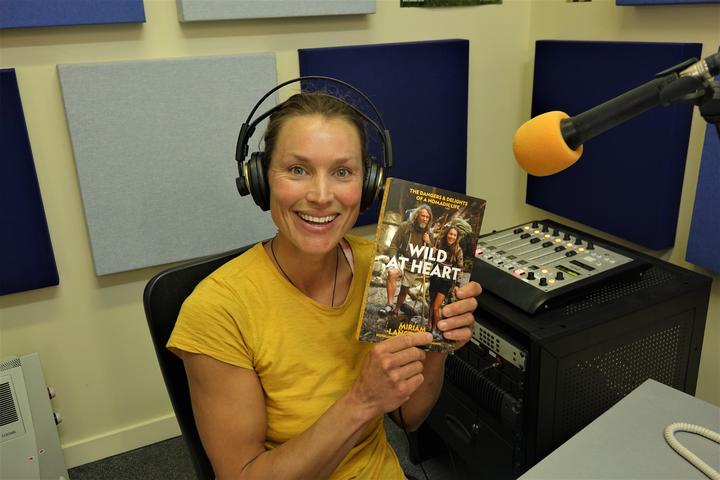 The new book is about living on the edge and embracing insecurity, while remaining unfettered by society's norms.

Born and raised in the Netherlands, Lancewood was a competitive pole vaulter and aspiring physical education teacher before travelling through Africa and India - which is how she met her husband and partner in adventure, Dr Peter Raine.

While in India almost 15 years ago, Lancewood was walking around with a chessboard looking for company when she encountered Raine in a local cafe.

"We started chatting and playing chess and actually I moved in the very next day," she said.

Despite their large age difference - Lancewood was 22 and Raine was 52 - they discovered they had a lot in common and she was impressed by his stories and adventures. But, she said she heard a voice of warning right at the beginning.

"He was living in a little hut and when I stepped into the hut I heard a voice in the back of my head saying 'if you go with this man, you will see him die'," she said.

After considering this, she decided to go with him anyway - and despite experiences several moments when she thought he would die during their adventures, he is still alive.

The couple decided to live a nomadic life and exist in the wilderness, away from society - which Lancewood described as a sort of scientific experiment.

"We wanted to find out what would happen with the body and mind when living completely away from civilisation, away from technology, away from comfort, from social media, all that - this our own little test case," she said.

"We did find out that our senses improved, and I think a lot of our senses have gone dormant. And if you go in live in the wilderness, all those senses come back."

But one of the most interesting things she found through these adventures was a loss of the sense of time.

She found that without a sense of the past and the future, they were able to live fully in the present, in the rhythms of nature - and to rely on each other.

"I think we have learned to live without security, we have to embrace insecurity," she said. "We are nomadic, moving all through New Zealand, all over the world, so we really don't really have this group of friends to rely on, so we only have each other."

This sort of lifestyle was difficult for most people to adjust to, she said, as your mind needed to slow down and get past the initial problems of boredom. 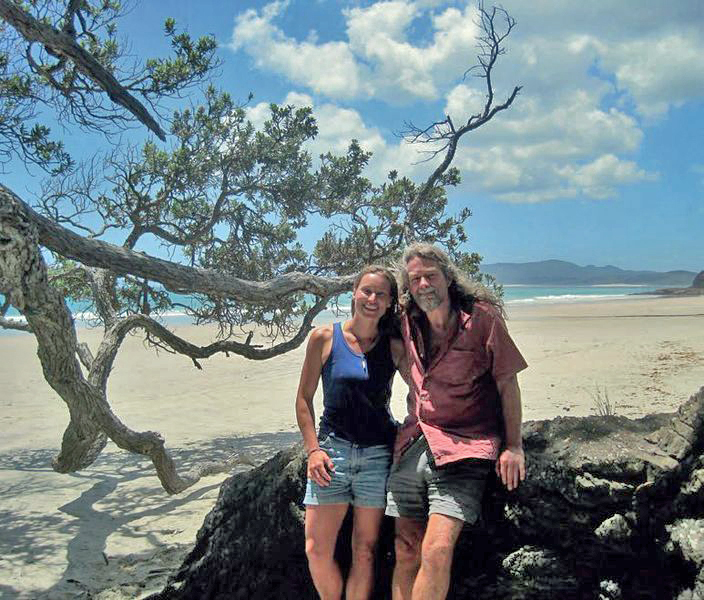 "It takes about two weeks for the mind to slow down and get into the rhythm of nature. And of course, most people don't have those two weeks, it just becomes an agonising boredom and you have to go through that boredom in order to calm down."

Living in the wild was very different to going on a weeklong tramping trip, as there was no focus on where you're going or what you're going to do.

"Instead of tramping for one week, try to live in one valley and just sit around the fire and go out for day walks or even go hunting if you can, that is a very different experience."

Lancewood and Raine survived in the wild by hunting and eating small animals, mostly possums and hares, as they couldn't carry much.

"We just eat as much as we can, so we eat what we have to eat, not whether we're hungry or not, or whether it's one o' clock or six o' clock."

One moment where Lancewood thought her journey with Raine might be coming to an end was in the Australian outback two year ago, where he developed acute kidney failure due to dehydration. He was almost 64 at the time and despite doctors in Australia saying he would recover within a month, when the couple returned to New Zealand they found it was more serious.

He was diagnosed with chronic kidney failure and the chance of recovery was given as three percent.

However, Lancewood said it was her husband's lack of fear around death that helped him survive the ordeal.

"He was of course very healthy to start with, but also for some reason he did not seem to be afraid of death," she said. "I think a lot of people would be afraid to die, myself included, and that fear is taking up a lot of energy. Now if you don't have that fear, maybe that very energy is used for recovery."

They were having a bite to eat in Turkey while watching some wild pigs, but when Lancewood went to put on her backpack, Raine did not.

"He did not shoulder his pack, he was just looking at it. And then I knew, he did not need to say anything, I knew he'd had enough." 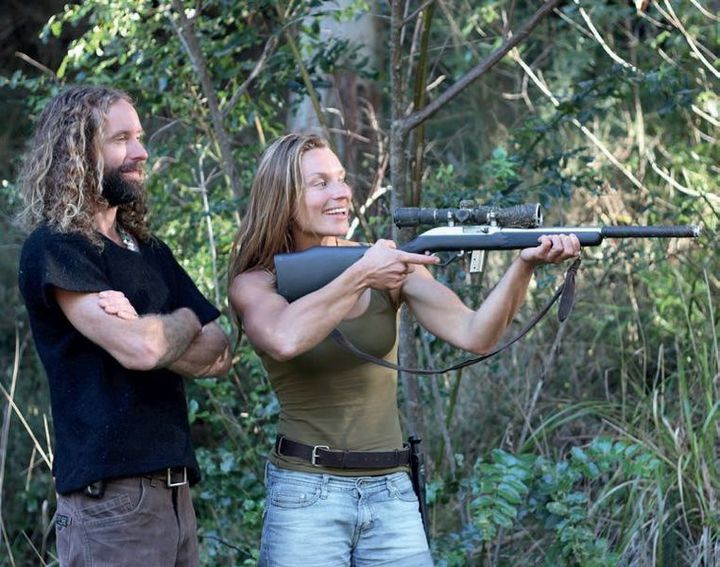 But  Miriam still had not had enough- so she started dreaming about an "epic female expedition". Her initial plans were to go into the mountains with no food, only rods and rifles and to survive for two-and-a-half months just by hunting and fishing.

While she had 200 applications for the trip, none were experienced hunters - so Lancewood ended up teaming up with just one other woman, who had a lot of knowledge around edible plants.

But over the last year, Lancewood and Raine have returned to civilisation. They rented a house near Golden Bay and Lancewood spent a year working on her book there.

"Felt very strange because suddenly we were in a building cut off from reality. We could not feel the wind, we could not hear the river anymore, we just felt like we were in a strangely alien surrounding with this eerie silence."

Following the end of the first lockdown in May, the couple made moves to return to the wilderness - and the adventures look set to continue.

"We found a little cottage on some private land in Abel Tasman National Park and now with the warmer weather we have gone back out into a camp," she said. "And soon after all the book launch and all that we will go back to the Southern Alps in our packs."

Despite leading such an active life, Lancewood's one tip for happier living was to get more sleep.

"If you sleep more, you will feel a lot better and the whole world will be different," she said - noting that this wasn't a simple thing to achieve.

"You have to identify yourself with a person who sleeps, who goes to bed early and you will feel a totally different person."