A virtual Korean pop group, featuring characters from the League of Legends game has taken the number one spot on the Billboard chart. Music critic Graham Reid says it's not the first time the world's seen music from made-up characters.

They released their chart-topping track 'The Baddest' in August, their first single since 2018's 'Pop/Stars'.

Music critic Graham Reid describes the song as generic, but "beautifully crafted". He said he could understand why the track had become so popular.

"They've got the archetypal sort of autotune in there for the dance floor pop, it almost sounds in many ways like it's written by a computer in the sense." 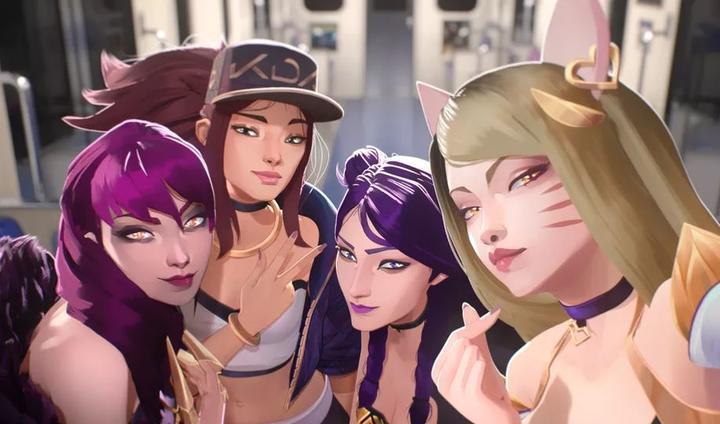 While the song has been talked up by some as a new concept, Reid pointed out that K/DA certainly weren't the first fictional band on the block. Looking back to the seventies, Josie and the Pussycats were one such band, based on a cartoon series. The group included singer Patrice Holloway, sister of the famous soul singer Brenda Holloway and Cheryl Ladd, who went on to be one of Charlie's Angels.

More recently, the Damon Albarn project Gorillaz featured an animated band with a variety of great talents behind it.

But perhaps the most famous and successful fictional band of all time was The Archies, based on the popular Archie comics.

"The Archies were very interesting, but the singer in that, Ron Dante, was probably responsible for as many number one hits as the Beatles for a particular period there," Reid said. "He was just a studio musician, kept appearing in all these other sort of contexts as the vocalist, but was absolutely anonymous to most people."

Another member of the group, Toni Wine, was "a very very fine songwriter in her own right", according to Reid. Wine ended up doing some demos for Tony Orlando before joining his band Dawn.

"Toni Wine is really quite an extraordinary woman… and she was one of The Archies."

While some might deride the bubblegum genre, there was often a lot of real talent behind it, as Reid pointed out.

"Let's be honest about this, if you listen to this song, you say 'oh that's so simple I could've done that' — well ok, you do it then," he said.

"If writing a hit song was that easy, everyone would have written one."