New local film Savage follows Danny (Jake Ryan) across three decades of his life, trying to understand the boy who eventually becomes the brutal enforcer of a gang.

Porirua-raised writer and director Sam Kelly undertook a huge task of casting 'real people' from around the country for the film, seeking authentic characters who could fit into the gang world he had created. 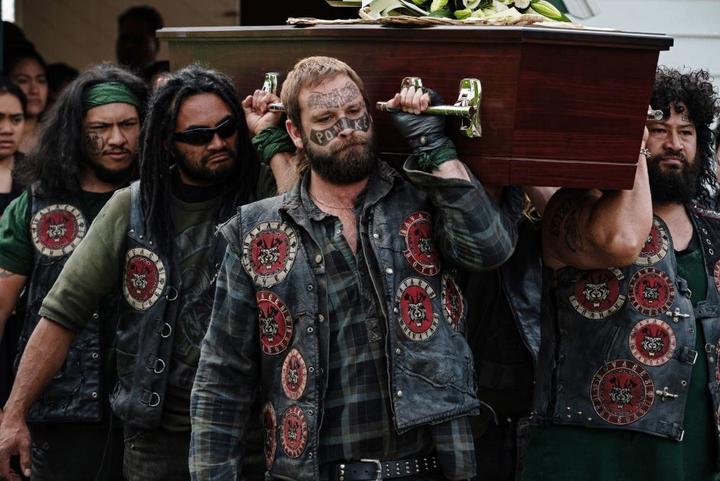 Danny is followed through character-defining moments, from a shocked, timid boy to being the leader and enforcer of a violent gang.

"I think it's fair to say one of the biggest casting jobs in any New Zealand film ever, partly because of the challenge of it. We had to cast three chapters, each with three characters, Danny and his best friend Moses and his brother and we needed to cast them at three ages, as children, as teenagers, as men.

"We put out this big casting call on Facebook and it kind of went viral, we had 6000 submissions. To cast people who feel they fit into that gang world was really important to me, to find authentic feeling people."

The call was for anyone with scars, tattoos, criminal records.

"We did this sort of road trip across the North Island... and found these beautiful guys - it was mostly guys - coming in, who were first time acting, coming to the room and risking themselves in some way. It's quite a vulnerable thing to do."

While the broad category the film falls into is crime drama, Kelly said it differed in that it was "quite an internal film".

"It's about a guy whose stakes are not robbing a bank - you know, something internal like that - but his heart and his soul. He wants connection, he wants belonging."

It's violent, bleak, not for everyone. Kelly said the world it was set in was "extreme", but added that it was soulful film.

The main character is Pākehā.

"It's a little bit troubling people can see gangs as a Māori issue. Gangs started with - first of all in the 50s, bikie gangs - Hell's Angels, all of that. Which were all Pākehā at that stage. And then even the early street gangs, like Mongrel Mob, was started by Pākehā. Most people don't know that.

"Slowly over the 60s and 70s that started to change. My gang was set in Porirua so I was interested in what the Porirua Mongrel Mob constitution was like. It's a third Pākehā, a third Polynesian and a third Māori as told to me by one of the gang members. So it was important my gang reflected that ethnic mix."

He said that was important because he was telling a story of gang culture, not Māori culture.

"I wanted to find a more unique angle through, and one that has more integrity with my identity and my authenticity." 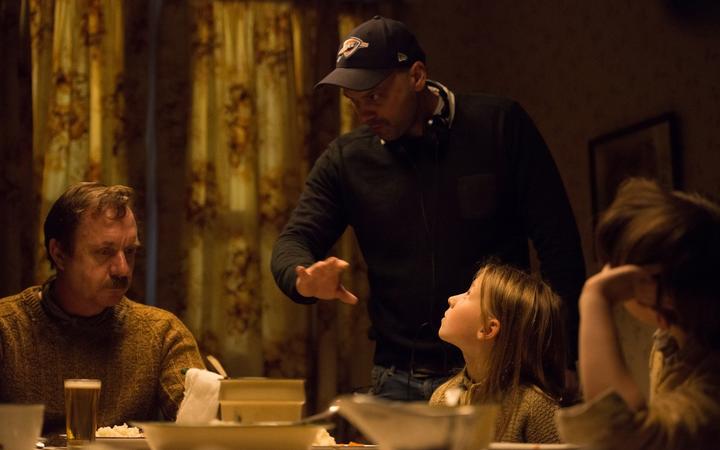 Preparing for the film, Kelly spent time with gang members.

"It was really interesting, I didn't have any idea about this hidden world that takes place behind these tall fences and the values and the culture they have created all on their own and how it works.

"It was really through some of these guys... trusting me and opening up and talking to me ... so many of these guys started out in state care. And that was the part that affected me the most."

What stuck with him the most during research for the movie was the sense of family he got from gang members.

"To want to seek this family of people who are similarly alienated makes total sense to me."

But he wanted to make sure the movie was not a romantic portrayal of gangs.

"The main character ... wants to leave because it is not nourishing his soul and it is not where he wants to be."

Kelly said the reaction of gangs to the film was an important factor for him.

Putting on a 'mask'

The main character played by Jake Ryan has tattoos covering his face.

Kelly described the process as a "baptism by fire".

"I got him to meet some Porirua Mongrel Mob members ... and I asked him to walk through the Lower Hutt mall and I followed a distance behind and observed the traffic parting in front of him and ... it was quite an alienating experience for him and he ended up resenting the people who looked at him so differently. Like 'you don't know me, don't judge me'.

"The way it influenced his psychology in that short amount of time was really interesting and probably helpful for him."