From DNA to RNA: Science's unhealthy obsession with acronyms

Excessive use of acronyms within the scientific community is impeding general understanding and in some cases even the work of medical professionals, the author of a new study into the problem says.

Acronyms in scientific publications has proliferated over the last 70 years, according to the study just published in the scientific journal eLife. 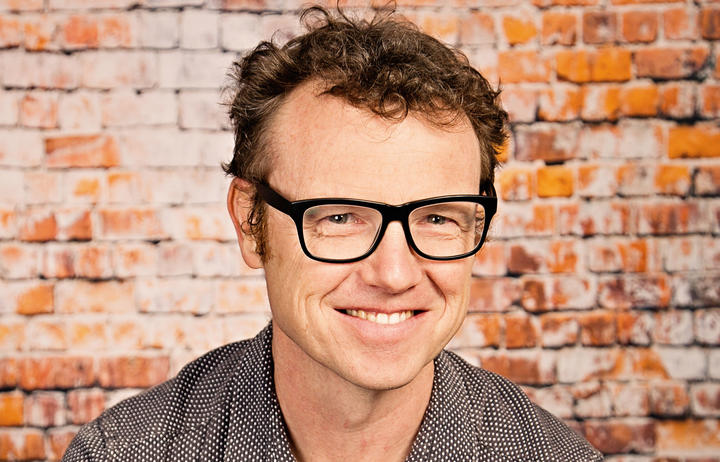 Professor Adrian Barnett is a Senior Research Fellow at the Queensland University of Technology Photo: Supplied

Study co-author Professor Adrian Barnett, a senior research fellow at the Queensland University of Technology, tells Jim Mora the number of acronyms in scientific literature has made many studies incomprehensible to the public and is creating a Tower of Babel-like inability to communicate effectively among the scientific community.

This confusion arising from science's love affair with abbreviations needs to stop, he says.

In medicine the excessive use of acronyms, and poor use of language in general, makes in some cases tasks by doctors impossible, he says.

“For example, in the health and medical literature, 50 percent of randomised trials that are published are so badly described that if a doctor wants to repeat what was done in the paper, to implement it in their own patients, they can’t because it’s impossible to work out what people did.

“There are some scientists who are very good at this but in general I would say, which is really what matters, I think we all need to go on a writing course.”

There are 17576 possible three-letter acronyms using upper case letters of the alphabet and Barnett found 94 percent of these combinations have been used at least once in scientific papers.

“We’re completely overusing acronyms. There’s only 6 percent left and they are the more unpopular ones, that start with Z and Q… Acronyms like DNA are very widely used, but there’s a huge amount that nobody knows what the hell they are.”

Barnett says over half of the 1.1 million acronyms analysed only get used a handful of times and don't escape the ivory towers of scientific academia. Inability to communicate effectively means good science is being lost on the public and even within scientific circles.

“I’m generalising here, but we are pretty guilty of living in our own little world. Specialisation is a good thing, but we do need to get out and reach out to the public a lot more.

“So, if you are a scientist and you’ve got a paper, give it to another colleague or a member of your family and see if they can actually understand it. Now more than ever in our history, we really need the public to understand science.

“If we don’t work that little bit harder on writing, which is not considered the most important skill in science, a lot of good science is being wasted. It’s just impenetrable.”

He says most of the papers are paid for by public money and using exclusionary language robs the public of their right to read studies and be in a position to grasp the meaning.

“The public are our ultimate customers. An interesting example that I’ve come across a lot is when you meet people who have been diagnosed with a disease and they want to read up on that disease. Some of them will go to the scientific literature, but often give up on that pretty quickly and then they may go to more readable sources that are far less reliable.”

The way scientists are communicating now has created a 'knowledge-ignorance paradox', where the sophistication of studies creates gaps in understanding for those reading them.

“We’re almost the victim of our own success," Barnett says. "Science has been very successful. We have expanded. A lot more people are working on science, but what that means is we’re now creating all this new research and in some areas it’s actually hard to get started, because of the amount of things you have to read handicaps you and prevents you from making any progress.

“There are areas now where there are more summary papers than original papers. There’s also a whole heap of areas where you can’t access this information because it’s behind paywalls…It’s making it hard to see the wood for the trees.”

A study in Scotland found that medical practitioners asked to identify what a list of abbreviations meant got many of these wrong, which showed the potential for serious complications to occur in the medical field.

“That could cause real harm. You know, you go in for something in your upper airway (UA) and you end up getting a uric acid test. It’s not going to be helpful.”

He says writing out many words or phases instead of acronyms makes more clear communication and, in many cases, doesn’t even add many syllables.

The solutions vary. The British Medical Association (BMA) suggests three acronyms per study, which would at least force scientists to think. Many scientists are simply not thinking.

“Some of the worst examples I saw are when people were trying to cram a whole heap of different things, so you had these acronyms six, seven letters long – it looked like somebody that Elon Musk would name their child. That’s really not useful.”

There are several reasons why acronyms have proliferated within the scientific community – from attempting to meet a word count, to laziness, academic aloofness, to out-and-out arrogance.

“If you create an acronym that then becomes used by others and becomes language in your area that is something that you can claim.”

“We found 1.1 million unique acronyms. Now, there are 170,000 words in use in the English language, so we’re creating our own language, 10 different languages and nobody knows how to speak them, and we can’t communicate with each other.”

He suspects there is a cultural aspect to the problem, where forms of reductionism like expressing information in ‘Twitter’ short form and use of fragmented parlance of modern speech patterns influence ways of communicating.

The reaction to his paper has been positive, he says. People shouldn’t feel embarrassed or awkward asking for clarity and urging discernible writing that doesn’t necessitate guessing or looking up acronym meanings.

“It has really struck a nerve here, because scientists know that this goes on, because we live it every day. I think we wanted to create some debate here. I love it if some journal editors read this and started to think about things. So individual scientists – if they think about change of behaviour, or just time they hear an acronym that they don’t know, don’t be afraid to put your hand up and say ‘what the heck does that mean?’.”