Los Angeles has turned into a 'city of nightmares'

The City of Dreams has become the city of nightmares according to British journalist and long-time Los Angeles resident, Caroline Graham.

Graham has lived in LA since the early 1990s and says LA is becoming increasingly dangerous and there are no signs of things getting any better. 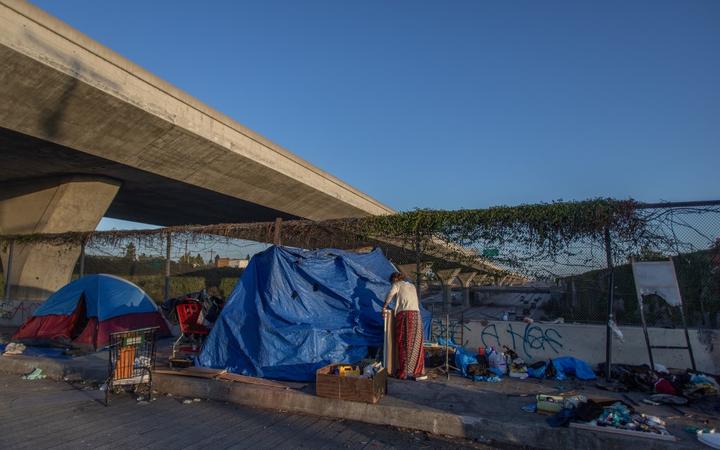 Homelessness and destitution is rife in the city, she told Jim Mora.

“There’s simply not enough places for these people to go, there’s obviously a lot of mental health and addiction problems.

“A lot of people flood to California because of the weather and I think the problem has just overwhelmed the system here.

“And I think the City of Dreams really has turned into the city of nightmares at the moment.”

It is a city-wide problem, she says.

“Friends of mine that live in Santa Monica, only four blocks from the beach, say they can’t take their children to the local park because the homeless situation is so bad that there are people passed out in the park doing drugs, there are syringes everywhere.

“A girlfriend of mine woke up one day and there was a person defecating in their front yard.

“That’s why people are getting out, there’s a sense it’s not safe anymore.”

“It’s a big-city problem across America and I think it’s a socio-economic problem that the rich are getting richer, certainly under Trump, and the poor are getting desperately poor.

“There’s a great sense of social injustice here at the moment.”

Homeless encampments are legal in Los Angeles and have blossomed as the city’s chronic housing shortage worsens.

“The housing issue is chronic there aren’t enough affordable houses. So where are these people supposed to go?”

Conservatives who dislike the city’s liberal politics are also moving out, she says. A moving company she spoke to said business was up 24 percent on last year.

“Of those 24 percent almost half are moving out of state.

"To places like Nashville, Tennessee, Texas and South Dakota of all places.

“For a lot of people, it’s a political thing as well. They don’t agree with the liberal politics of this town, they don’t like where it’s going, and they want to go somewhere that’s more in tune with their political beliefs.”

Every night in Los Angeles 66,000 people are sleeping rough, she says.

“And now there are tents pitched on Sunset Boulevard, it’s everywhere.

“I love this city and it’s my home but I hate what it’s become. Driving around last week it was a mixture of great, great sadness and also horror.”

The city resembles places where she has covered natural disasters.

“You have these million-dollar homes literally a block from these homeless encampments.

“It’s almost like a shanty town, it reminded me of Haiti after the earthquake. It’s not just one or two tents or a cluster of homeless here and there — it’s tent cities.

“Every sidewalk has rows of tents on it, and if it doesn’t have tents there are these recreational vehicles and people sleeping in their cars.” 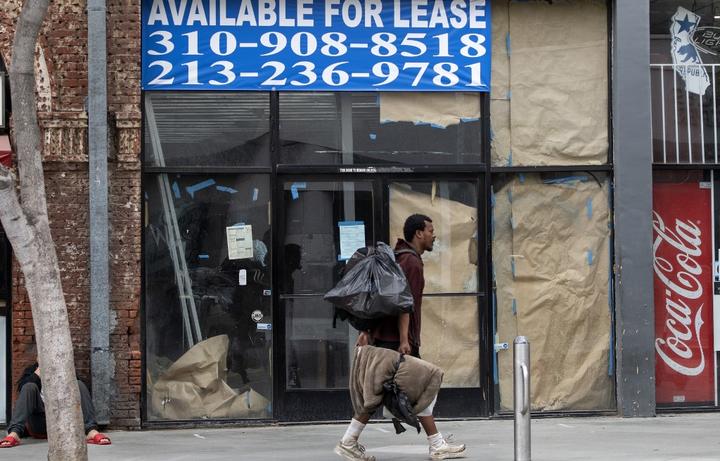 A homeless person walks by a closed business with a sign reading "For Lease" in Santa Monica, California, amid the coronavirus pandemic. Photo: AFP