Christchurch mosque shooting widow: 'I am my husband's voice'

Dr Hamimah Tuyan is one of 31 women widowed in last year's Christchurch terror attack. She's now based in Singapore and has had to spend two weeks in managed isolation, used all of her leave, and leave both of her children behind to attend the sentencing of the mosque gunman this week.

Tuyan told Sunday Morning she thought long and hard about the decision to return to New Zealand for the sentencing, but an overwhelming desire to speak on behalf of her late husband and her two boys made up her mind in the end. 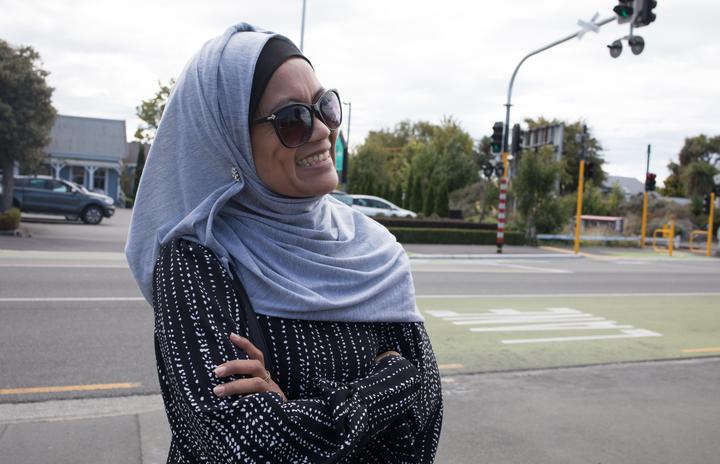 Tuyan's husband Zekeriya was the last person to die from the March 2019 attack, after fighting for his life 48 days in the ICU with her by his side.

The sentencing for 51 charges of murder, 40 of attempted murder and a charge under the Terrorism Suppression Act begins on Monday. More than 60 victims of the attack will read victim impact statements.

"My plan was to take each day as it comes and not to think too much about the sentencing until I needed to," Tuyan says.

"I had planned on taking that opportunity being in isolation to have some quiet time alone to self reflect and I've been able to do that."

She reflected heavily on whether she would be indulging the gunman by reading to the court the effects of the attack.

Would it "fan his narcissism by giving him the satisfaction of listening to my impact statements, and playing into his agenda," she says.

"But sentencing is an important part of the justice process, and really it's up to me to use this opportunity to fit my agenda - my husband is not here to speak for himself, so I am his voice. I am also my children's voice.

"I also wanted to tell the judge in my own way and appeal to him directly on the punishment that I think this evil murderer deserves. My husband would have done the same for me. Of course I hope... my boys will look back on this day and they will be proud of their mum."

She says making a statement remotely would not have been the same.

"Here I have the physical company of my brothers and sisters in the community, and we are of support to each other, of comfort to each other. So that's why it's important for me to come back to Christchurch, to go through this.

"I've been so touched by the support I have received from the beginning, from the staff at Victim Support Unit, from the court advisors, from friends. Especially - until today, I haven't stopped receiving messages from friends who took time from their busy schedules to send me well wishes. So I'm receiving a lot of love and support, and I'm so blessed."

Is she ready for the sentencing?

"To be honest, I'm not sure ... today it was like all the grey clouds and open skies stacked up above me and poured on me.

Through technology Tuyan is keeping in close contact with her sons while she's here. It's hard for them too.

"The young one knows, but does not understand. The elder one understands, and the hard thing is that... he doesn't know how to express it.

"So far they seem to be holding up well, and this is going to be another opportunity for me to address any remnants or remaining feelings that's going on in them. So this is another nice opportunity when I return... for us to sit down and talk to each other about this."

She hopes this visit will be another step in healing for herself too.

"I've always used the analogy of a long distance hurdle race, this, I hope, is the last hurdle to cross over.

"As far as what I hope for from my visit, of course I'm hoping for justice; for justice that is proportionate to the crime, for wisdom and strength for Judge Mander to max out his authority and mete out a punishment that will be a deterrent, for the chance to be able to appeal again to the decent Kiwis who continue to work towards social justice and inclusivity.

"But, yeah, hopefully I'll be able to move forward now and start a new chapter, a new beginning with my boys.

Would she ever consider living in New Zealand again?

"Inshallah - as God wills. If this is where I'm supposed to be then God will open the path for me, and right now I go where my boys are."

Her life after the events of March last year has been like being on autopilot, she says; a blur of the day-to-day, of housework, taking the boys to school and going to work.

"Life doesn't take a pause, life doesn't stop for me to cry, get depressed and wail.

"While I was in isolation that was what I realised, that all this time I had just been in autopilot. It has helped.

"But this [managed] isolation is somewhat like being in a cocoon - and hopefully that caterpillar will after this become a butterfly and start new. [This process] is a beauty - a responsibility for me, a sacred thing."