Welcome to the elite world of investment migration

New Zealand is becoming increasingly popular as a bolt hole for super-rich investors, according to a senior advisor at a London-based advisory firm.

The idea of travelling anywhere overseas has become a distant memory for many of us, but not so for the wealthy elite, who are using their considerable wealth to cross borders that would normally be closed or become involved in residence-by-investment, with the end result being what's described as a "golden visa". 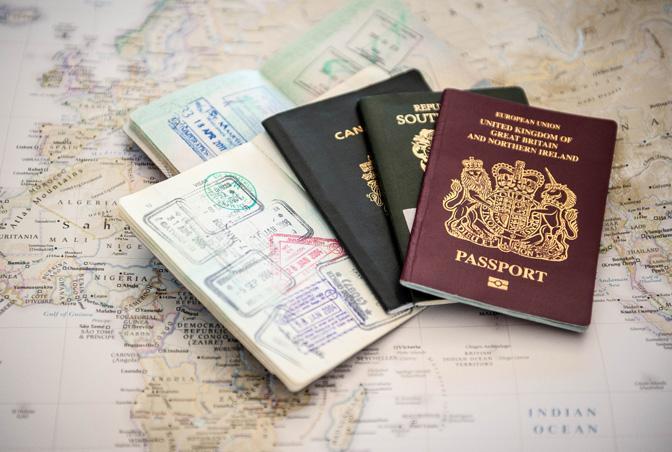 Dominic Volek, head of Asia for global citizenship and residence advisory firm Henley & Partners, says his clients’ wealth has increased significantly during the global lockdowns as the world heads deeper into recession and chaos.

He gives Jim Mora an insight into how investment migration works and what the rich are looking for in a potential location to escape to.

Identifying attractive bases to live in that offer personal safety and security for their growing financial assets has become more of a focus in the global climate.

“It’s becoming quite a trend now. There’s a lot of uncertainty in the world. Of course, Covid has only exacerbated that. It’s certainly something on the top of everyone’s mind.

“Many countries around the world have very successful skilled-visa programs and there’s a lot of business migration.”

Volek himself was able to migrate from South Africa to Singapore and bring his family, as well as his financial nous over, to take advantage of such schemes. But super rich people can use their wealth to fast-track visa, residency and citizenship applications within these countries.

“A country like New Zealand has a very successful residence-by-investment, so you can invest quite significantly, anything from three to NZ$10 million. Where a lot of our clients are interested, particularly in areas like the Philippines, Bangladesh and places that are not so fortunate in terms of their passport and the ease of travel, they are interested in citizenship by investment.

“There’s about 10 countries that allow people and their families to become a citizen through an investment without physical presence or language requirements.”

These high net worth clients have at least US$1 million of investable assets, excluding their primary home. Entry level is considered US$2-5 million, but the programs like those in New Zealand, Australia and European countries like Cyprus and Malta are geared towards ‘ultra-high’ net worth individuals, with investable assets of at least between $15 million and $50 million.

“A lot of our clients are far, far north of that,” he says.

Having these types of passports alone brings far less restrictive travel arrangements, where visas are needed regularly. Travel freedom is a significant driver of demand.

Having a Cypriot or Maltese passport gives you settlement rights in all 27 countries within the European Union.

Within the West Indies there are five Commonwealth countries, including Antigua and Barbuda, where you can acquire citizenship for between $US100,000 to $US200,000. That will allow you to travel to the UK, the EU and places like Singapore and Hong Kong.

However, New Zealand and Australia are currently the most sought-after locations for the rich.

“Australia and New Zealand for quite a long time were regarded as too far away. But now in light of the pandemic we’re all stuck in, this has just made them more attractive, but being as far away from some of these hotspots is exactly what ultra-high net worth individuals want.”

He says the new outbreak of Covid-19 in New Zealand will not dampen the appeal, as the way government has handled the pandemic has been impressive.

Each location has its own benefits, according to the circumstances of any global crisis. In a deadly pandemic, flying into small island with a tiny population in the Caribbean would be safest, for example.

Healthcare and educational benefits may be found elsewhere in Europe. But ultimate, protection of wealth and assets is the central concept.

“Wealthy families are planning for their children and their grandchildren and grandchildren’s children. That’s how ultra-high net worth people think. It’s all about wealth preservation. Everyone wants to make money, but in uncertain markets as we can see around the world now, the really wealthy people you can, the guys on the Forbes List, their wealth is actually increasing in times like this. They plan for three or four generations time – let me do something now that will then give my family options later on.”

New Zealand offers a stable investment in comparison to the rest of the world.

“The options are quite a lot – whether it’s government bonds, whether it’s bank bonds, whether it’s equity in publicly or privately-managed funds, clients are looking to preserve wealth as well. So, all of these programs would have a limited requirement, but a lot of these clients would go far beyond that,” Volek says.

For some countries, the schemes offer an increasingly important way to fund a way out of financial crisis and governments are now relying on the equity wealthy elites bring.

“Those investments, particularly when they’re into certain asset classes, certainly would have a knock-on effect socio-economic effect…In the Caribbean for example, they look at these as a lifeline in terms of how they can manage the various hurricanes that come through the Caribbean.

“So, a lot of the time, most of the clients at this stage are donating anything from US$100,000-$200,000 into these either sustainable growth or hurricane relief funds…

“A lot of countries these days are looking at ways of raising what we call ‘sovereign equity’. If you go to the bond market you are creating debt and at some point are going to have to pay it back.

“But if you can create these investment migration programs that effectively bring equity into your country, into an innovative revenue stream for the government and certainly become important on the back of Covid and how these economies recover.”

The super wealthy clients scoping out bolt holes have often been elites from Russia, China and places like the Philippines, but Volek says increasingly rich US clients, many of whom are looking at New Zealand due to its handling of the pandemic.