Wellington-based film, TV and voice actor Graham McTavish is known for portraying Dwalin the dwarf in the Hobbit trilogy, but his latest project has seen him team up with fellow Outlander star Sam Heughan.

They've done a TV series, Men in Kilts, and are about to release a book, Clanlands: Whisky Warfare and a Scottish Adventure Like No Other, which was completed by the pair during lockdown — despite the fact they were in different parts of the world. 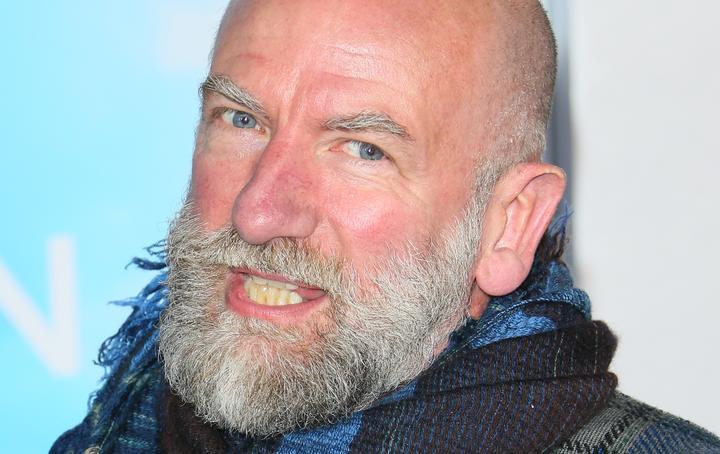 McTavish, who now bases himself and family in Wellington, says Heughan – who is tipped to be the next 007 – would make an excellent Bond.

“The only thing I’ve said to him is if he does become the next James Bond, I have to be the next Bond villain so that I can even hope to exact revenge on him for murdering me in Outlander."

“One of the terrifying aspects of Clanlands is that he was constantly putting me into life-threatening situations in very much the style of James Bond.”

One such incident almost cost McTavish his life, he says.

“Sam seemed determined to test me to the very limits of my abilities, so we were constantly being put into different modes of transport. A tandem bike, which was basically a piece of rusting farm machinery masquerading as a bike.

“We did kayaking, we were rowing boats we had a camper van, we had a motorbike and a sidecar.

“The most dangerous thing definitely was our last day of shooting ... I don’t really want to spoil it, but it was very dangerous and not to put too fine a point on it I did nearly die. It was a very sobering moment.”

The death-defying experience involved the motorbike and sidecar, he says.

“I’d never been in a sidecar before and I have no intention of ever doing so again.”

The TV show took them all over Scotland, McTavish told Jim Mora.

“We visited castles all over Scotland, we went to locations that people would have heard of and some that they won’t — places like Loch Ness and Culloden — but we met characters you couldn’t make up in any fiction. They were really remarkable people.”

Travelling Scotland, particularly the Highlands, reveals a “landscape of tragedy,” he says.

“It is a landscape that speaks of quite a dark past in many ways. I think there’s a tendency to romanticise Scotland, and especially the Highland life, and it was a very tough life.

“The Highland life pretty much came to an end in Culloden in 1746 and subsequently the Highland people were struggling to make a living and even to have a culture. Their language was banned, their dress was banned, bagpipes all of the things that we associate with Scotland, it was almost ethnically cleansed.

“It is a beautiful country, but when you’re walking around it you’re also walking among ghosts.” 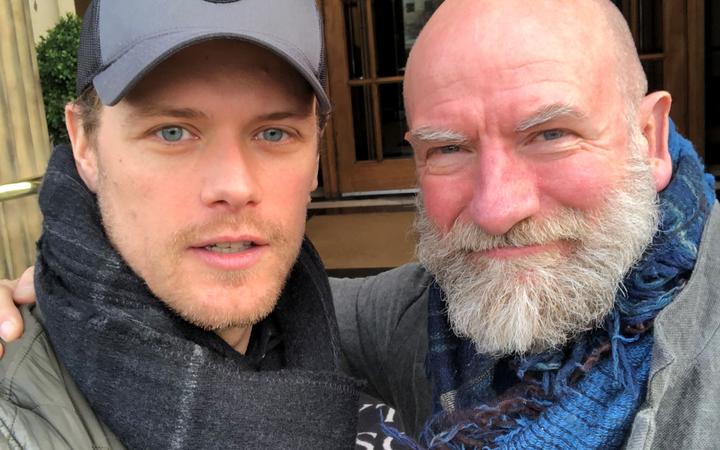 Clanlands authors and Outlander co-stars Sam Heughan (left) and Graham McTavish, who is based in Wellington, New Zealand. Photo: Supplied

Culloden in particular has strong echoes of the past, he says.

“When you walk the battlefield you also get a sense of the hopelessness that the Highland people were facing. They were in exactly the wrong place to do what they were best at, which was the Highland charge.

“The Highland charge relied on an almost overwhelming shock tactic. So, they would just basically scream their heads off and run at you carrying a broadsword, a shield and a dirk and terrify the living daylights out of you. And it worked on many occasions.”

Not so at Culloden, McTavish says.

“It was a boggy moor, the line was skewed so some of them had to run 700 metres, some of them only 400m and most of them never even made it to the British line. And in the space of half an hour thousands of Highlanders were dead.”

McTavish is soon to leave New Zealand for Scotland where his will work again with Heughan on another Men in Kilts series because “we just can’t get enough of it!”.

He also has a Netflix film and TV series in the pipeline.

McTavish has been a busy actor since making his debut in the 1980s and has worked with some of the biggest stars in the world.

“There’s a lot of effort to conceal the mortality of these people, they themselves are very approachable I mean Sylvester Stallone, for instance, was a revelation to me. Apart from his ability to kill people on screen he’s also a very, very intelligent man. Very funny, he loves improvisation, which I was really surprised by.

“My first day on Rambo he said, 'do you like improvisation?' and I said 'yes' ... and we improvised just about every scene of dialogue I was involved in with him. And he was hilarious.

“But the thing that sets these people apart, and Peter Jackson I would put in the same camp — not an immediate comparison you’d think you’d make between Sylvester Stallone and Peter Jackson, but they do have this in common — they are driven individuals … driven, driven, driven. They work incredibly hard, the days that those people put in would crush most people. Sly is the hardest-working guy on any set, and that’s why he’s where he is.”

Once the work is done McTavish says he “can’t wait to get back” to his new home in Aotearoa.