Is it time to quit your addiction to Google Chrome?

In September 2008, Google released the Chrome browser to wide public acclaim. By 2012 it was the most-used browser in the world, surpassing Mozilla and eventually winning the second browser war.

Nowadays Chrome has 70 percent of the market share, but it is starting to receive criticism for hoovering RAM and draining batteries, not doing enough to ensure privacy and people are starting to look to browser alternatives, such as Edge and Vivaldi. 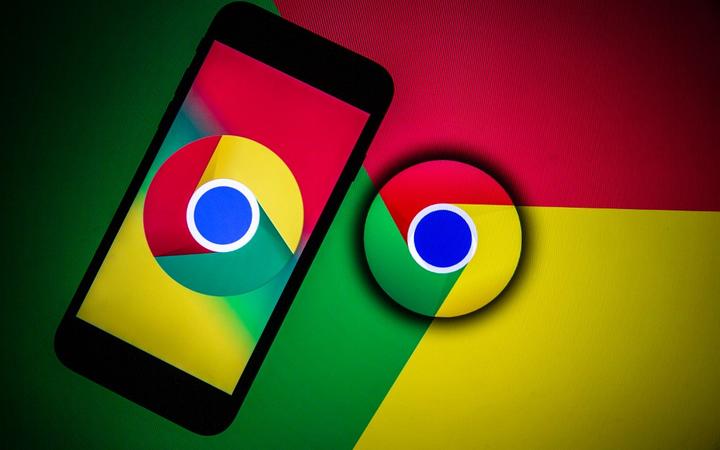 Mohawk Media's Helen Baxter tells Jim Mora it is not that hard to switch browsers and the benefits, especially with better privacy and speed, can be significant.

“Its performance has been getting worse and worse. It’s quite ironic that they have 70 percent market share, most of us are using Chrome. But it’s slow, it eats up your battery life, the privacy settings aren’t as good as other browsers and frankly, it’s just not the best browser out there.”

The current battle for browser supremacy is a cyclical affair as new technology emerges or is reshaped to suit people's needs, she says. Google Chrome's current position at the top is mostly down to habit.

“Netscape and Explorer have reached those lofty heights previously, so the top spot changes over time.

“But I think it’s just the fact that people have brought laptops where it comes pre-installed and it’s that ease of use.

“It’s just there and the thought of installing a new browser and choosing. It just seems like too much work to a lot of people.”

The new Microsoft Edge browser uses the same underlying technology as Chrome and have been doing good work with software developments, she says.

“Some of the better browsers out there are all built on Chromium, which is a code base that Google created. So, it’s funny that people have built better products with their code base.”

“I think one of the other reasons that a lot of people use Chrome and get a locked into it, is that as these Browser extensions, this customisability, these extendable uses you can have by adding on all these little widgets. These let you do cool things like I can send you a Gmail message into the project management tool in a couple of clicks," she says.

“However, other browsers are now allowing you to add extensions and I believe Safari has a new version coming out later this year promising the ability to use extensions as well.”

Google’s affect on a device’s RAM is important for those working while in transit or from their phones. Speed is also an important factor, especially for those on a mobile data plan, because data can be used up quickly and for no good reason.

“What you don’t want to be doing is having your bandwidth and data eaten up by all of the information that they download to you to let you use it, which a lot of it is advertising.”

Browsers Brave and Vivaldi have been attracting attention as alternatives and for good reason, she says. Privacy, compatibility with password managers, innovative use of cryptocurrency and speed, are all catered for.

Privacy is an essential factor when using a browser and being able to use add-ons password managers that greatly reduce the possibility of getting hacked after unsafe browser is important, she says.

“It’s so easy to forget that when you are surfing you are being followed around by ad trackers. Facebook is a particularly virulent one as even when you log out of Facebook it is still tracking what you do.

“It’s quite funny when you search for something and then all those ads start to pop up in Facebook and Instagram. Also, use of password managers is really important.

“I don’t know about you but trying to remember and create different passwords is difficult. There are a couple I use Last Password and Dashlane and these integrate with the browser.

“So, when you come to sign up to a new site, instead of having to think of a new password, or even worse, use your one password for everywhere, what they will do is auto-generate a very secure password for you and then they’ll store that information in a really secure vault.

“So, the next time you come on a different device, which is running your password manager, you can just click and it will automatically fill the information in for you.”

Privacy is also protected by the browser having ad blockers, tracker preventers. Vivaldi even has end-to-end encryption.

In terms of speed and compatibility with different devices, the Brave browser is estimated to be eight times faster on an Android phone than Chrome. Another search engine, DuckDuckGo, distinguishes itself from other search engines by not profiling its users and by showing all users the same search results for a given search term.

“You aren’t reliant on Google's algorithms so you’re more likely to find other sources of content or news. You aren’t in that Google search bubble… the good thing with Brave is you can toggle between any number of search tools.

“In Brave you can actually have a private window called Tor and the Onion router. This is the tool, which has been used overseas by people who live in places where they have regimes that do track your search history.

“What Tor does is, it doesn’t connect to a website as normal, it actually hides your IP address and the sites you visit and then it routes the browsing through a chains of three servers before it gets to your destination and each of those connections are encrypted. So, it’s impossible for anyone to track who you are or where you’re coming from.

“However, it can slow down your browsing and some sites don’t work using it.”

Baxter says Chrome will probably maintain its market dominance for a while, but users will eventually be persuaded away from the platform by the relative benefits of other browsers.

“It’s like moving banks, it just seems like too much hassle and why would you bother, even though you know you’re going to get a better deal, but you don’t.”

Although Vivaldi, she says, guides you through an easy set-up in a customised way.

“So it’s not as hard as you think to download a new browser and remember you can have multiple browsers on your machine.”