How walking benefits your creativity

Writer Mark Twain and philosophers Friedrich Nietzsche and Plato are among those who’ve extolled the virtues of walking as a means of arriving at mental clarity.

Now new Stanford University research shows that pounding the pavement, the countryside or the treadmill, boosts your creative output.

The activity has been shown to benefit those considering a problem or people about to enter an important meeting. Anyone, in fact, who engages in walking or running, can benefit, Dr Marily Oppezzo tells Jim Mora.

Dr Oppezzo has been involved with four studies to determine the differences between being stationary and walking - on treadmills, walking outdoors and indoors - and the quality of thoughts and observations while doing so.

Most of the participants did a test called Alternate Uses designed to measure creative thinking and a test which involved the use of analogies as a means of grading creativity, Dr Oppezzo says.

“We defined our field creativity as ‘appropriate novelty’. Appropriate means it’s relevant… and also novelty, which means nobody else said it.”

Her studies showed people's creativity increased 60 percent when they walk.

The mechanical process of walking doesn’t require much attention or focus, but it allows us to engage our cognitive functions in a way we usually wouldn’t when sitting, she says.

“There’s another line of thought that says walking is exploratory, a behaviour where we want to pick up new things, evolutionarily, we want to notice new things in space and so that might predispose us to be more open to noticing the environment.

The same effect on the brain can be achieved on a treadmill at the gym, as you’d have running around in nature, she says.

“You don’t need to be outdoors at a babbling brook. There’s actually good research that shows walking outdoors is restorative, with strong emotional benefits… But for this particular activity I think that it’s the walking itself is what’s driving the effect here.”

She finds the simple act of walking away from her computer can be enough to move past a writing block, while for others their best ideas are conceived while running. The optimum pace and duration will vary with people.

“We actually had people walk at the pace where they found their natural gait, because work shows that if you force people to go at an unnatural gait it will take too much focus away, so you’ll do worse.”

Creative walking can be best achieved by choosing a topic before embarking on the walk and giving it a context in which to manifest. 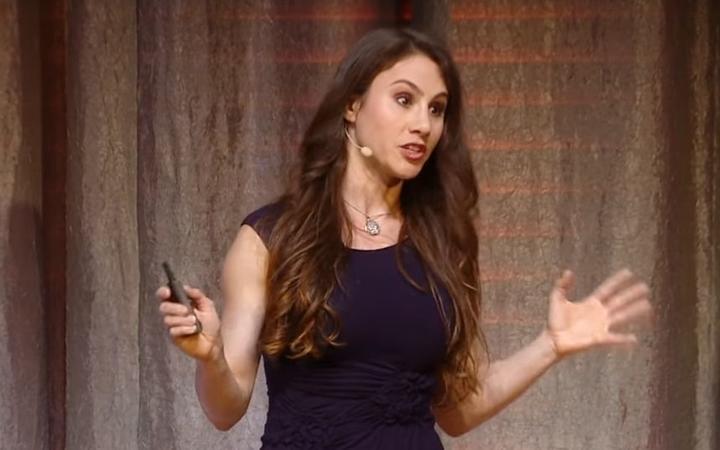 “You need to have some sort of parameters. Then I would say, either walk inside or outside, but record your responses because you want to remember them and not all of them are going to be rock stars, but the point is to come up with as many as you can.”

Incorporating walking in a daily routine is the best way to gain benefits, she says.

“Not so much volume, but frequency. It’s not so much just a 10,000-step marker, but it’s actually getting it throughout the day. So finding ways to build walking into your workday, which would be not only not hurting productivity but would be enhancing it, would be golden.”