Key to self-control is working smarter, not harder

Self-control failures are a frequent and common occurrence of everyday life, but what is self-control? University of Wyoming psychologist Laverl Z Williamson's research shows that if you want to improve your self-control, you need to focus on proactively reducing, rather than reactively overpowering temptation. 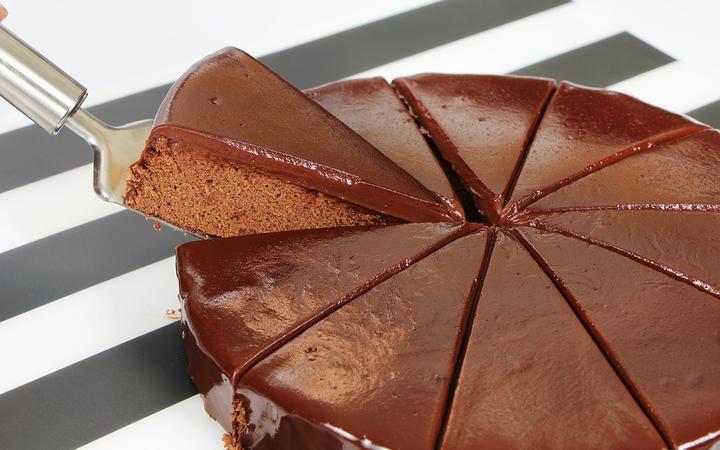 He tells Colin Peacock the best way to assert self-control is to avoid the temptation of stubbornly attempting to block out thoughts and instead think ahead and pursue clever avoidance strategies. Finding the discipline to keep fit has been a constant theme in his own life.

“It’s definitely relevant to me in my personal life and it’s actually really useful because I’ve been able to take what I’ve learned in my research and apply it in my own life, probably just to get into better shape and just to do a better job of managing conflicts.

“I think of self-control as the ability to stick to your long-term goals even though you might be tempted to do something enjoyable, like right now. Like, when you’re on a diet it would be the ability to choose a salad when someone is offering you a piece of chocolate cake,” he says.

It describes the process that the subject undergoes when the subject resists the temptation of an immediate reward in preference for a later reward. The Stanford marshmallow experiment in 1972 studied delayed gratification, led by psychologist Walter Mischel.

A child was offered a choice between one small but immediate reward, or two small rewards if they waited for a period of time. In follow-up studies, the researchers found that children who were able to wait longer for the preferred rewards tended to have better life outcomes.

“A lot of people struggle with self-control and it’s not because of any type of character flaw," Williamson says.

"If you are going to understand human behaviour I think you have to look at our evolutionary history. If you think back to our not-too-distant past the average life expectancy for a human being was like 35 years, so throughout most of our evolutionary history we weren’t worried about saving for our retirement and so we have all kinds of motivational forces pushing us towards the things that are going to be immediately enjoyable at the cost of things that might be beneficial in the long run.

“It is the ability to recognise that sticking with our long-term goals will produce this beneficial long-term outcome. But it’s a difficult thing to do because I don’t think that’s naturally how we think.”

He says the best way to assert self-control is making that action easier.

“Try to think ahead of time and anticipate possible confronts that might arise when pursuing their goals. When you’re on a diet try to anticipate when you might be tempted to order a pizza or something like that. If you think ahead you can plan different self-control strategies.”

Williamson says it's useful to look at self-control as a trait and people who display it tend to have well-established routines to prevent bad decisions.

In the late 1980s psychologist Roy Baumeister come up with a theory based on research that self-control was like using a muscle: After exercising it, it loses its strength, gets fatigued, and becomes weak. Baumeister argued willpower was a limited resource and over use led to "ego depletion"  and a subsequently diminished ability to exercise self-control.

“I do like the strong model because it does provide people with a useful analogy to understand self-control," he says.

But the best method of attaining self-regulation lies in avoidance. Williamson references the Greek myth of Odysseus and the sirens found in Homer's Odyssey. The Sirens were creatures that enticed sailors to their destruction with their irresistibly beautiful singing. In the story Odysseus on his long voyage home following the Trojan War, successfully escapes their enchanting call, by tying himself to the mast of the ship.

People most successful at avoiding temptation take the opposite approach, Williamson says.

“Instead of sailing by the island they just go in a different direction, so if you can navigate around temptation. That might be the best strategy in the long run.”

Distraction techniques are also useful, as opposed to stubbornly blocking out a thought, like building a dam in the mind.

“What you don’t want to do is something called thought suppression,” he says.

“You need to replace a thought with another thought but even that depends on self-control to some degree. So in some ways you’re always going to need some amount of will-power to resist temptation, but if you use something like distraction you can at least make it easier on yourself.”

Also re-framing the temptation can be useful, positively reinforcing your decision to avoid that action or thought.

“That’s called reappraisal. So, maybe you need to change the way you’re thinking about a situation and maybe that will make self-control a little bit easier. So, if you’re trying not to eat a cookie when on a diet, instead of thinking about how good those cookies are going to taste you could tell yourself that those cookies look stale and old and probably won’t taste very good.”