Celebrated sports author and historian Ron Palenski is offering new evidence that rugby was played in Whanganui a year before what was believed to be the first game played in this country - in Nelson in 1870. 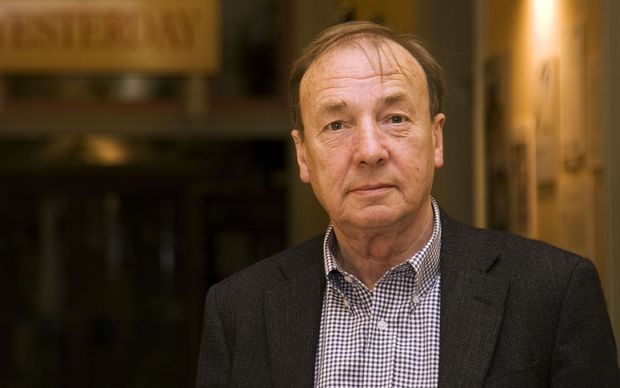 Palenski dedicates his book to those who decided rugby would become New Zealand's game. In the 19th Century, various versions of football were played by people here until it was gradually played according to the rules developed in rugby school.

"As rugby took hold, particularly in Auckland, it became the game of choice because it was becoming a dominant game and the other football version sort of went by the bye." 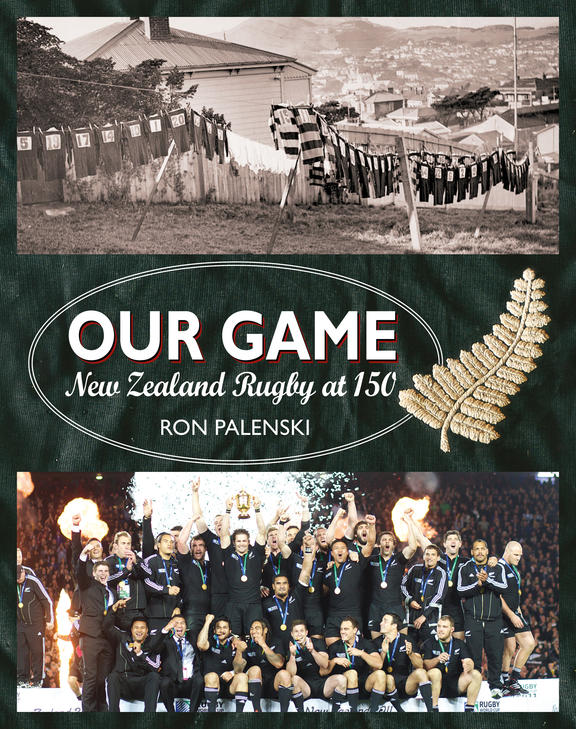 Charles Monro is generally regarded as the one who introduced rugby in Nelson in 1870. But contrary to popular belief, Palenski told Sunday Morning rugby was first developed briefly in Whanganui the year prior to Nelson's game before spreading throughout the country.

While there is evidence a game was played according the rules of rugby, there is less proof as to who played the game, he says.

The Nelson theory has probably persisted as opposed to the Whanganui one probably because it become widespread throughout the history books, Palenski says.

“It’s fairly common view that the All Blacks got their name because of the black jerseys and someone wrote about the 'all backs' and someone inserted an 'l' in the name, that’s just nonsense. It’s commonly believed that William Webb Ellis began the game in 1823 by catching a ball and running with it, equally that’s nonsense, but people don’t challenge these things, they just accept them, because it’s easier I suppose."

Rugby in those days would be considered "turgid" by today's standards, he says.

“Lots of what we would call rolling mauls and the ball would stay in the forwards for a long time and the backs would die of either frustration or hypothermia ... and there was a belief among some players that if you hook the ball back to the backs then those who had hooked the ball were therefore in front of the ball and therefore offside."

It was only when the English team came in 1888 that the rules were explained more clearly, Palenski says.

So then how would the most popular players from the likes of George Nepia, Dave Gallaher, or even Colin Meads, measure up against the likes of the Hurricanes or the Blues' form today?

“Good players are good players in whatever era in which they play, they can only play in their own eras," Palenski says. "But if it was possible to have a Beauden Barrett in 1905, he would’ve been a great player then just as he is now. Similarly, Meads would have shone in this sort of rugby at the moment, because he would’ve been doing nothing but playing rugby and he was such a dominant player.”

And with the return of the crowds to stadiums this weekend, Palenski says it'll be interesting to watch Barrett playing for the Blues against his old team, not only for the performance, but to see the reactions of the players throughout.

“It’s great to be able to sit back and see some games and see history accumulating for a change instead of watching old stuff.”

Even throughout history, players that were looked at as being rooted in their communities jumped at every chance to play, Palenski says.

"All the top All Blacks would show up and play for John Sturgeon or whatever it may have been, so they played for the enjoyment of the game and the opportunity to catch up with old mates, and it’s an aspect of rugby that people sometimes don’t understand, because the game goes beyond 80 minutes ... the attraction of rugby is much wider than that."

But he refuses to pick sides when it comes to predicting a result.

“In my younger days, I made a fool of myself many times by predicting results quite badly, so I stay clear of it these days.”

Women in New Zealand were pretty close to going professional with rugby before men, but like the first attempt by men in 1977, it ran out money and steam.

In 1891, a woman had advertised throughout the country that she was going to set up a women’s rugby troop, with two teams nationally and plans to go to Australia and the players would get paid 10 shillings a week.

“Enough women answered the advertisement and went to Auckland and were training and got some publicity … but then it faded away because … the two promoters didn’t have the money to carry it through," Palenski says.

Although some say the idea was widely criticised in media, he says he couldn’t find anything other than one newspaper's editorial.

The editorial reckoned that women were constitutionally unfit for rugby and it was 'unwomanly' for women to play the game, but as Palenski remarks, that was only one man’s opinion. It was, however, fairly common in those days for women's participation in sport to be viewed negatively, he says.

“The Star [Times] editorial was reflective of its times whereas the women who were actually playing were ahead of their times.”

In his book, he also explores stories of the some greatest players - including those who met untimely and tragic deaths but deserve recognition.

He also recalls some of the more witty stories of the game, like 56-year-old Hilda Madsen who whacked a player in 1961 on the France tour.

"This was when France played South Canterbury ... and the Canterbury first five was grabbed by the scruff of the neck by one of the French players and dumped rather unceremoniously to the ground and it had been a fairly nasty game. And Hilda Madsen... she raced from the stand out on the grounds, and whacked the frenchman on the back and police and St Johns took her away.

"The crowd loved it of course and the police said it would've been too embarrassing to have charged her with anything."

With much uncertainty for the future of the game, Palenski says it's important to look at people who still go to Test matches, those abroad with interest in the All Blacks, and the invisible followers of the game - who may not go to the stadiums but still watch and get involved online in communities and read all the books. "If rubgy was dying, then you wouldn't get that."