The authorities may finally have their man in the search to find who abducted Madeleine McCann, but it doesn't explain why it has taken 13 years to pinpoint the 43-year-old German - a known sex offender who was living in the area of Praia da Luz when Madeleine went missing. 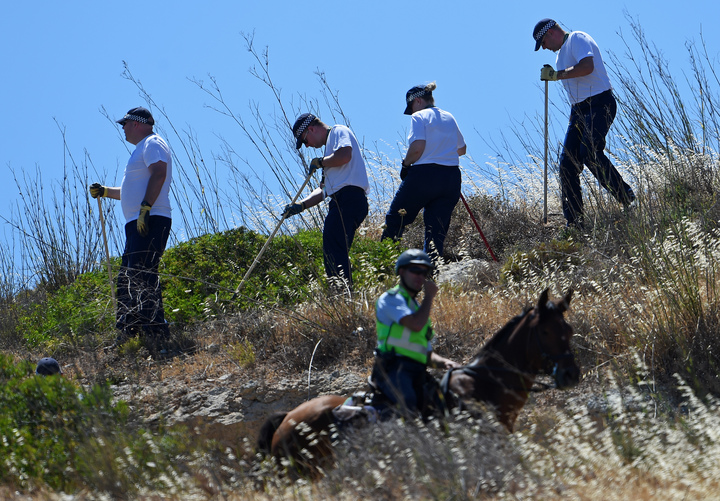 Dr. Graham Hill is a criminologist and child protection expert who was sent to Portugal only days after the British toddler went missing. He said the entire investigation was fundamentally flawed from the onset.

While the German suspect has been identified, Hill said German authorities still likely did not have enough evidence to charge the man.

"I think if you read between the lines, the German authorities would not have gone public with the information that they have, if they have enough to charge this man," he said. "They've given out phone numbers, details of cars, addresses, so I think they're probably looking for someone to come forward and give them some more crucial information."

Madeleine McCann was "assumed" to be dead, German prosecutors said.

He said discovery of this key suspect 13 years later meant that there would be more questions asked about the initial Portuguese investigation of the McCann case and also the Metropolitan Police's investigation, which began in 2012.

"If you look at the history of this man, he was a known sex offender, living or frequenting the area of Praia de Luz where Madeleine went missing - it shouldn't have taken the Portuguese too long to identify him and if they did identify him, why did they not consider him to be a viable suspect, given his history?" he said.

"And then when the Metropolitan Police opened their investigation, we understand that his name was amongst the information given to them by the Portuguese. It's a legitimate question to ask, in what context did they have that name given to them and why did they not consider him to be a viable suspect?"

Hill said the German suspect was not on his radar when he arrived in Portugal in 2007 to offer the Portuguese police advice in the initial stages of their investigation into McCann's disappearance.

It was advice that was not entirely appreciated by the local police - Hill said he believed they felt "professionally insulted" by the gesture. However, he had serious misgivings about how they were handling the investigation - not necessarily what they were doing, but when they were doing it.

Hill had studied men that abduct, sexually abuse and murder children. He said when children under five went missing, it was for two reasons.

"One is they wander off and have an accident and are found or not found, and the other one is that they're taken," he said. "One of the important things to do early is to have a very significant and a very detailed and well-documented search strategy."

If the child wasn't found in these initial stages, police needed to move into a very different scenario - "where you start to think about press releases, you start to think about compiling lists of names, known offenders that live in the area."
This was the kind of thing that needed to happen as early as possible, he said, as children that were abducted and ended up dead as a result were normally dead within three to six hours.

"When children go missing, by the time they get reported as a missing person and the police get involved, there's probably two, three hours already passed.

"So it's time critical for police officers and senior officers to do things in a very systematic way and make sure that they document what they do, because these cases can snowball and that's exactly what's happened in the McCann case."

Since then, the case had become a massive investigation and Hill said there were many questions to be asked of it.

"How did it take 13 years to identify a known sex offender, living and frequenting in the area, who was thought to be committing crime to fund his itinerate lifestyle," he said. "You don't have to be Sherlock Holmes to work out that this guy's a viable suspect."

While he found the situation in Portugal frustrating, he said he had offered guidance to police there on what he considered to be good or best practice around such cases.

"Where the difficulty really came was they have very different procedures, they are a lot more secretive about what they do, they don't tend to share information very easily.

"After a few days, it became clear to us that we weren't really getting anywhere and what we were offering wasn't really being considered as an alternative to what they were doing," he said.

Hill also spoke to Madeleine's father Gerry McCann during the early stages of the investigation, a difficult conversation where he had to tell him that statistically, chances were high that his daughter was dead.

The McCanns had always held hope that Madeleine might be found alive one day, but Hill said the famous cases where abducted children were found years later living with their abductors were very rare.

"They are what's considered to be 'black swans'", he said. "They are really unusual events, but everyone cites them when they talk about child abduction."

He said that whilst it was important to have hope that McCann could still be alive, statistics and researched showed it was highly unlikely.

"But without any clear and concise indication that she has been killed or is deceased, then the McCanns should cling to that hope," he said.