Survey results show New Zealanders are 'cautiously optimistic' about moving forward from Alert Level 2 restrictions to Level 1, rather than back to Level 3, says Research New Zealand. 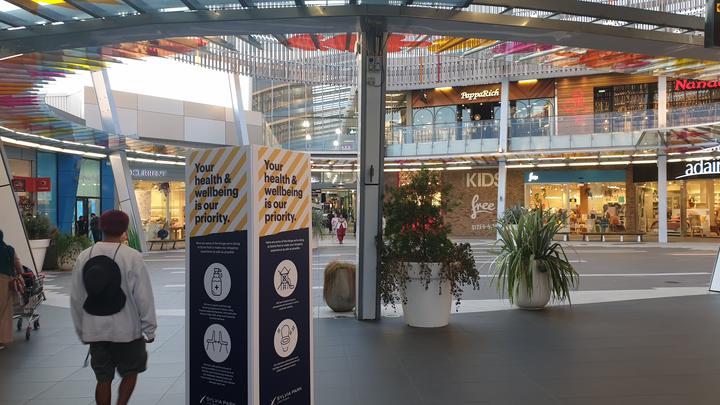 Managing partner or Research NZ, Emanuel Kalafatelis, spoke with RNZ's Jim Mora on the Sunday Morning programme today, about their ninth weekly survey on the impact of Covid-19, and how confident New Zealanders are feeling about progress, safety and the economy.   Photo: RNZ / Matthew Theunissen

"Cautious optimism is what we read into the results," Kalafatelis said.

"Precisely 61 per cent [of respondants felt confident]; it's not a brilliant result to be honest. If we were definitely optimistic, I would have expected that result to be 70, 75 per cent at least.

"So the fact that it's 61 per cent says to me that means the jury's still out on this. I think that's got something to do with the fact that concern about catching the virus and becoming ill is still very high - currently at 80 per cent."

When asked about the government's contact tracing app, which was released on Wednesday, 79 per cent said they would be happy to enter personal details, Kalafatelis said.

However, respondants were less at ease with the state of the country's economy.

"As you would have expected there's still a high level of concern with the ability of the economy to recover; 92 per cent are concerned," Kalafatelis said.

"And much to our surprise what we've seen this week is the beginning of a spike in the wrong direction in relation to people's concerns with the prospects of them losing their job - that's increased to 67 per cent, whereas it was 61 per cent last week. In our books that is a significant increase.

So, while there's cautious optimism we'll get to Alert Level 1 shortly, rather than move backwards, Kalafatelis says, it's mixed with worry for the economy.

The survey was a representative sample of New Zealanders over the age of 18, and was carried out on the eve of entering Alert Level 2.