The troubling economics of cruise ships

The Covid-19 crisis is offering an opportunity to restructure economies and change consumer spending habits - and  cruise ships should be part of that conversation, an industry critic says. 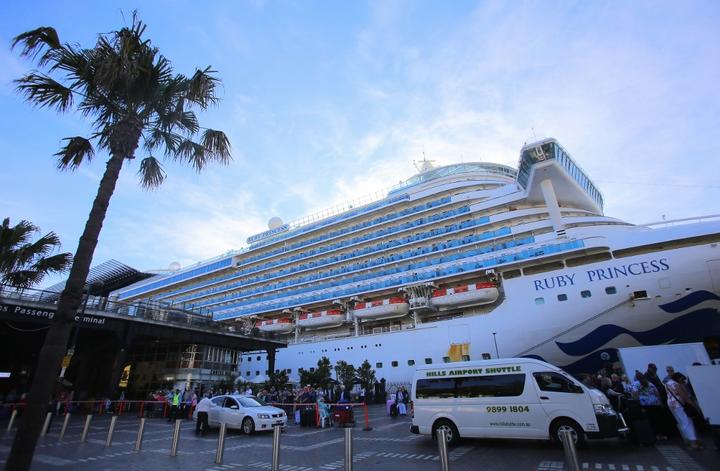 Journalist and author of Everything is BS: The World’s Greatest Scams Revealed, Zachary Crockett, says although the sector generates billions of dollars each year, it has a dark underbelly, involving tax dodging and poor employment practices.

Crockett, who also edits The Hustler newsletter, says arguments defending the sector, which generates billions of dollars across the globe each year, don’t stand up to scrutiny and that the public should be aware of the way the industry operates.

Cruise ships have been at the centre of some of the world’s most high-profile clusters of Covid-19, including the Diamond Princess, which had to be docked off the coast of Japan after passengers fell ill.

The subsequent two-week quarantine, which trapped more than 3700 people under increasingly hazardous conditions, came under fierce criticism for not adhering to infection, control principles.

With cruise ships now off limits as the wider tourism industry is hit by travel restrictions across the globe, many downstream enterprises and small ports are suffering from lack of revenue streams, including those in Dunedin, Bay of Islands and Bay of Plenty.

In 2018, 28.5 million passengers spent more than US$46 billion on cruises globally. In New Zealand somewhere between $600m is generated, with approximately 1000 port calls and 350,000 cruise ship passengers disembarking and spending money in towns and cities where some businesses are built around servicing those tourists.

US President Donald Trump has hailed the sector as an economic saviour of many ports in poorer, harder-to-reach regions of the world and that it represents a great US corporate tradition.

However, Crockett says there’s another side to the story. He says maritime lawyers and activists contend the economic benefits are inflated.

“They tell you the benefits these local economies get in port cities are quite small. Those countries will spend more on maintaining the port then they will on whatever they get from the fee  and there have also been a number of academic studies that show that local populations at these ports don’t really get much out of the partnerships. The returns are very nominal. So, there are two distinct stories.”

He also says costs to taxpayers have be deceptively high.

“In the last 25 years 360 have fallen off cruise ships. In one case where a women fell overboard in 2009, the US Coastguard rescue effort cost $813,000. Taxpayers funded these resources,” he says.

The journalist expresses the view that many have little sympathy for the industry in the current economic climate because of its corporate business model and the profits it reaps.

“This is a huge industry and a huge part of the global tourism business. But luckily for cruise ships they are an immensely profitable business. The top three companies raked in billions of dollars in profits in 2018 and it’s a very cash-rich business.”

“If you look at their numbers, their overhead expenses, on average a passenger will usually spend somewhere around $1000 on a ticket, but then what cruise ships do is they keep the ticket prices fairly low and then try to upsell you onboard stuff, so if you ever go on a cruise ship you’ve notice there’s tonnes of stuff.

“There’s casinos, private pools, alcohol bars, all kinds of stuff that they will sell you, so the average passenger will spend $600-700 onboard as well.

One such operator is Carnival Cruise Line, an international cruise line with headquarters in Doral, Florida.

Many US operators are based in the Bahamas and other tax havens, making them exempt from US taxes and also from following employment laws.

Many operators pay a tax rate less than 1 percent.

“Looking back at a decade of annual reports, it varies from 0.8 percent to 1.2 percent,” he says.

“That’s significantly below the 21 percent corporate tax rate that corporations should be paying in America.”

Working conditions are also dubious within the sector, he says.

“A standard contract is 308 hours per month. A lot of these employees are working 11-hour days, seven days per week, that’s 77 hours a week, for as long as eight-to-10 months with no days off.

“An argument often made is that these employers are paid commensurately with what they may be paid in their home countries. But even comparatively if you look at that, the rates are not great.”

Crockett says consumers should be aware of these practices and that current Covid-19 restrictions give people an opportunity to reset and make new choices about how they spend leisure time, and allow governments and local bodies to revisit relationships with the industry.

“Don’t think most consumers are aware of these things, they don’t want to think about this stuff

“This is a chance for real institutional changes … Occasionally there are moments in history that give us the chance to recalibrate and decide what we want to support, how we want to hold accountable and put a spotlight on what’s important.”

“We can’t forget about the people are the bottom who are hourly workers, who are on unpaid sick. Temporary gig workers who work for Uber and Lift, who are complete out of work.”