We are by nature a worried species, and yet a resilient one, says philosopher Alain de Botton.

The endless cycle of catastrophic news causes us to think we are living in unprecedented times, he says.

“The truth is homo sapiens is a very resilient species we’ve been through extraordinary cycles of suffering and joy,” he told Jim Mora. 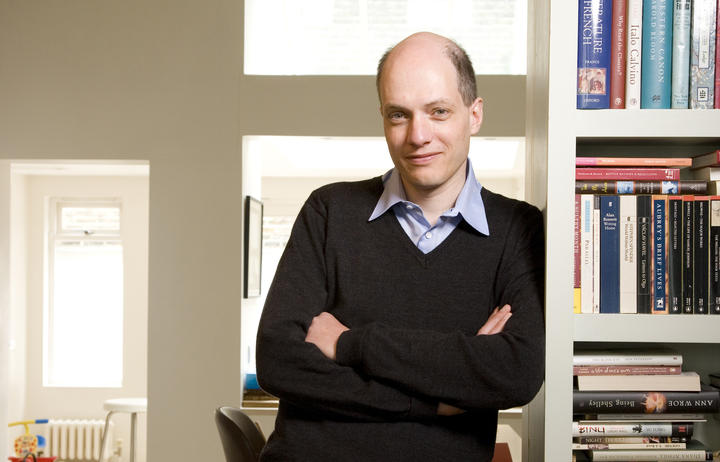 A positive that may come from the lockdown conditions in which millions of us are living is that it may bring with it consolations, he says.

“We’re rediscovering something that anyone who has been ill knows instinctively, which is more modest ambitions.”

In normal circumstances our expectations are through the roof, he says.

“That we will be famous, successful, rich, have a satisfactory relationship, expanding our horizons at all times.”

Such ambitions are damaging the human psyche, he says.

“[They] drive a good part of us insane every year, in the most dreadful of ways, the current situation has reminded us of this.”

Elevated expectations about what our relationships should bring are causing us grief too, he says.

“We have secularised the expectations that previous ages directed upwards to angels and deities. We have said we don’t need these deities we can find them at the nightclub. And that’s why when couples get together sometimes they call each other angel, it’s a genuine reflection of our belief in the superhuman potential of one's chosen other.”

And this causes many of us to come to grief he says, because our “very notion of love is crooked.”

“The romantic worldview keeps pressing the idea that we need to find a completely compatible partner, everyone is in search of total compatibility.

“Compatibility Is not the precondition for love, it’s the achievement of love, it’s where we get to if love’s gone really well.”

Real love, he says, has more to do with a toleration, “a sympathy for weakness and its well springs.”

The feeling we may no longer be wanted by another human being is a constant fear he says, one we tend to forget.

And yet we struggle, even in established relationships, to tell our partners are true feelings, de Botton says.

That our needs should be innately understood is a “fantasy that comes from early childhood.”

“There is an ocean of grief out there around physical intimacy,” de Botton says.

“We have a problem with civility out there in the world and I think we all need some reminders, me too, of the need to be civil.

“Saving people’s feelings is a really important part, as important of the need to be frank, we’re obsessed by the idea of being honest.”

There is much wisdom to be found in ancient culture, de Botton says, he is trying to remind us that not all new ideas are the best ideas.

“I’m simply raiding the cupboard of culture for ideas that I think that I and others around me might find useful.”

Understanding that life can be a constant struggle can help us find peace, he says.

“Being alive is an emergency, life is a giant hospice, it’s not a hospital, we don’t get better, were all dying, it’s all going to be over fairly soon however old or young you are.”

We need help, as we are not naturally calm creatures, he says.

“The ancient Greeks came up with the notion of tragedy, that the structure of life is tragic.”

Acceptance and the search for the quiet life is, he says, “a mighty human achievement.”

And while he has no “bromides” for the current troubling times in which we live, he says we should have realistic expectations.

“Let’s respect the storm that we’re going through and not expect ourselves to be totally sane all the time, insanity and lack of calm and lack of reason belong to a good life as much as its opposite.”