Neil Gaiman happily stuck in New Zealand due to Covid-19

British writer Neil Gaiman has been coming to New Zealand for writing appearances for years now, but he never envisaged he'd be locked down here.

For the better part of a month along with his wife, musician Amanda Palmer and their four-year-old son, Ash. The American Gods author has been living in Havelock North.

Gaiman has sold more than 50 million books. He writes anything and everything, the Dictionary of Literary Biography has him as one of the top ten living postmodern writers, his novel The Graveyard Book won the Newbery Medal and the Hugo Award, the only book ever to do that. 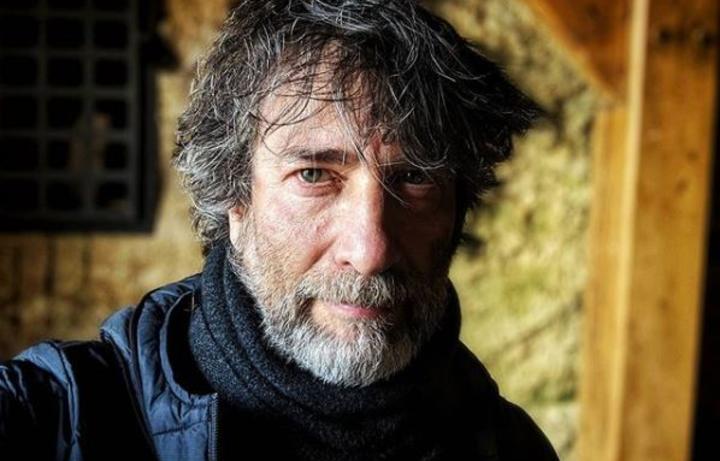 Then there was the Sandman comic, and the Good Omens book with Terry Pratchett about the coming of the end times.

It was “a glorious chain of coincidences” that led to him being ensconced in Hawke’s Bay, he told Jim Mora.

“My wife, Amanda Palmer, has been on tour with her album, and it was a 14-month long tour and it just happened to end in New Zealand.

“And as it was ending, I was in Melbourne waiting for her to come back, and I got a message from her saying, nope, things are going weird - come here.”

Gaiman says he has already been personally affected by Covid-19.

“I've already lost one relative in England, an elderly cousin who was so sweet to me when I was in my early 20s. I lived in her house in Edgware, rented her spare room as a starving young journalist.

“And what ripped me up most about that was realising that none of her family or friends had been able to say goodbye.”

That was the moment the pandemic stopped being “abstract,” he says.

“I really understood why countries would lock down. I have to say I'm so impressed with New Zealand, the speed with which it locked down.

“And it's funny for me occasionally hearing, you know, watching the news or whatever and seeing people go, ‘Ah, maybe we've overreacted’. And I'm looking at countries like the UK that acted very late, looking back at my home in America where it's a political car crash, and I'm just going they've dealt with it so well here.”

Gaiman is used to be being busy but he told Jim Mora getting work done in lockdown hasn’t been easy.

“It's been really interesting. Amanda and I had the most miserable first couple of weeks, because we kind of expected to be able to keep working in the way that we usually work.

“And were shocked when we’d get to the end of a day and realise that we'd had 45 minutes of actual working time. There's a four-year-old, to be entertained, read to, educated, kept away from sharp, pointy things.”

Gaiman added chickens to his Havelock North bubble just before the level 4 lockdown started, he says.

“Ash my four-year-old and I, first thing in the morning, go out and feed the chickens and count up the eggs and bring them back to the house and talk to the chickens and that kind of thing. And, it gives a shape to the day which is a wonderful thing.”

Gaiman says although we have time on our hands, the greatest achievement is for people to emerge from lockdown intact.

“If you have a personal goal and a thing that you're trying to do in life and you decided this is when you're going to write the book, or put up the shelves or learn to speak a foreign language or whatever and you look around and you go a month went by, and all I managed to do was prepare food three times a day and shower. Great, well done.