BAFTA award-winning children's TV presenter Anna Williamson looked to have it at all at the age of 25, but anxiety began to plague her.  When she had a breakdown, her dream life and career looked threatened.

She shares her story and the tools and tricks she used to get through the situation, in her new book, Breaking Mad: The Insider's Guide to Conquering Anxiety.

“I was presenting a number one ITV kids television show, a job I absolutely loved and valued. I can remember the day it happened as clear as anything.

“I felt like a rabbit in the headlights, not belonging to my own body or mind, petrified with every move and decision I had to make.

“I dragged myself into the studio to record another high octane show when something inside just snapped, and the months of fighting back tears burst like a dam.” 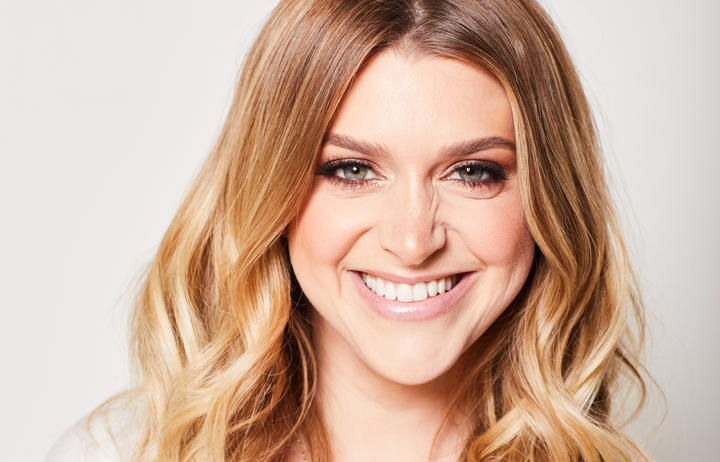 She told Jim Mora it was the book she wished had been around when her own mental health problems emerged.

“I was diagnosed with generalised anxiety disorder and panic disorder over 10 years ago now, and it was something that was so overwhelming, so scary and debilitating.

“I didn't know what it was. So, I suffered in silence like so many people do who are experiencing mental health issues.”

She thought she was going mad, she says.

“Forgive me for saying this, but this is how I felt at the time. I felt like I was insane. I felt that something was very seriously wrong with me.

“But actually, it wasn't. I mean, yes, I was unwell, I was mentally unwell. But I didn't recognise or realise that, that actually generalised anxiety disorder and burnout and emotional breakdown, which is what I was having as a result of many factors in my life, was a very normal thing.”

Although the book is co-authored with a clinical psychologist, she wanted to write an accessible book, not a medical text.

“When you are in the grips of an emotional mental health breakdown, disorder or anxiety, you can't concentrate.

“You're normally sleep deprived, you've normally got an absolute ton of adrenaline firing around your body the whole time. So, to sit down and concentrate on a book with large chunks of literature, is very hard to digest and can actually exacerbate the anxiety even more, which is what I was finding. So, I wanted something that was much easier to understand. I wanted to write something that was almost a ‘beginner's guide to.’”

The writing of the book helped normalise the condition, she says.

She says the day she broke down at work, pressure had been building up within her for some time.

“I was in my mid-20s. I had a job that people would have given their right arm for, I was a well-known kids TV presenter on a network show that was Saturday, Sunday mornings - so it was the Holy Grail.

“But what a lot of people didn't know about, which nobody knew at the time, was that I was in a very dysfunctional relationship. It was a relationship that was emotionally abusive, which I didn't actually recognise at the time, gradually my confidence and my self-esteem was dwindling away.”

She was isolated in her private life and putting on a show for the cameras, she says. She was also a people-pleaser, she took on more than she could reasonably handle.

“It was like a like I was a car, but the petrol tank had been getting down to empty and then it was starting to get beeping … if you don't fill up soon, you're gonna actually combust and break down. But I didn't listen.”

She had been deteriorating for weeks, she says

“I'd been getting worse and worse. I moved out of my apartment in London. I’d gone to stay with my parents, I hadn’t slept - insomnia and mental health can feed into so many other areas as well.

“So, insomnia, I wasn't eating properly, so I wasn't fuelling myself properly - something's gonna give, and it did give when I went into work that day.”

A colleague noticed something was amiss and asked Williamson if she was OK. That’s when the floodgates opened, she says.

“There's nothing more embarrassing than crying at work; but thank goodness I did. And it was that moment that I opened up to my closest colleagues about how much I had been struggling.”

Williamson is better now, and she manages her anxiety using techniques she’s acquired while in treatment.

Talking to someone when a panic attack starts is crucial, she says.

“I know that if I am feeling anxious, I need to remove myself, I need to tell someone that actually I trust who I'm with ‘I'm going through this right now, I need someone kind to pull me down from the rafters so to speak. Have at least one or two people that you trust that you can ring and tell them how you're feeling.

“I have my husband - he understands, my mum’s another one and I have a very good friend of mine called Gareth, who also understands and those are the people that I can ring when I'm right in the middle of an anxiety bout and I can go ‘it's here’ and they know exactly how to support me in that moment.”

She is also a great believer in writing down her goals, which she refers to when she’s having an attack.

“When you are feeling anxious, all logic and reason just goes right out the window. So, when you have things written down, it pulls you back on track again.”

She has also re-framed how she describes her condition.

“I think panic attack is such a horrible word, isn't it? You know, anxiety depression, I mean, these are all sorts of weighted words and labels.

“Wobbly is one of my words I use and then attack, that's a hugely powerful, aggressive word, isn't it? Another word for attack could be a moment. Okay, so to rename panic attack to a “wobbly moment” that automatically feels like such a less harsh thing to be experiencing.

“And when we take that severity out of the label, it can feel a lot easier to then cope with.”

She has learned to respect her boundaries, she says.

“I'm very, very good at pushing back if I'm getting flooded with emails, or …. I think digital technology wonderful as it is, can be really overwhelming sometimes.

“So, for me, it's just knowing …I can always feel the flutters if I haven't slept enough, if I'm feeling a little bit sleep deprived, it's always a trigger for my anxiety.”

Taking notice of these early signs allows her to pull back, Williamson says.

“I will mute my phone, I will go for a walk, I will go to the gym. I will do whatever it takes just to basically reset myself.”

“It’s a really good way of being able to view yourself from a distant vantage point. And the reason we do that is it takes the emotion out of the situation and the emotion is the anxiety.

“So, you can look at it in a more logical way and you can start to understand and change symptoms, just simply by viewing yourself from a distant viewpoint.”

She is also a believer in Cartesian questioning.

“They sound really complicated, but I would urge anyone, to look them up.

“It's like what will happen if I do do this, what won't happen if I do this. It's a series of four questions, which have a kind of a slight slant on the tense each time.