Will we inevitably have a mid-life crisis? The data seems to suggest so, and now we know the age where we’ll be the most unhappy.

Dartmouth College Professor David Blanchflower is known as the 'Walking Economist'. A former Bank of England policy maker, Blanchflower has studied data across 132 countries to measure the relationship between wellbeing and age and come up with a U-shaped happiness curve, which reaches its lowest point at age 47.2. 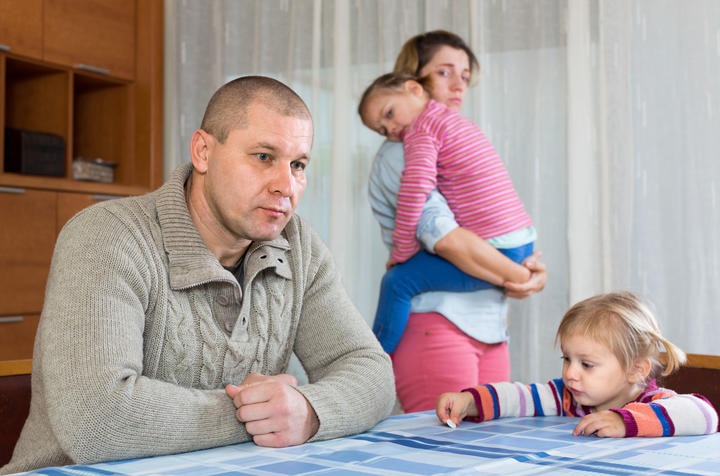 He says the number comes from the average of people surveyed across several countries including New Zealand, Australia and Canada.

“We took the average of the low point of happiness and we got 47.2 and that seemed like a pretty good statistic. I think onwards in my life I’m going to be known as Mr 47.2, but there’s worse things to be called.”

Our happiness is on a U-shaped curve, he says, where we’re happiest when we’re 18 and then happiest again at 70.

Prof Blanchflower says that it doesn’t matter what people’s life circumstances are or where they live, the curve remains stable.

“This is pretty surprising; that it seems to be the same everywhere.”

Another surprising find is that great apes experience the same unhappiness curve as humans, suggesting there may be something biological about wellbeing and age.

“It’s intriguing in the sense that when I started writing about this a decade ago, friends of mine who are development economists said they were sure I wouldn’t find it in countries where there’s short life expectancy – some countries in the world have a life expectancy around 50 – so I looked and I found, surprise surprise, it doesn’t seem to vary.

“If it doesn’t vary based upon variables that you think would cause it to vary, then you probably have to say, golly, maybe there’s something deep going on. I’m not saying there is, but it’s intriguing that there’s this stable pattern where everything suggests there shouldn’t be.”

A possible modern contributor to middle age sadness is the breakdown of social ties and atomisation of the individual.

“The big thing now is deaths of despair, especially in America, where prime-age, less educated and white people who are committing suicide, drug poisoning deaths, alcohol, cirrhosis of the liver type deaths. And, of course, the rise of populism and prime-age folk sort of shouting out with cries of help.

“These things are clearly pretty broad, especially in places that were impacted very hard by the great recession. The latest data on real wages shows they are 4 percent lower today then they were in February 2008, even though the recovery has happened.”

Prof Blanchflower says the people who have got through the recovery the best are ones with families, clubs and churches they can go to.

Another factor that affects the curve is children. Research has shown that babies and toddlers make people happy, but school age children from 5-18 don’t.

“You have to ask yourself why people keep having kids if it doesn’t make you happy. The evidence appears to be that they are expensive and parents struggle with their finances.”

He says the things that can alleviate unhappiness include being in work, having a higher education, and being with a single partner that you have sex with relatively frequently. However, we’ll still face the curve no matter our circumstances.