Good news stories to wrap up the decade

With the New Year right around the corner and everyone trying to get into the festive spirit for Christmas, it can be hard to avoid all the negative news around the world.

But if you ever feel like you can’t digest anymore bad news, as LA-based illustrator Mauro Gatti says, indulge in a healthy dose of happy news as “a delicious part of your dietary news intake”. 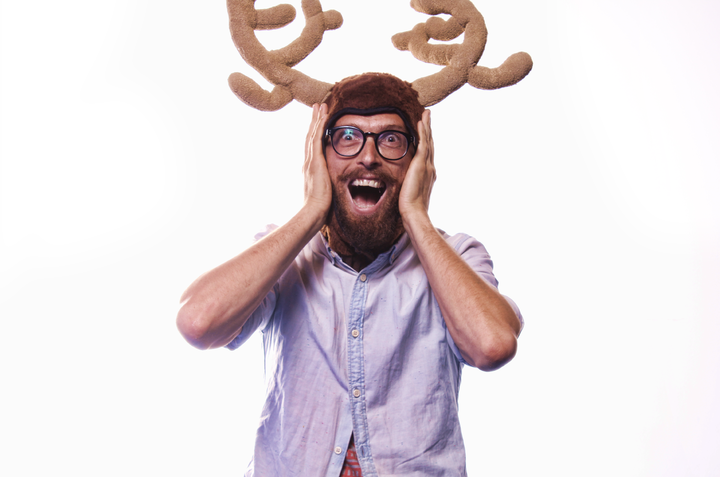 Gatti told Sunday Morning he was growing tired of the continuous stream of bad news stories that exasperated his anxiety.

He took it upon himself to spread the message about the good things in the world, and so The Happy Broadcast was born.

“The fact we’re constantly exposed to screens all around us made [my condition] worse,” he says.

“I always say it’s very important to be aware of the problems and the issues in the world, without knowing them it would be impossible to prevent them from happening again. But I also strongly believe that there is so much good in the world that just needs to be found and promoted, because as of now unfortunately good news is often relegated to the bottom of the list.”

His other advice, keeping in line with his love for food analogies as an Italian, is that one of the key ingredients to mental health is positivity, but with a pinch of salt too.

“The real goal of the Happy Broadcast is that we are all aware of the big challenges that we’re facing right now, and we don’t know to be honest, there’s no guarantee we’ll overcome all of them.

“But The Happy Broadcast wants to serve as a place to celebrate and be inspired by the actions of millions of people that on a daily basis are showing us that we can all make a positive impact... even a small action can have a ripple effect of positivity, whether it's in your neighbourhood or on a much bigger scale.”

Paired with his own illustrations and taking some contributions/suggestions from followers, he’s found a special market for his platform. Last year, one of his best good news stories reached 1.3 million views, and this year his biggest hit was 2.8 million views.

And he’s not taking any of the attention he gets for granted, making sure to engage with his following and that they gain something from what they read.

Some of the stories can also showcase how the global problems we worry about do have solutions, even if they start small, Gatti says.

Here are some of the highlights from his good news stories:

One of his favourites stories is about a Japanese newspaper that’s made out of recycled paper and seed. After reading it, you simply tear it up, plant it, water it and flowers will bloom. “That to me is like amazing, that tells everyone we can reinvent objects we use everyday and make them more sustainable so that’s very interesting,” Gatti says.

Another of his memorable ones is about a person in India who after 35 years of planting a tree a day, created a forest that’s bigger than Central Park in New York. “That is incredible again because for every person that feels powerless, that is a great example, that if you do something everyday the results will be mind-blowing.”

Also in India, villagers knit giant sweaters for elephants to protect them from cold.

In Sweden, an initiative was launched that sent texts to blood donors every time their blood saved a life.

A German circus is using holograms in bid to end animal cruelty.

In Rome, you can pay for metro tickets with plastic bottles – 350,000 botles have been recycled because of the initiative.

In India, a ‘garbage café’ accepts trash in place of money for food. It’s a clever way of hitting two birds with one stone – hunger and pollution – Gatti says.

Daytime disco parties are being held in South Korea for over-65s to tackle dementia and loneliness. Where the country once used to only recycle 2 percent of food waste, it now recycles 95 percent thanks to smart bins and biodegradable bags.

Colombian women with visual impairments have been trained to detect breast cancer and are outperforming doctors.

New Zealand has also made its mark on The Happy Broadcast with Air New Zealand’s recent edible cups initiative.