Jo Wood: 'It was a lot of fun keeping up with the Stones'

She was married to Rolling Stones guitarist Ronnie Wood for more than three decades, and while she's not necessarily proud of it all, Jo Wood wears the fact that she could keep up with the likes of Ronnie and Keith Richards as something of a badge of honour.

She has just released a new book, Stoned: Photographs & Treasures From Life with the Rolling Stones, which documents the exclusive view she had from the inside. 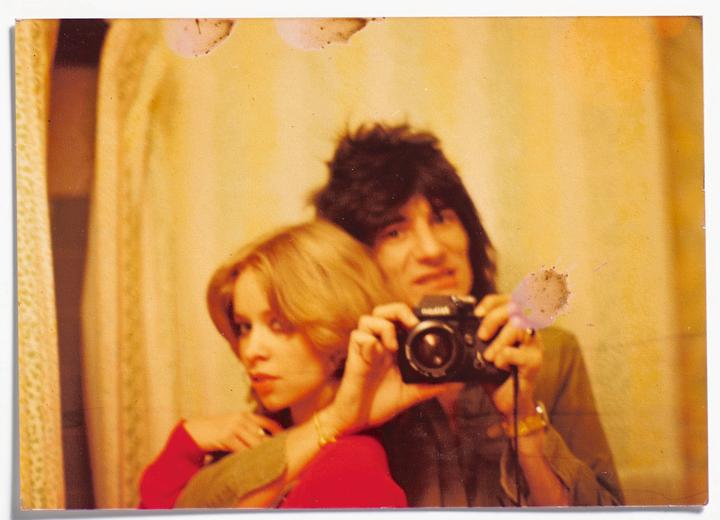 She told Jim Mora the book came about by chance when she was rummaging through some old photos.

“I was actually going through pictures to look for stuff to put on my Instagram. I’d taken these boxes out of storage and a friend of mine, who used to be a rock journalist, was over here at my house and he said ‘What you got there, Jo?’…. ‘Just sorting out some pictures’. He went, ‘Oh my God’. And he started going through them and said, ‘What are you going to do with these pictures?’

“I said, 'I don’t know put them back in the box'. Anyway, he forced me, kept nagging me to go and see publishers went to see a couple and Octopus went, 'we’d love to do this'."

Wood, unlike the Stones’ other partners, always joined the band on tour and her candid pictures reflect a time before the ubiquity of smartphones.

“I don't think it would be the same because people seem to be ready to have a picture taken now, you know, but then I used to take pictures more of the moment. If you know what I mean, you weren’t constantly with the camera in your hand.”

Not all of the pictures made the book however, Wood explains.

“There was some a couple of some pictures that I couldn't put in the book, you know, somebody having a line and stuff like that.”

Wood, along with her husband, joined in the hedonistic rock n roll antics with enthusiasm, she says.

“I’m not proud of it. I don't suppose I could have been on the road with boys unless I was part of staying up all night and having a line and having a laugh and getting drunk and still keeping it together. I think if I had been really straight, I wouldn't have been part of that.

Once Ronnie joined the Stones he formed a strong bond with fellow guitarist Keith Richards, a friendship which continues to this day. Wood’s first meeting with Richards in the late 1970s was at the height the Stones’ druggie debauchery.

Wood had just met Ronnie and he invited her over to Paris for a date, she says.

“We had no mobile phones then and I just had the address of a hotel, I didn't have much money and I think I asked my father to lend me the money for the ticket. ‘I'm going to Paris Dad’, I didn't tell him who with.

“And I've got to Paris, got to the hotel, and he hadn't even made a reservation - nothing. And I was lucky that they gave me this little tiny maid’s room at the top of the hotel. And it came to one o'clock in the morning and he still wasn't there and I thought what an idiot I have been.”

Finally, as dawn broke, Wood gets a call to her room saying Mr Wood is in reception and would like to come up – Ronnie duly appears at the door with Keith in tow.

“He didn't say anything at first, he pushed past me, sat right down opened his ‘doctor's bag’ as he used to call it, took out a spoon and crushed a tablet and got a syringe and stuck it straight through his shirt into his muscle and then turned around and said, ‘How lovely to meet you, my dear. I've heard so much about you’” 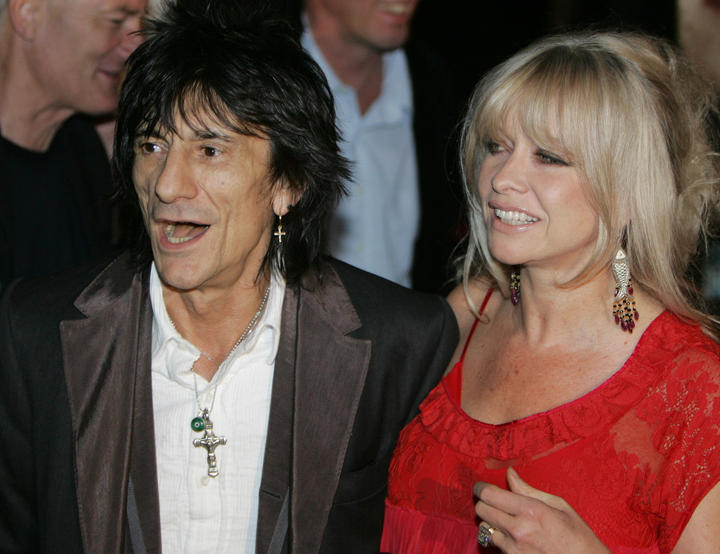 Richards is somewhat more domesticated these days, and Wood says she keeps in close contact with him his wife Patti and family.

The Stones these days are happy and contented, she says.

“They're all good, Keith and Patty are great. I just went to their daughter's wedding and about a month ago in New York, Ronnie was there and we sat and chatted. He's happy with Sally [Humphreys] and he's got these two beautiful little girls.

“Mick is… I don't know what girl he’s going out with it moment. I think he's still with a ballet dancer.”

And despite the trauma of her divorce from Ronnie after so many years, she has forgiven and moved on she says.

“When I got over my initial heart ache, I thought 'pick yourself up Jo forgive your husband' – ex-husband - you know, we were together for 31 years. And we had great fun, we’ve got great kids and will always have that connection.

“It was a great time for me. I mean, I was very lucky to experience that, I forgave him and got on with my life.”