Yes, wisdom and happiness really do come with age

Yes, you get wiser with age, as it turns out.

Dilip Jeste is a professor of psychiatry and neuroscience at UC San Diego and director of the UCSD Center for Healthy Aging, and he's challenging people to take another look at their perceptions of ageing, which he says is most certainly not all doom and gloom. 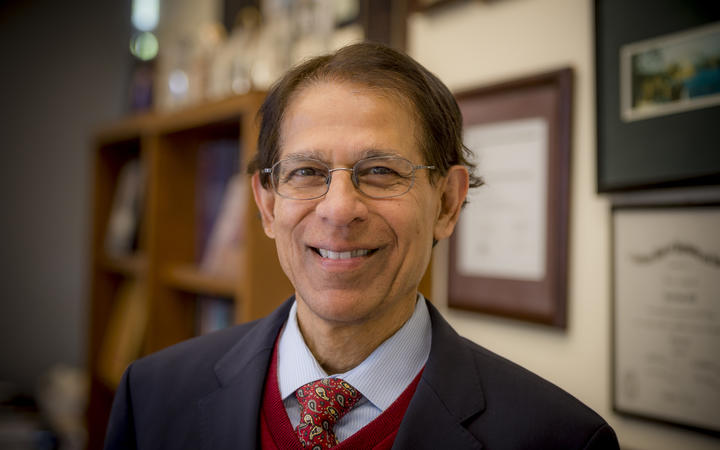 Dilip Jeste is a professor of psychiatry and neuroscience at UC San Diego. Photo: Supplied

Prof Jeste says one of the main things about getting older is people gain better control over their emotions.

“They become less impulsive, they tend to become more compassionate and helpful towards other people. There is also better self-reflection, trying to understand why they did or did not do something.

He says his colleagues and friends couldn’t understand why he would specialise in geriatric psychiatry, believing it would be depressing.

“[They felt] ageing is all doom and gloom, everything goes down with ageing: physical health, cognitive function, there is depression, there is dementia. What I found was exactly the reverse.”

One of the breakthroughs he discovered was that some patients with schizophrenia actually got better, mentally, with age rather than deteriorating further, as previously thought. Symptoms like delusions and hallucinations became less prominent and became more responsive to treatment.

That led to a study of around 2000 people randomly selected from the community aged between 20 to over 100 which they have been following for around 8-9 years.

Prof Jeste said subjects reported a decrease in levels of depression, stress and anxiety as they aged.

One of his more controversial findings was that wisdom increased with age. Others in the field of psychiatry scoffed at the suggestion, arguing that wisdom is a philosophical or religious concept which can’t be effectively measured. Dr Jeste defines it as a complex personality trait that shows capacity for self-reflection, control over emotions, empathy, compassion, acceptance of uncertainty and diversity in life.

He stresses that wisdom is not the same as intelligence - which can decline with age. Conversely, many people with very high intelligence have low wisdom. He said wisdom is the balance between the pre-frontal cortex, evolutionarily the newest part of the brain which makes us human, and the amygdala which controls emotions.

The brain also begins to compensate for the loss of neutrons and synapses by activating different regions in fulfilling tasks. As an analogy, he says a young person might be able to push a car with one hand while an older person would need to use two, but they both end up achieving the same task.

He says that some people who are active actually end up forming new synapses and neurons as they age.

Prof Jeste says we need to change - particularly in the west - our treatment of elderly and include them more in our day-to-day affairs. Studies have shown that having elderly present in family life is beneficial for old and young and actually increases fertility in later generations. The same patterns are present in dolphins and whales.

“In the last two to three decades, there have been major changes to society. Globalisation is one, the rapid evolution of technology is another. And these changes have totally uprooted the social fabric. It has had several advantages and benefits, but it has also had downsides.

“The downsides we are now beginning to see in the form of increased number of suicides, increased death from opioid abuse, and increased loneliness. Studies have shown that loneliness has doubled in the last couple of decades and that’s true at all ages. As a result, the average lifespan fell for the fourth time in 50 years.

He says it shows the need to embrace older generations and their wisdom.

“If we do that, well-being will improve at all ages and these totally avoidable deaths due to suicide, opioid abuse and loneliness will fall."