Frank Dikotter - ruling with the cult of personality

Dictatorships have always exploited the ‘cult of personality’ to achieve the illusion of popular approval. But just how do they do it?

The cults and propaganda surrounding dictatorships from the likes of Hitler and Stalin to Mao Zedong and Kim Il-Sung are revealed in a new book by Dutch historian Frank Dikötter.

How to Be a Dictator describes how these men built their regimes and maintained their public images and how those dictatorships influenced Vladimir Putin, Xi Jinping, and Recep Tayyip Erdogan. 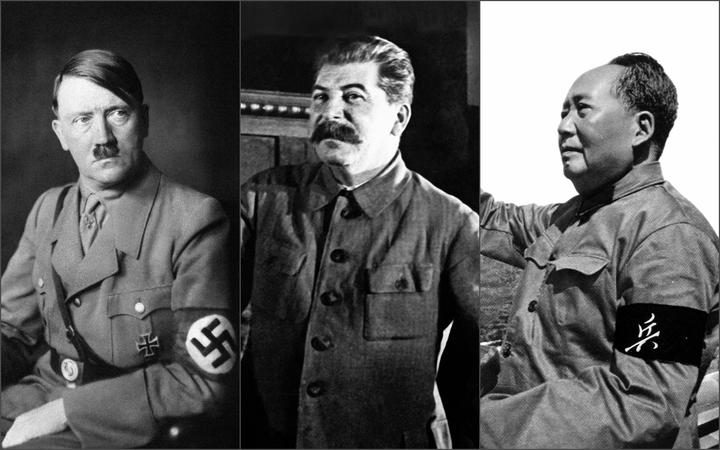 Rise to dictatorship: humble or self-acknowledged genius, paranoid, and ruthless

But leading the life of a dictator isn’t all smooth-sailing, Dr Dikötter says, with no retirement ever in sight, on edge all the time, and afraid of being stabbed in the back.

“You start distrusting all those around you, not to mention the population at large. You cannot trust your friends and you can't trust your foes, you must purge and purge, you must manipulate people, pit them against each other, and most of all, as I say in the book, you must make sure that they love you. 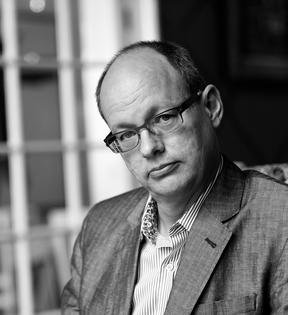 “Or at least that they create the impression that they adore you with what is generally referred to as a cult of personality.

“When everyone is forced to acclaim you in public, you turn everyone into a liar, when everyone is a liar it becomes more difficult for your opponents to organise a coup against you.”

That’s part of the key to the success and rise of dictators, they must compel their followers to acclaim them in front of others, he says.

“[People] have to bow to the likeness of a dictator passed by statue, praise his name in public, recite his work, extol his genius and his close followers have to constantly acclaim him in front of all the others.

“When you do that, you are not so much trying to convince them that you are really a great towering genius and leader of the nation, what you are doing is destroying common sense.

“You destroy individuals and their dignity in particular, you enforce obedience, you turn people into captive subjects who self-monitor what they think and what they say in public, and in turn, denounce others who somehow lack sufficient conviction when they offer signs of worship to the leader.” 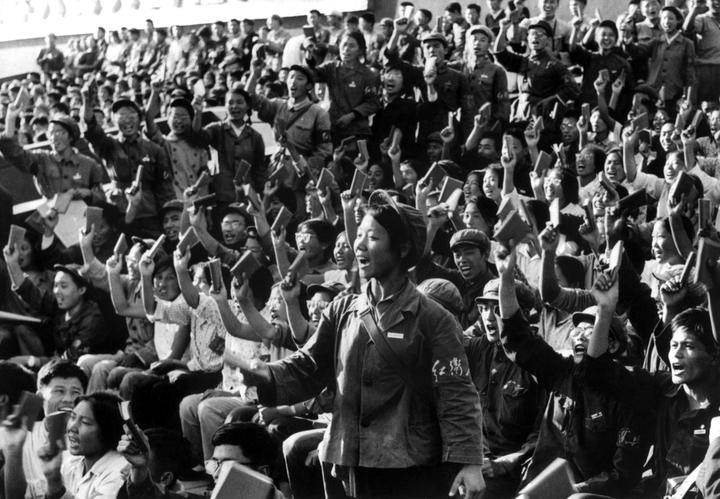 Among the 20th Century dictators that Dr Dikötter has looked at, he says there are some – like 'Papa Doc' Duvalier in Haiti – who present themselves as humble individuals, and others – like Stalin, Mao and Hitler – who are probably convinced of their own genius and flaunt it to the world.

“But yet on the other hand, even with all that self-belief, and that conviction that their star is the guiding principle of the party, that they are chosen by destiny in the case of Adolf Hitler, there's still this nagging doubt that there are those inside the ranks of the party beyond who don't quite believe them.

“There is constant paranoia that there are traitors at home and abroad, there's the constant fear of others.”

Whether these qualities were always lurking there or developed over time for these dictators is hard to determine, Dr Dikötter says.

“One of the issues with biographies of dictators is, of course, we know so little about the very first 20 years of their lives. When you look at what has been written about Chairman Mao, in the case of China, it rests upon less than a handful of very unreliable sources.

“The same can be said about Adolf Hitler, Stalin, and all the others, it seems to me that we must understand that they are men, they're human beings. And human beings change over time, power corrupts.” 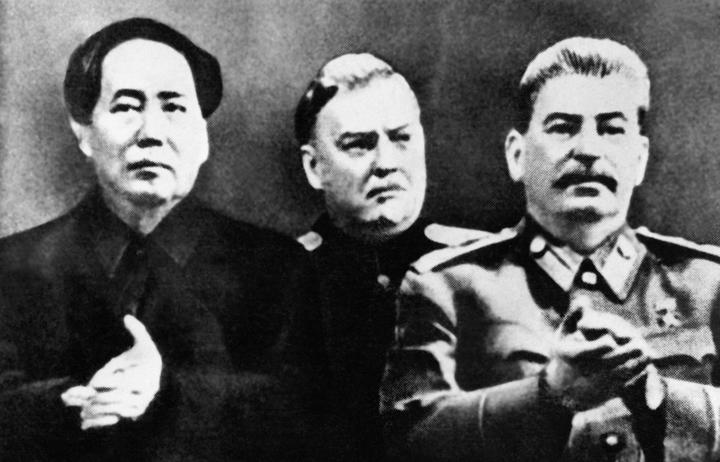 Nonetheless, there are some characteristics that help and being ruthless certainly is one of them.

“If you are willing to become a dictator, you must be prepared to eliminate your friends even before you turn against your enemies. So in that sense, I somehow doubt that Duvalier really had a lot of empathy for the people around him.

“It was said of Adolf Hitler, and I think this is something one could very much generalise about others, that … he had a nose for finding out who might be loyal and who might be an issue. And he would pit those who are loyal against each other, and he would get rid of those who he thought might be a danger.”

Eventually, dictators become so engrossed over the years in the lies – from being lied to, to lying to others – that they actually begin to believe it, Dr Dikötter says.

But they manage to survive through turmoil not only because they’re portrayed as geniuses and crush criticism, it’s just as important that people are not given any reason to see their leader directly involved in wrongdoing, Dr Dikötter says.

“So your number two, number three, four, and five, all the way down, will not dare to say anything in public, in fact, will probably sacrifice themselves and say ‘it was my mistake, it wasn't the mistake of our leader’.”

It comes to the point where the leader is almost religiously worshipped, adding to the ‘cult of personality’, he says.

“Stalin, Lenin, Stalin, Mao, Kim Il-Sung, Haile Mengistu in Ethiopia realised at a very early stage that a largely illiterate population in largely agrarian countries had very little interest in the philosophy of dialectical materialism and reading Karl Marx. It meant nothing to the vast majority of the population, but appeals to the leader of some sort of holy figure was far more successful.

“So when Stalin turned Lenin literary into a saint by having his body embalmed and displayed on Red Square, that's precisely what he does. And it is true for other leaders as well, including outside of Marxism-Leninism. 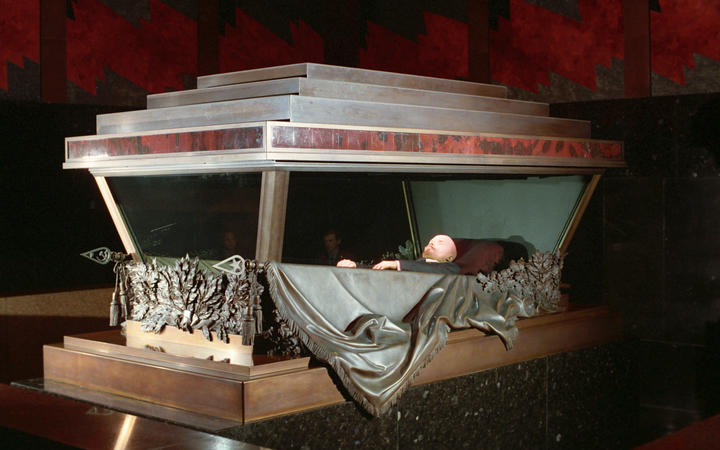 The embalmed body of Vladimir Lenin in the Mausoleum in Red Square, Moscow, in 1993. Photo: Oleg Lastochkin / Sputnik / AFP

“Mussolini was very keen to promote feelings of piety, which are very similar to Christianity, you know, the holy pilgrimages to his place of birth, holy pictures, possibly even the hope of a holy touch from the leader himself in Rome.

“Duvalier 'Papa Doc' goes even further, he quite deliberately encourages rumours about his other worldly powers … He models himself very much along the figure of Baron Samedi, a popular Voodoo figure who's supposed to be spirit of the dead, guardian of cemeteries.

“He appears frequently with dark glasses, and has a deep sort of nasal tone, as if he is chanting incantations against his enemies.”

Sentiments and ideologies that take over

At the heart of it, there are ideologies that the leader enforces under their rule but as a dictator, they’re also free to change their mind – as was the case with Mussolini.

“He said it was his intuition that would guide them, and he does not hesitate over the course of his career to change from being a socialist towards becoming a fascist within literally years,” Dr Dikötter says. 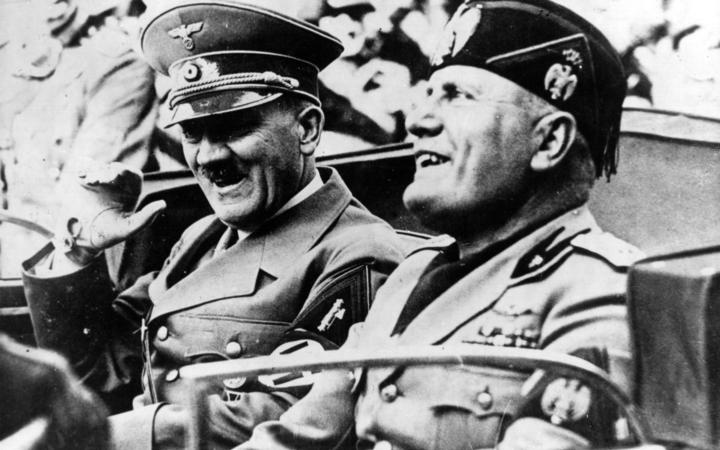 Adolf Hitler and Duce Benito Mussolini in an open car on a drive through Florence in 1938. Photo: DB / DPA Picture-Alliance / AFP

In the case of Hitler, anti-Semitism and nationalism were core to his rule but then one can see that these sentiments are still widespread today, he says.

“The truth is that Hitler was all about Hitler-ism, it was all about his own person. It was his star that was the guiding principle of the Nazi Party. He [believed he] was the Messiah, the one somehow who would be guided by Providence to restore Germany to its former greatness.”

The point is that ideologies are not rigid under dictators and so Stalin’s followers were Stalin-ist, under Mao a Mao-ist, under Kim Il-Sung a Kim Il-Sung-ist, Dr Dikötter says.

“And in the case of North Korea with Kim Il-Sung, what is so interesting is that from 1968, and was all foreign books become suspect, including the writings of Karl Marx and Friedrich Engels, and by 1972 Marxism is written out of the charter of the party replaced by Kim Il Sung-ism.”

Dr Dikötter says some have the impression of Mussolini as a benign dictator – that he was merely dragged into World War II against his better judgment and that, in relative proportion to Germany, few Italians were sent to prison – but that’s not the case.

“What he did in North Africa, Libya in particular, and what he did in Ethiopia, was absolute horror. These were truly crimes against humanity on a staggering scale, with the use of mustard gas, and the indiscriminate extermination of large proportions of the population in order to instil fear.”

In addition, there are also people who write about how one should view Chairman Mao in a more nuanced way, that he did more good than bad, Dr Dikötter says. But topping them all, Hitler is the one that seems to attract the most attention.

“It is true [that Hitler] somehow spans as the symbol of absolute evil. Why, is very difficult to say. Probably because ultimately, he did manage to appeal to a very dark side of nature, a very truly horrendous instinct to exterminate anything and everything that is different.”

However, Dr Dikötter warns that people should be cautious against attempts to portray such leaders as “losers or mediocre individuals or people without any personal characteristics”.

“Mussolini used to sit in his Villa Torlonia … in his projection room and study every gesture, the head tilted backwards, the rolling eyes. Hitler had photos taken by Heinrich Hoffmann, his own personal photographer and studied every gesture there too. 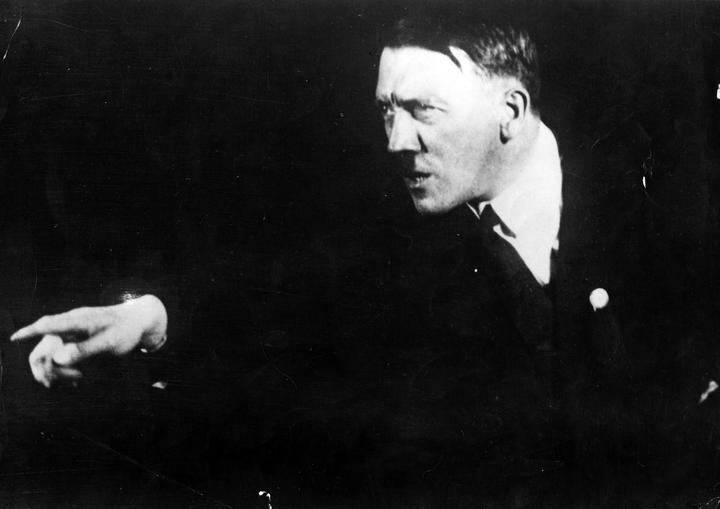 “They were great actors, very good choreographers. And in the case of both Hitler and Mussolini, superb orators, there's no doubt about that.”

The downfall of a dictator

While dictators are so afraid of a coup or being stabbed in the back, the biggest threat is actually themselves, Dr Dikötter says.

“Ultimately, that's the danger that when you have to make all those decisions on your own, you make the wrong decision. And one wrong step may well lead the regime to falter.”

But are we doomed to repeat history if their ideologies arise again? Dr Dikötter says it’s important to keep some sense of historical perspective.

“Again, it was in power, certainly in Europe, throughout the 1930s and early 1940s. It was very much a dominant force throughout the '50, '60s and '70s. I think, again, there is a lot of doom about what is happening, but ultimately, in many cases … what you see is democracy in inaction.

“And democracy inaction, can also very much be governments that are paralysed simply because it takes a very long time to have to sit down and sort out major differences that cut across all parties … But compromise is the heart of democracy.”

*Dr Frank Dikötter has been the chair professor of humanities at the University of Hong Kong since 2006, and was professor of the modern history of China, at the School of Oriental and African Studies at the University of London. His book 'Mao's Great Famine: The History of China's Most Devastating Catastrophe' won the 2011 Samuel Johnson prize, the UK's most prestigious book award for nonfiction.