Pet numbers need to shrink to help save the planet

Pet ownership around the world continues to grow, and the environmental cost is skyrocketing along with it.

Professor David Raubenheimer, Sydney University's expert on nutritional ecology says people need to start making compromises when it comes to pets, including the number of pets we have, the size of those pets, and also the species.

In the New Scientist journal, it was claimed that the carbon footprint of a sports utility vehicle driven for 10,000km for a year is less than half of that for a dog like a Labrador.

Prof Raubenheimer says a comparative calculation like that would be complex, and he didn’t want to comment on it, other than to agree that the carbon footprint of a large dog is “significant”. 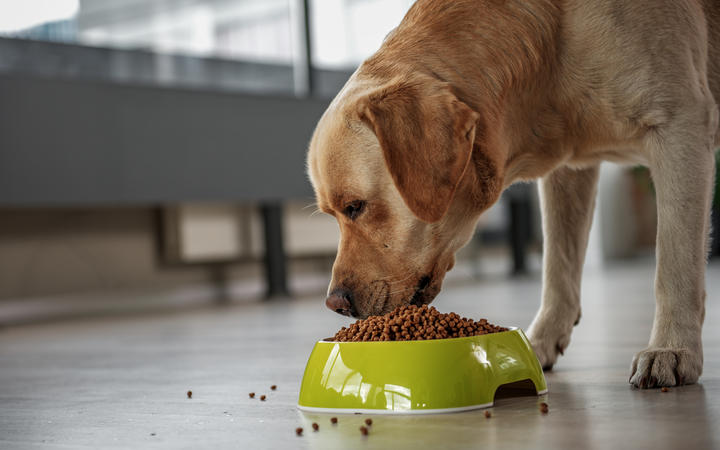 While cats can be more sustainable, he says, they have their down side too, with their more carnivorous nature.

But Prof Raubenheimer reiterates that he’s not suggesting people don’t own any cats or dogs at all, merely that we choose wisely based on our needs.

“Those owners should take into account all of the big issues in making their choice – animal welfare, in relation to the foods that the pet eats, are other animals killed for that purpose, and the environmental impacts.

“The main thing is to think carefully about the broader consequences of which pet people choose to own.”

There’s also many other alternatives available at pet shops, like rabbits, hamsters, mice and fish for owner-to-bes to consider, he says. And for those wanting something a little more agricultural with benefit, there’s been a trend for people to keep chickens as pets.

Being the owner of two cats himself, he says he doesn’t discount the pleasure or privilege of having cats or dogs as pets.

“If we need an animal to guide us, a chicken wouldn’t do. But the vast majority of pet owners don’t own dogs for that purpose.

“So what we need to do is decide on what the specific needs are and based on those specific needs in relation to the bigger picture - such as the welfare of farm animals that go into feeding carnivorous pets and also based on environmental impacts – that’s what the decision needs to be based on.” 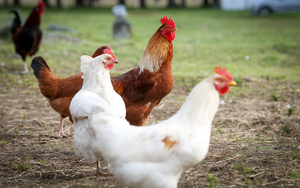 Chickens are quite useful in the sense that they can be fed food waste, but Prof Raubenheimer warns it’s important to balance that with proprietary chicken feed.

But is it an issue if dogs and cats consume meats that we don’t? And that’s an entirely reasonable argument, Prof Raubenheimer says.

“The important thing for that is firstly, we need to quantify that. We need more research around that issue, we need to learn exactly what the proportion of non-human-suitable animal product is that goes into pet foods.

“We need labelling on products so that consumers know to what extent they’re buying by-product that otherwise would not be suitable for human consumption. There’s a growing trend in the middle classes towards buying premium pet foods that have a higher proportion of animal products that are not by-products but are potentially consumable by humans as well.”

On the other hand, animals and pets aren’t entirely to blame for the broader problem. Prof Raubenheimer other areas of his work focus on how human population growth, our diets and lifestyle affect the planet too.

“So pet ownership isn’t something that is focussed on to the exclusion of human numbers but it’s part of that consideration of that issue.”

More recently, some have opted for their pets to be vegetarian, with plant-based animal food products that are formulated to depict the taste of meat hitting the shelves. While these products may help alleviate the problem, Prof Raubenheimer says we’re far from reaching the stage they’re sufficiently developed to provide a healthy diet to carnivorous animals.

“They will mitigate the problem, but the problem also has to do with the sheer number of pets that populations own and, secondly, really important is the size of those pets.” And the impact of consumption is significant, he says. Research in the United States claims that the country’s dogs and cats consume about 19 percent as many calories as the human population, or about as much as 62 million American people.

Prof Raubenheimer says he hopes that in two or three decades there’ll be a reduction in dog and cat ownership, maybe even pet ownership in general, that is logically thought through.

“There’s a lot of risk in speaking of these things publicly because they are emotionally fuelled … I’ve already got people implying that I’m in the pockets of the pet food industry, because I’m questioning more broadly the pros and cons of different approaches to pet ownership.

“I’m an academic, I’m not in the pockets of the pet food industry.

“What it’s going to take, as I said at the discussion forum, is a mature discussion that takes into account the broader issues, including not only the commercial benefits of the pet food industry or the ideological position of some people who think that we should be feeding our companion animals only whole foods with no contribution of processed foods.

“Those are extreme views, neither of which are going to solve the problem. We need to get together and discuss a solution that is mutually feasible and that can address the problem that we’re all confronting at the moment – which is disastrous impact on the planet in which we live.”