Vinyl, a music format that was believed by some to have died decades ago, is now on the verge of outselling CDs for the first time since the mid-1980s, Rolling Stone magazine reports.

Last year, a report from the US suggested CD sales were declining three times as quickly as vinyl sales were growing.

While streaming dominates, the rise of vinyl meant that legendary artists like The Beatles, Pink Floyd, David Bowie, Fleetwood Mac, Led Zeppelin, Queen all sold more than 100,000 vinyl copies in the last year in America.

Marbeck's Records owner Roger Marbeck told Jim Mora that the resurgence in vinyl has been nostalgically pleasing to witness, with demand usually favouring the big names in the industry. 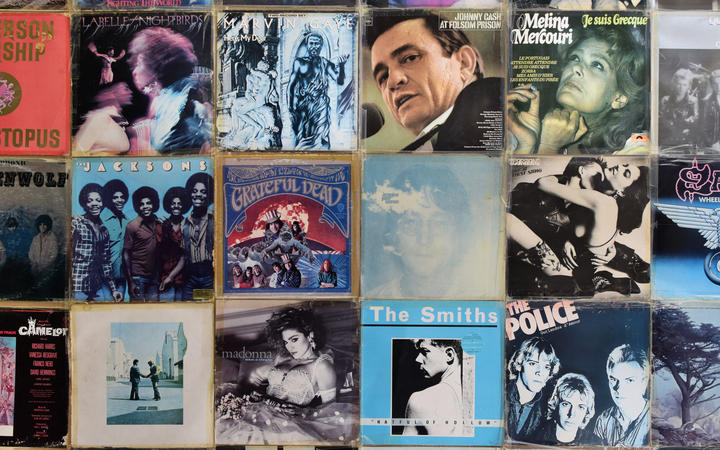 “I didn’t think I’d be rebuilding LP bins, that’s for sure, but I had to," Marbeck says.

“In the stores especially, you’ll get families coming in and they’ll be going through the vinyl bins [saying] ‘have we got this one? Have we got that one?’ There’s a whole interaction of families in there, which is really interesting and nice to see again.”

CDs and streaming are more convenient, but the appeal of vinyl has been a driving force, Marbeck says.

“It certainly has that smoking jacket and slippers feel to it I suppose. CDs are an extremely convenient format and a lot of people have gone to streaming and etc, which is a very convenient thing and it’s a homogenised conveyor belt of all sorts of music.

“But the CD buyer, I find, and the LP buyer wants the total experience of that work … and you’ll listen to it from beginning to end, as opposed to grazing across tracks, which is what you get with streaming.”

On top of that, he says streaming also uses compressed audio formats whereas vinyls are better able to convey the richness of the music.

“So there is that reinvigoration in the listening experience I would say.”

However, it is still an expensive format to manufacture, meaning that it’s a stop-start supply for record stores in New Zealand, he says.

And the resurgence doesn’t exactly mean that CDs will be knocked over completely, he says, because they’re driven by big events that tend to trigger spikes in sales – like new albums or an artist’s death.

“Say [if] there’s a new Adele album that came out, that would knock the figures out of the ballpark again. In New Zealand, we’d probably still sell 80,000-90,000 [copies] for a big artist if it came out of the ball park like that.

“The classical market is still very stable, that hasn’t gone to streaming as much, but certain genres have taken a super clobber.”