Back pain should be managed like the common cold

Almost everyone will have low back pain at some point in their lives, and instances are becoming more prevalent in low-income and middle-income countries, according to research.

While some of the obvious reasons could be our growing population, people living longer and obesity rates and for some people injuries or serious conditions, the latest findings from a series of papers in the Lancet Journal say this doesn’t apply to a large portion of people with low back pain.

The group of researchers are led by Monash University professor Rachelle Buchbinder, who says that for a lot of people the exact source of low back pain remains a mystery. 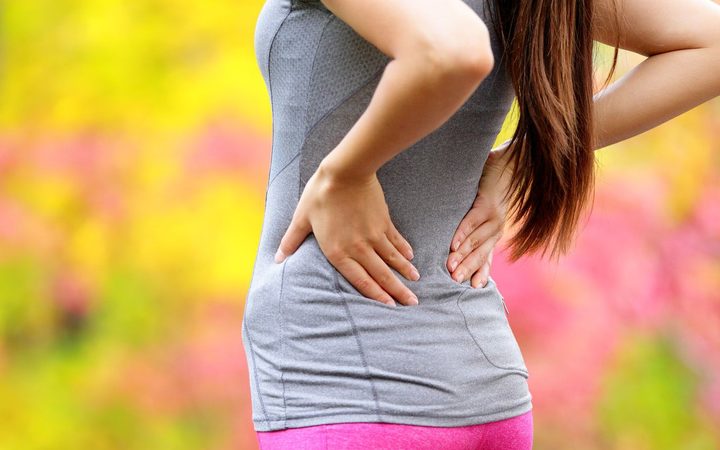 “If you take 100 people with back pain about 95 of them will have what we call non-specific back pain, the other 5 percent have things like serious conditions, so cancer, infection, or fractures, and another little group where there might be nerve irritation or compression in the back.

“Most people we can’t identify whether it’s coming from joints, disc, bones, muscles, or ligaments and so it’s common misconception that we can actually find a cause if we do a test, but we can’t really.”

It’s also the number one cause of disabilities in high-income countries, like Australia and New Zealand, outranking cancer and heart disease in terms of how much it affects quality of life, prof Buchbinder says.

Improving social and economic conditions could possibly reduce incidents of low back pain, the research shows, but that in turn could also create expectations and demands for medical investigations and low value healthcare that paradoxically increases the risk of long-term back related disability.

In fact, from the point of view of healthcare for back pain that’s acute, people who don’t have the time or money are probably better off, Prof Buchbinder says.

“It’s people that have lots of money, lots of expectations of ‘someone should be able to fix me’, they’re the ones that we tend to overmedicalise so they get imaging when it’s unnecessary and they often get more invasive treatment that’s unnecessary.

“They eat up the valuable resources and so then they often get poor care because they get imaging, and surgery, and injections – all of which we know are not very helpful – and so that doesn’t leave money for treatments that we know work like good places to have physical activities, like parks, and good housing, good education, those sorts of things – so that’s the paradox I guess.”

Instead of invasive and expensive treatments, she says acute back pain has become quite common and once patients have excluded serious conditions, they should treat it like a common cold.

“If you have a room of 100 people about one in four people will have back pain at that moment and about one in two will have had back pain in the last year. It’s incredibly common, it’s just like the common cold for most people, and that’s how we think it should be managed.

“So there’s no evidence that different postures make any difference like when you’re mother might’ve told you to sit up straight and those things we don’t think make much of a difference.”

In those cases, most people don’t need to see a doctor, she says.

“You start a cascade of things that might actually not do you any benefit but might harm you. We know that most episodes of back pain get better quickly, whatever you do.

“People think the treatment that they’re having is what’s caused the improvement, but most people – at least 60-70 percent – get better quickly without do anything at all.”

And going to see a physiotherapist for acute back pain immediately isn’t always helpful for all people either, she says.

“The group that do benefit from physio [are] the people that need the reassurance and advice and people that are afraid to move and people where we can identify early on they might have factors that might indicate they could have worse outcomes.”

On top a person’s economical situation, psycho-social factors also play role in the outcomes in treating back pain, she says.

However, Prof Buchbinder reiterates that anyone who has worrying symptoms and or a history of that pain, which could be a sign of something more serious, should definitely seek reassurance from their doctors.

There’s no one group to blame behind the problems in effectively treating back pain, but policy changes and education are key, she says.

“We need to change policies to be better in line with the evidence and then we need to educate the managers of health services, we need to have the right models of healthcare, we need to improve the training of our frontline doctors and allied health professionals, so they understand the problem of back pain.

“And then importantly we really need to re-educate the public, I think the main problem are the commercial drivers that reinforce wrong care because people are making from it.”