A common soil bacteria is believed to help increase resilience to stress by interacting with immune cells, a team of scientists have found.

Professor Chris Lowry from Colorado University is leading the research team, who have uncovered the Mycobacterium vaccae can help combat anxiety and depression. It's his hope that one day it can be developed into a vaccine.

In their search for the implications of the bacterium on stress related inflammation, the team identified an anti-inflammatory fat in the molecule that can quell stress related disorders. 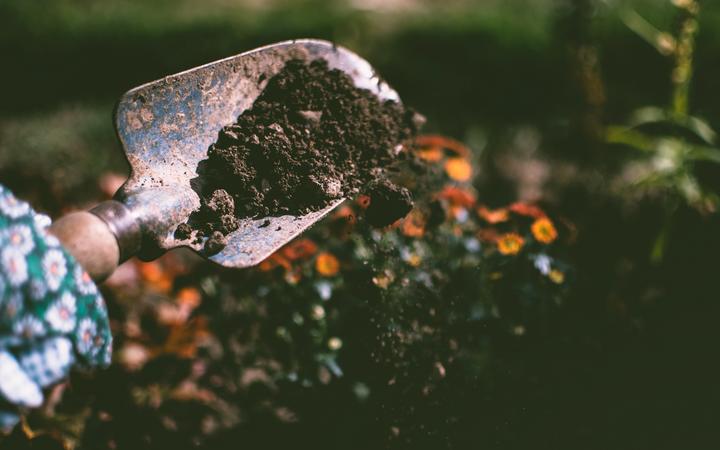 “We became interested in this particular strain of soil bacterium because it had been shown that injecting this bacteria into mice could prevent allergic airway inflammation,” Prof Lowry told Jim Mora.

“And that led us to a search for molecules within the bacterium that could confer not only protection from inflammation but protection against stress. And that's when we stumbled across this fat molecule that, in fact can suppress our own inflammatory response, and we believe could increase stress resilience.”

In a previous study done, Prof Lowry says they found that injecting the bacterium into mice activated a specific subset of serotonin neurons, which they predicted would have antidepressant effects.

“And when we looked at behaviour, indeed, we saw that injecting the bacteria created antidepressant-like behavioural responses in the mice and we saw increasing serotonin in a part of their brain called the prefrontal cortex, which is essentially what all antidepressant drugs do.

“So just exposure to these types of bacteria can alter the brain in a way that would prevent future inflammatory responses."

During testing, they also found that stress could be primed by immune cells from the brain, but the injection of Mycobacterium vaccae prevented the stress-induced neuro inflammation.

Prof Lowry says the world is undergoing an “epidemic of inflammatory disease” with inflammatory driven conditions on the rise since the 1950s, including multiple sclerosis, type one diabetes, and inflammatory bowel disease.

The effects of urbanisation may also have limited people’s exposure to soil and the potential health benefits of such microorganisms.

To test that theory, the research team tried to replicate the Farm Effect theory – which says that those who grow up on a farm with exposure to a diverse microbial environment form protection later in life from allergic airway inflammation.

They took a group of healthy men from Germany, with collaboration from University of Ohm, and conducted a study while observing them under stressful experiences – such as presenting in front of a camera and solving complex math equations.

“And what we found with these young, healthy men in Germany is that individuals that grew up on a farm with farm animals reported feeling more stressed and more anxious. But the people that grew up in cities without pets in this case, had a much-exaggerated immune inflammatory response,” Prof Lowry says.

“And we think this is because of the lack of exposure to the type of microorganisms that would normally keep that inflammation under control.”

Prof Lowry says this type of chronic low-grade inflammation seen in urban environments can predict depressive symptoms up to 10 years later, and that increased inflammation is a risk factor for developing Post Traumatic Stress Disorder.

While it may not be easy to get your hands in soil in an urbanised area, Prof Lowry says if a city’s water supply uses chlorination it will allow the expansion of micro bacteria.

“So maybe as an unintentional consequence of chlorinating our municipal water supplies, we've unknowingly been concentrating these micro bacteria in the water that we drink.”

“This makes a lot of sense is plants are living organism, they grow in the soil. And even a three to four leaf spinach plant has over 800 different types of bacteria that live inside the plant.

“You can't wash them off when you eat fresh plants, you're eating living bacteria, and the more plants you eat, the more diverse exposure you will get.”

Now Prof Lowry says his research team is screening 65 novel strains of micro bacteria from soil, water, and mud sources, to see if specific ones also have similar health benefits to what they found with Mycobacterium vaccae.

“I might be overly optimistic. But I think this is coming very soon. In terms of the immunisation, in other words, injections of the bacteria, we think there's also a future for these types of immunisation under certain conditions, and that is probably more likely to be five to 10 years off.”