Cats are getting heavier by the year

Ground-breaking new research out of the University of Guelph shows that cats, like humans, continue to put on weight as they age, and their average weight is on the rise.

Dr. Adam Campigotto says that cats are heavier now than they were in the 1990s. 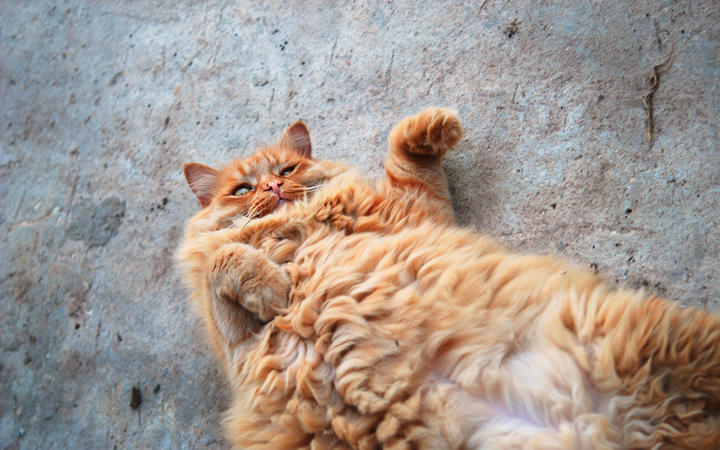 “Cats in general seem to gain weight until around 8-years-old before losing weight soon afterwards.”

The research looked at 19 million cats in north America, but Campigotto assumes similar trends will be present in countries like New Zealand.

He says while he doesn’t know the reason for the weight gain, keeping cats indoors, which seems to be a current trend, may limit their activity.

We also may be feeding them tastier treats, and taking care of them better, he says.

“Regardless of what’s the ideal weight, which we don’t have [information on] yet, we want to make sure that we’re constantly aware of changes in our cat’s weight.”

After maturity, cats shouldn’t be gaining too much weight, says Campigotto.

Male cats tend to reach higher weights than female cats and spayed cats tend to be heavier than those not spayed, he says.

“Males of most species are going to be usually the larger of the two and often the neutered or spayed individuals are a little less active and their metabolisms a little different, so we do often see obesity issues in those altered individuals.”

Of all cats in the study, 52 percent had only one body weight measurement on file – they’d only been weighed once.

Campigotto says it’s one of the bigger concerns researchers had.

“Cat owners are definitely more hesitant to bring their animals in, cats are excellent at hiding any problems, cats are also usually a little bit nervous going to the veterinarian, so people don’t seem to take them as often.”

If cats aren’t feeling well they’ll often hide or keep quiet, meaning by the time we notice there’s often something physiological going on, he says.