Alan Duff: Back straight-talking with a new book

There's been a lot said in the past few weeks about the ongoing and powerful effects of colonisation on Māori.

The government-appointed Safe and Effective Justice Advisory Group came out with the He Waka Roimata [vessel of tears] report with a call in it to change a criminal justice system that's "clearly not working".

Māori are 16 percent of our population but comprise 51 percent of the prison muster and the solution being urged is to seek repair from within iwi, hapū and whānau.

Recently Stuff decided to see if much had changed in New Zealand since the film Once Were Warriors brought us a brutal depiction of life behind closed doors in Õtara in the family of Jake the Muss in 1994.

It concluded while there's more disclosure today, the problems of poverty, domestic violence, children in state care and drug and alcohol abuse persist. 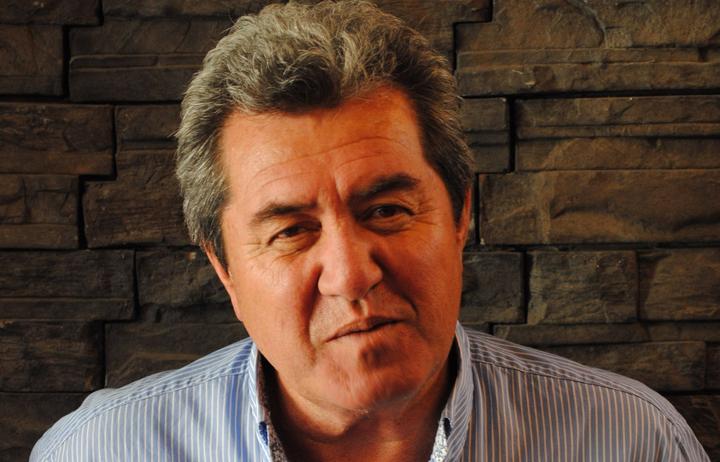 Alan Duff, the author of the novel Once Were Warriors, has just published a new book A Conversation With My Country.

The straight-talking author is courting controversy again after being inspired to write his latest work after living in France and seeing New Zealand in a different light when he returned.

Duff told Jim Mora that he has been saying for three decades, Māori should solve their own problems.

However, he is sceptical that tikanga Māori is wholly the solution to high Māori incarceration rates.

“Look, I'm friendly with [Minister of Corrections] Kelvin Davis and I'm not knocking his genuine sincere attempts with the $93 million tikanga Māori programme. But I did say to him I don't believe for one moment that it will work. And he told me that he believes that it will.

“They're not there [in prison] because they’re lacking in tikanga Māori, the tikanga Māori would help, they're there first and foremost because of bad parenting, abusive childhoods and being knocked from pillar to post,” Duff says.

Practical solutions to reduce recidivism are what’s needed, he says.

“We've got to give them five, ten grand when they get out, so they can pay their rent in advance, pay their bond - instead of us fretting about what if they go on the booze.

“It's madness that we spend $120,000 a year to incarcerate somebody and yet we give him 300 bucks when he walks out those prison gates.”

“You're just inviting the person to come back as a yet another recidivist and cost the country another $120,000 a year because you want to save a lousy $10,000 by giving him a bit of a headset or a bit of a kickstart.”

Duff believes it is time Māori moved on from notions of post-colonial trauma.

“How many years are we going to use that excuse? How many years; another 25, another 50, another hundred? How long do we keep saying post-colonialism did this to us before we look in the mirror and say it doesn't matter what made us like this, what's going to unmake me like this? It is so simple.”

As to the trauma of his own violent childhood, Duff says he has made it a source of positivity.

“I'm a living example of using the trauma and turning it into positive things. All of those experiences of Once Were Warriors and all of those characters at some stage or other in my life I had either lived it, or witnessed it or inflicted it - or being an inmate – it doesn't matter what. But everything was turned into a positive and that's all I'm saying, I'm not pointing the finger, I'm not hectoring.”

Duff told Jim Mora he wanted to “outshout all the voices of negativity.”

“Like blaming fast food outlets on Māori and Pasifika obesity, it's just a nonsense, it isn't the fast food operators, it's us, of our own volition, walking in through the door and ordering fast food that is responsible for our obesity.

Duff acknowledges, and is pleased to see, what he calls a Māori “revival”.

“I don't call it the Renaissance it's too rich a word, It's a revival. And I'm happy to call it a revival and delighted that it's a revival. I love my Māori people. Why wouldn't I?”

Duff is no stranger to criticism from both Māori and Pākehā, but says he has little time for academic theorists.

“Quite frankly, over the years, having visited hundreds of schools, decile one and two and three schools throughout the country, I've never seen hide nor hair of these people with their grand theories and their endless laments about colonialism and its terrible effects on us.

“If they’re so concerned, why haven't they been there supporting our [Duffy Books in Homes] books in homes program?

“Why has the literary establishment been completely silent on what we've achieved? Do they think 13 million books is not enough? Well, how many books did they put into these poor communities? They didn't, they didn't put a single one into the poorer communities. I don't even think they've got a right to be pontificating on these issues.”

Nevertheless, Duff says the revival in Māori culture and entrepreneurship is a miracle, for a race that was considered “doomed” in the early 20th century.

“The revival, the cultural revival, it's just a miracle. We're just witnessing a miracle.”

As to concrete problem-solving, Duff says the language has to change.

“All right, why are so many Māori in prison? Because of bad parenting. And then people say oh there's Allan Duff putting down his people again.

“But all of the Pākehā prison inmates are also there because they’ve got bad parents, it is just a fact around the world people who have bad parenting, abusive childhoods, tend to end up in prison or creating social mayhem somewhere.”

He says once it is called for what it is, change can happen - and that change wont't come from white or brown liberals.

“All the columns that have been written in the white, middle- class magazines like Metro and North and South and The Listener - I don't know of any Māori that reads those magazines.

“They're having a conversation about us, to us and at us, but it's not including us. And they’re all white people awarding themselves, patting themselves on the back for what they did for people that don't have any idea that they even exist, because they haven't read a single word that has been written about them.”

But, Duff says that despite some intractable problems, he remains optimistic.

“I think we're going to be the truly great little nation.”