Paul Anthony Jones: 'Around the World in 80 Words'

Wordsmith Paul Anthony Jones has uncovered where some of our most famous words come from, their surprisingly ordinary meanings as well as their often innocuous beginnings.

Jones details the intriguing stories of how 80 different places came to be imortalised in our language in his latest book Around the World in 80 Words, A Journey through the English Language. 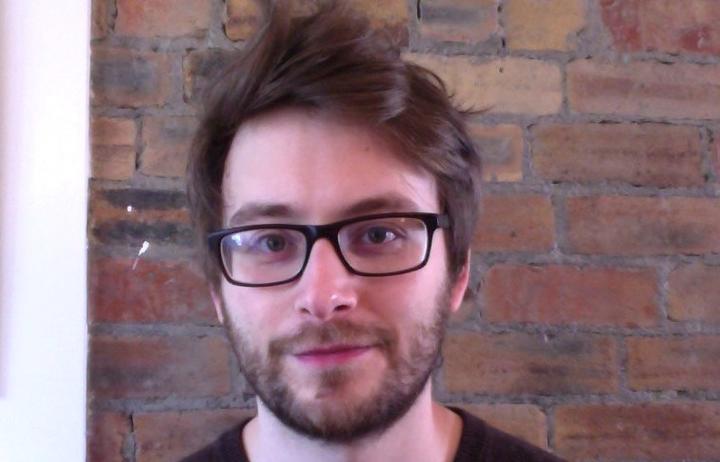 The book begins in London, where the origin of the place name is still contested with 5 or 6 theories claiming everything from the name being Welsh, meaning a tidal pool on the river Thames, to Ancient Rome and the Moon goddess.

“We sort of forget that place names are words too, so they’ve got stories behind them just like every word in the dictionary does.”

New Zealand features in the book too – ‘Karitane yellow’ is what could be described as the colour of what’s found in a baby’s nappy. In fact, Jones thinks that’s because health service Plunket had its beginnings in Karitane. The term popped up in a dictionary of Kiwi English that Jones has on his shelf at home – alongside a raft of other dictionaries.

Due north of New Zealand, 4000 miles, is Bikini Atoll. A lot of people think that this is where the popular swimsuit was invented, says Jones, but it’s World War II that brings the two together.

“The Bikini Atoll is where the United States carried out their atomic bomb tests and around about the time that those tests were making the headline news all over the world there was a fashion designer in Paris called Louis Réard who did this two-piece swimsuit.”

Réard was trying to decide on a name for it and was aware that there was already a two-piece called ‘the atom’ in French. He wanted to play on the idea that new technology was taking hold all over the world, so he called his swimsuit the bikini.

“It was the fact that this island was making headline news because of atomic bomb tests, he wanted his bikini to have this impact on the fashion world."

If you’ve ever thought about where the world ‘dollar’ comes from you probably would never guess it all began in a tiny Czech town. It’s Jones’ favourite story in his book, he says.

“There’s a tiny, tiny town right on the border between the Czech Republic and Germany called Jáchymov and about three hundred years ago or something like that it was part of Bohemia and was known by Joachimsthal and the reason this town became so important was Joachimsthal was home to a silver mine with the best silver in all of Europe, so this silver was used to make coins and it became known as Joachimsthaler.”

The coins were used and traded across Europe, turning up in France and Holland and across the channel in Britain. “And then traders in Western Europe took these coins across to their colonies in the United States and it started to get traded around there.”

Because Joachimsthaler was a bit of a mouthful, Jones says it got shortened overtime, becoming sthaler and then tolar and finally in the North American accent; dollar.

South Africa had an outsized impact on English words. Trying to piece together why, isn’t very straight-forward, Jones says.

“I don’t know whether it’s because a lot of these words maybe were driven by military, by the fact that if Britain was at war with this country or it had a military presence in this country, for a long time troops would take this place names back with them, so that’s why there’s so many in India, there’s so many in South Africa.”