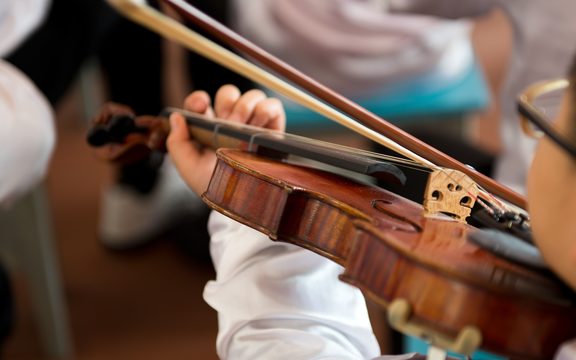 Jessica Chiccehitto Hindman thought she'd achieved a lifelong dream when she landed a job as a professional violinist with an ensemble in New York. It turned out she'd become a star performer in a sham. In her book Sounds Like Titanic: A Memoir, Hindman details her chaotic time on tour with a shady musical group run by a mysterious figure named only as 'The Composer'. She reveals that when the group "performed", its microphones were never on and actual music was piped in over the venue's sound system. Though audiences were genuinely moved by these shows, Hindman's job impersonating a musical virtuoso in concert halls across the US left her suffering increasing disillusionment and a spiralling crisis of identity.