Tim Minchin: Taking his art back and performing solo

Tim Minchin, the comedian, musician and composer of Matilda The Musical has been described by some people as a genius. But when Jim Mora puts it to him, his Australian humility kicks in. 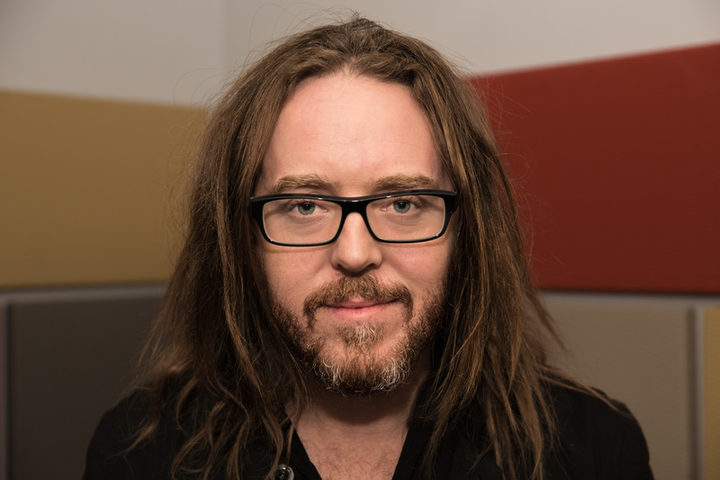 But that same humility is part of what drove his success in the business.

“When I reflect on how well it all went when I started doing comedy, I think part of it is the contempt with which I treat my musicality; because I’m not very good, but I’m good enough as a musician that people would expect me to take myself seriously in that regard.

“When you get to a certain point of skill with an instrument, you’re meant to sort of walk on and bow and it’s all very sacred, whereas, I just thrash the crap out of the piano. I shrug it off, and I think that’s nice to watch.”

People have said Minchin could have been a Billy Joel or Elton John, but he was slightly too talented for it.

“I think I get to have my cake and eat it too these days. Because I got known as a comedian, although I’ve written quite a bit of theatre, I write songs in all sorts of directions."

Minchin was educated in Perth where he did a degree in English and Theatre before doing an advanced diploma in contemporary music. He started writing music when he was 11 or 12. His older brother was a guitar player and encouraged Minchin to write songs with him.

Success came late for Minchin. He was in his 30s when his career finally took off and it’s been skyrocketing since then. But he’s still unsure of himself.

“I think I’m utterly defined by an absence of really rooted personal conviction. It’s why I work so hard, and why I try do so many different things. Probably my defining characteristic is that I feel I need to prove myself over and over and over again. Now I’m split down the middle. Part of me thinks I know what I’m doing and part of me has still got deep doubts.

“The thing that kept me going was that every time I did something that someone would say was special, I would hang onto those things very tightly. It wasn’t so much sure conviction, it was more a desperate cling to a hope that there was a place for me in the industry.”

He says in the beginning he was driven on by a want for affirmation, but now he’s motivated by curiosity and a want to put good stuff out there.

“I feel absolutely no diminishing of drive and it’s never been financial, though it’s lovely to have been involved in something like Matilda which gives you a bit of security, I just obsessively want to make things. The fact that I really didn’t get anywhere until my 30s means that I was defined by a sense of ‘are they gonna let me make stuff?’ Am I going to be one of the lucky ones who’s allowed to be a creative. And now that I am allowed - and it’s only be 12 or 13 years - it feels very fresh to me.”

Minchin believes luck has a huge role to play in becoming a successful artist.

“My belief in luck is a fairly fundamental, philosophical foundation of everything I think. And when I say I’m lucky, I mean I’m lucky to have got the genes I got, and I’m lucky to have had the upbringing I got. Not just lucky to have been spotted, but I believe it’s all luck. Fundamentally the difference between me and a mentally unwell murderer is nothing but luck.

“There’s nothing you can attribute to yourself. I’m what they call a determinist in some ways, philosophically. So, when I talk about luck, I’m sort of talking about that.”

Minchin describes himself as a having a rational, scientific outlook on life and eschews the metaphysical and religious. He’s taken aim at the Prime Minister of Australia for his religious beliefs and did a scathing song about now convicted pedophile Cardinal Pell.

He spends a lot of time lampooning musicians and artists but doesn’t think they don’t necessarily have important messages. He says the right wing tendency to tell artists to “shut up” when they express political views betrays the ignorance of the role artists play in society and that their art tends to reflect modern life.

“On one side I think artists are important and I think should be treated as important. However, on the other, I think being an artist is not the only important job in the world. I don’t think it’s even a particularly important job, it’s just one of them. And certainly, the reverence with which we hold entertainers is absurd. I mean, they’re just replacing gods of old.

“We have an evolved instinct to kind of elevate someone and we do it for two reasons: one, because we need icons, and two, because we can’t wait to nail them to the cross. We need to elevate and desecrate our heroes. It’s a feeding thing, I don’t know what it’s about."

Part of his comedy, he says, is about keeping everyone grounded. He doesn’t need to be lampooned, however, because he has his wife to do it. She gave a Minchin a huge amount of support as he worked on his career, and while some things are easier now - there are things he misses about being a struggling artist.

“I have power now. I have agency. I have a huge amount of choice. I don’t have to worry about bills, my kids are privileged and, in fact, my main concern is mitigating it. But I have anxieties now that I didn’t have; that’s partly because of world and partly because I look at my phone. It’s an interesting time to be a powerful, heterosexual, cisgendered, white male, I’m very inclined to keep checking myself on that.

“I’ve just moved back to Australia after 12 years away. It’s interesting to move to a place where people know who I am, I don’t think that’s something I would wish upon everyone, it’s an interesting experience."

While Minchin gained recognition for his comedy, theatre is his real passion and he returns to Matilda throughout the conversation.

“Matilda has changed my life for the better without a doubt. It bought me back to theatre… I’m just a “theatre guy” basically and I’ve done a lot more theatre than I have comedy in my life.” 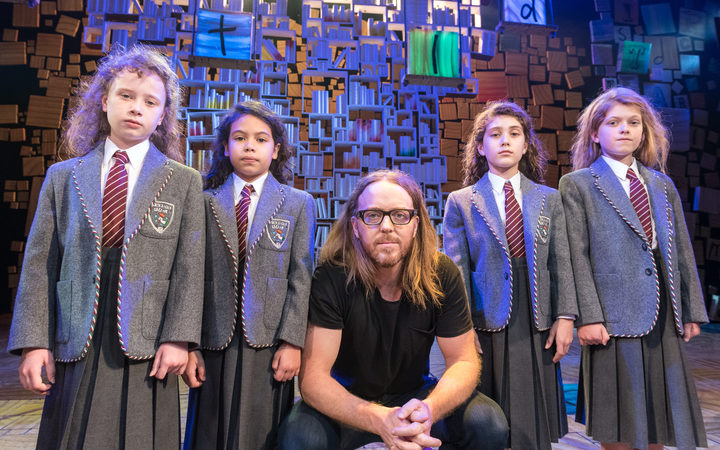 “It’s a beautiful thing to have in the world because I have doubts about my polemical stuff, whereas Matilda does no one any harm. No one has to suffer for it… it’s a joyous thing. The fact that it runs every night somewhere in the world, every night there’s kids going to the theatre for the first time and watching this tiny kid say ‘sometimes you have to be a little naughty’ - it’s my little micro-revolution.”

Prior to Matilda, Minchin was dealt a big blow when he was hired to work on the music for a DreamWorks film called Larrikins. The film had an all-star Australian cast including Margot Robbie, Hugh Jackman, and Naomi Watts. He worked for four years on the film and moved his family to Los Angeles but the film was shut down by the studio when DreamWorks was acquired by Comcast. He says Comcast chose not to take a risk on a new project despite $50 million already having been spent.

“It just broke our hearts… it’s a classic Hollywood story, but it’s one of the nastiest ones… it’s utterly psychopathic.”

Minchin is back in New Zealand in April for the first time in ten years to perform a series of solo shows. He will be donating a portion of the profits to local charities.